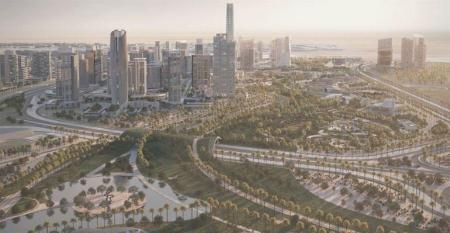 Arkan Palm secures EGP 1.5 billion financing for first phase of 205
Sep 21, 2021
205 is a planned mixed-use real estate complex in Giza that is being developed through the Arkan Palm joint venture.

The Boulevard: Set to become Egypt’s booming attraction
Sep 20, 2021
Mostakbal City's Boulevard is an exclusive invitation to embark on an enriching experience through authentic heritage reinterpreted in a contemporary, modern atmosphere.

Entrada: State-of-the-art residential development in Egypt’s New Capital
Sep 12, 2021
In the lead up to Cityscape exhibition in Egypt taking place in a few days (22-25 Sept), Cityscape Intelligence puts the spotlight on an outstanding project in Egypt's New Capital: Entrada by Sorouh Developments.