All the ways Egypt’s New Administrative Capital progressed in 2021 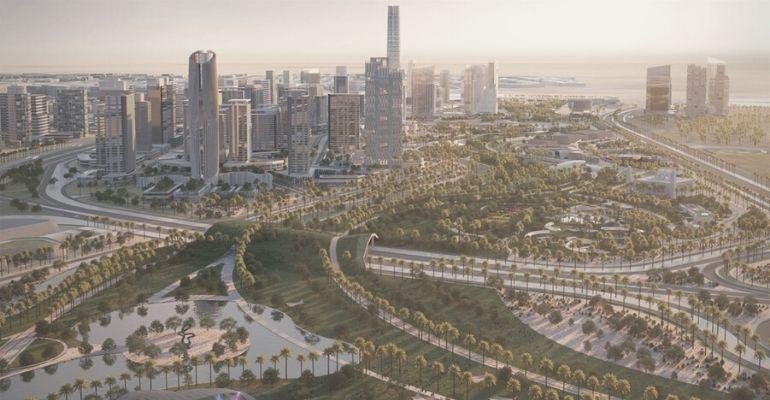 For the past several years, extensive construction work has been ongoing on Egypt’s New Administrative Capital. We look at how the project progressed in 2021.

First announced in March 2015 by then Egyptian housing minister Mostafa Madbouly, the New Administrative Capital is one of several large projects outlined in Egypt’s Vision 2030.

This initiative, consisting of eight national goals, is the Egyptian government’s long-term strategic plan to achieve sustainable development across all major socio-economic sectors.

Destined to become the new capital city of Egypt, the New Administrative Capital will be located 45 kilometres east of Cairo and will cover an area of around 700 kilometres. For scale, the city is expected to be equivalent in size to the city of Singapore.

Housing the country’s key ministries, foreign embassies and government buildings, this ambitious project will transform the area into the new administrative and financial centre of Egypt.

Once complete, the city will host six and a half million inhabitants and create more than two million new job opportunities.

Already exceeding 20 million, the population of Greater Cairo is expected to double in the coming decades, putting pressure on the country’s strained infrastructure and threatening its economic prosperity.

Currently one of the world’s most congested cities, a key driver of the project is to relieve congestion in Cairo and establish new metropolitan areas which will offer greater socioeconomic benefits to residents. 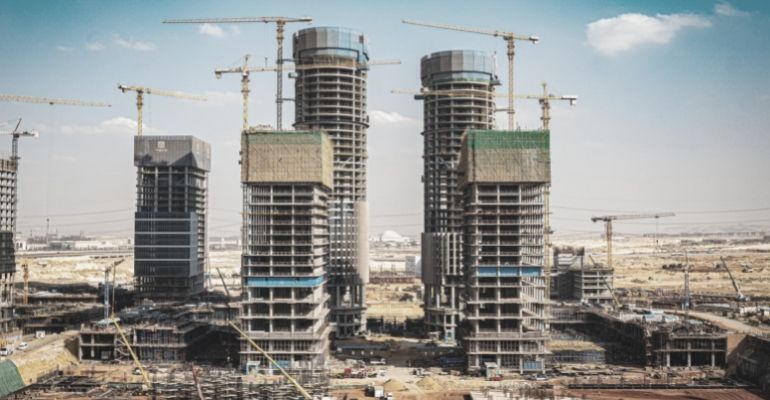 How has the project progressed in 2021?

Over the past year, extensive progress has been made regarding the construction and expansion of the New Administrative Capital, with several landmark developments such as New Garden City and Capital Residence nearing completion.

Although a full project timescale has not yet been disclosed, 2021 marked several momentous occasions in the project’s history to date, such as the hosting of the first cabinet meeting in the government’s new home in late December.

“Our meeting today in the government district at the New Administrative Capital sends a strong and clear message to the world that Egypt is taking steady and vigorous steps towards the future despite the challenges it faces,” Madbouly, now prime minister said.

At the turn of the year, we reflect on the key developments from the past year.

January: The National Authority for Tunnels, a jurisdiction of the Ministry of Transport of Egypt, along with Siemens Mobility signs an MoU with local companies Orascom Construction S.A.E and The Arab Contractors, to install Egypt’s first-ever high-speed rail transportation system.

February: The Iconic Tower, set to become the tallest tower in Africa, nears completion with 60 floors of a total of 79 unveiled.

March: The St. Regis Almasa, a new five-star hotel by Marriott International located in the heart of the New Administrative Capital opens.

April: Assem al-Gazar, Minister of Housing, Utilities, and Urban Communities, announces that construction in Garden City, the city’s fifth residential neighbourhood consisting of close to 30,000 residential units, 459 villas, and over 21,000 flats, is 92% complete.

July: MBG Developments announces the launch of White 14, a mixed-use commercial and administrative tower consisting of 14 floors, in the New Administrative Capital.

August: To cultivate a generation of Egyptian data and informatics experts, President Abdel Fattah El Sisi issues a decree to establish the Egypt University of Informatics at the city’s Knowledge City.

November: This month saw the launch of various notable developments in the new capital, including the E Tower by United Development Group, Inverse Group’s Bareq Tower, and the Maple Business Complex, delivered by Ontario Developments.

December: Chaired by Prime Minister Madbouli, the Egyptian government holds its first, iconic meeting at its new headquarters in the New Administrative Capital.