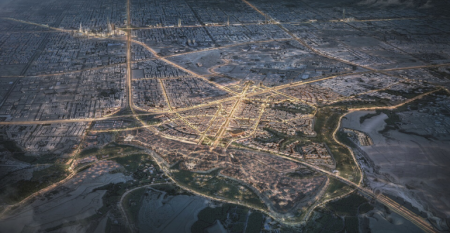 DGDA goes big, signing deals with 16 global hospitality brands
Dec 05, 2022
Creating a diversified hospitality experience, DGDA is seeking to transform the city of Diriyah and its surroundings into a worldwide...

KSA’s tourism sector is the fastest growing of all G20 countries
Sep 29, 2022
The recently updated UWTO Tourism Barometer highlights impressive tourism growth from pre-pandemic levels. KSA is noted as a strong example of this.

Rua Al-Madinah Project to Provide 93,000 Jobs & Boost Saudi GDP by $37m
Aug 30, 2022
Creating an attractive development to the east of the Prophet’s Mosque, the Rua Al-Madinah project will accommodate for 149,000 visitors per day.

First Look: KSA reveals new designs of NEOM’s The Line
Jul 26, 2022
His Royal Highness Mohammed bin Salman, Crown Prince and Chairman of the NEOM Board of Directors, has revealed new designs of the country’s most ambitious and sustainable city, NEOM’s THE LINE.

Investors and travellers could get a glimpse of NEOM following launch of commercial flights from June 2022
May 24, 2022
With Saudi Arabia’s futuristic city, NEOM topping the list as the first choice for property buyers considering investing in the...

Saudi’s Diriyah Gate ramps up tourism and arts & culture plans with new projects
May 11, 2022
In a bid to ramp up its tourism offering in the Kingdom of Saudi Arabia, KSA’s giga-project Diriyah Gate Development Authority ...

Fit for a king: the Saudi palaces set to become hotels
Jan 24, 2022
Saudi Arabia: A collection of iconic historic palaces will become ultra-luxury hotels under the Boutique Group.

The environmental ambitions of The Red Sea Project
Oct 10, 2021
The Red Sea Project is being built around several sustainability considerations as it aims to be one of the “the world’s most ambitious luxury tourism and hospitality.”
Load More