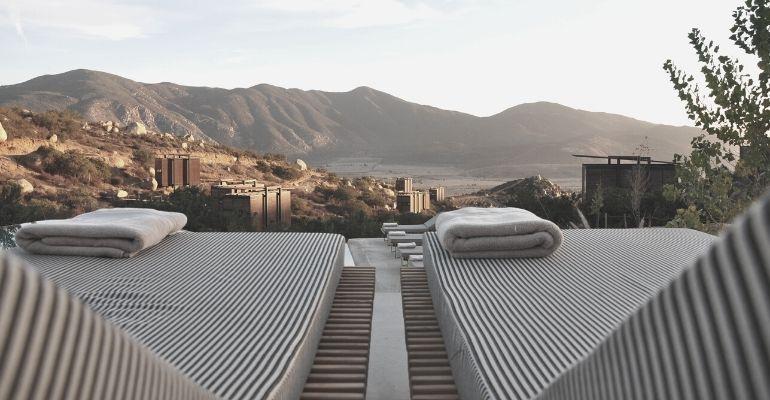 The KSA is becoming home to more and more of the world’s millionaires. What can we expect from them in terms of real estate investment in 2022 and beyond?

The events of the past two years have significantly impacted the spending habits of high- and ultra-high net worth individuals in more ways than one.

On one side of the coin, businesses worldwide suffered as ‘stay at home’ mandates and forced closures brought on by the pandemic led to a decrease in consumer spending and confidence.

Yet in in the world of the super-wealthy, in many cases these periods of economic inactivity offered the opportunity for HNWIs to amass large amounts of cash, which was then reinvested in tangible assets, notably luxury real estate.

In 2021, the number of UHNWIs grew by a staggering 9.3 percent globally, data from the latest Knight Frank Wealth Report shows. Saudi Arabia is one location that has seen a growth in the number of HNWIs over recent years, particularly in key cities such as Riyadh and Jeddah, where demand for luxury properties is also rising.

Now, two years on from when the pandemic first began, how have HNWI’s emerged from the crisis? Where did they choose to invest their cash, and what’s on the horizon for the year ahead in the realm of real estate?

The Knight Frank Saudi Residential Survey, carried out in partnership with YouGov, encompasses the responses of over 1,000 households in Jeddah, Riyadh, and Dammam, including a sub-section of 55 HNWIs.

Of the HNWIs surveyed, just over half (55 percent) have a net worth of over USD 1 million, reflecting the high levels of spending power in the Kingdom.

Preferring the domestic market, 73 percent of HNWIs currently own property in Saudi Arabia, with a relatively equal split between the two core cities of Jeddah (35 percent) and Riyadh (33 percent), which currently house 30 percent and 55 percent of survey respondents, respectively.

Having likely grown their savings over the past couple of years, more than one in seven of these individuals reported plans to purchase a home in the next 12-months.

Location-wise, the vast majority of HNWIs (77 percent) are eyeing properties within the Kingdom, with just over a third looking to the neighbouring markets of Dubai (33 percent) and elsewhere in the GCC (31 percent).

In terms of property preferences, around half of all HNWIs surveyed stated their preference for villas (50 percent) over apartments (43 percent), with most looking to purchase larger properties with three to four bedrooms.

96% OF HNWIs KEEN TO INVEST IN GIGA-PROJECTS

Home to some of the world’s most ambitious and largest giga-projects including NEOM, AMAALA and The Red Sea Project, the government of Saudi Arabia are currently working towards a strong vision to transform the country into a global tourism, trade, and investment hub.

Underpinned by the Kingdom’s Vision 2030 strategy, these various giga-projects are aiming to dramatically advance the real estate offering in multiple locations throughout the country, attracting both domestic and international investors.

So far, the plan seems to be well on track, with the survey showing that an eye-watering 96 percent of HNWIs are likely to make a purchase in one of the Kingdom’s giga-projects.

Yet not only are Saudi’s super-wealthy keen to own giga-project properties, over 8 in 10 are in fact prepared to pay a premium for the privilege.

If true to their word, this demand could fuel a significant boost to the real estate market in the Kingdom and create opportunities for investors in the region moving forward.

By far the most popular giga-project amongst Saudi’s well-off, 60 percent of HNWIs expressed the greatest interest in buying a property in NEOM. Of this group, a staggering 97 percent reported that they are likely to make a purchase here at some point in the near future.

Driven by buyers in Riyadh and Jeddah, more than one in eight are willing to pay a premium for a property in the new, sustainable city.

“The gargantuan NEOM has clearly captured the imagination of Saudi’s all across the Kingdom, with the appetite to purchase here amongst tenants, homeowners and HNWI running above 70%. Indeed, most are even willing to pay a premium for the privilege of living or owning a home here,” said Faisal Durrani, Head of Middle East Research at Knight Frank.

“Developers have a real opportunity to tap into this surging demand and meet the clearly laid out expectations of potential buyers,” - Faisal Durrani, Partner – Head of Middle East Research, Knight Frank