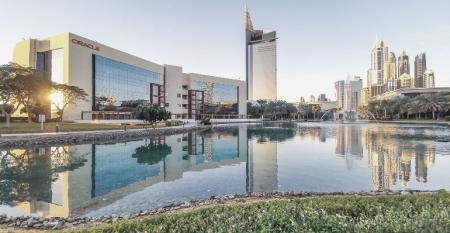 Dubai looks to double its creative companies
Apr 06, 2021
In an effort to grow the emirates’ creative economy, Dubai is launching a new initiative, the Dubai Creative Economy strategy, to double...

6 ways cities in MENA are going green
Apr 01, 2021
Cities in the MENA region have a major impact on the environment, producing enormous amounts of greenhouse gases...

How challenges & opportunities will shape the conversation for architects in 2021
Mar 17, 2021
Christina Morgan, Studio Founder and Design Director at Narrative speaks to Cityscape Intelligence about some of the...

How MENA’s architecture industry is fighting climate change
Mar 14, 2021
With concerns rising over its carbon footprint, the region is turning to sustainable design practices

USD 5 billion green hydrogen project in KSA planned for NEOM
Mar 11, 2021
KSA hydrogen plant powered entirely by sun and wind will be among the world’s biggest green hydrogen makers when it opens in the planned megacity of Neom in 2025.

Are 15-minute cities the future?
Mar 04, 2021
The concept of the 15-minute city is slowly gaining traction across the globe as policy makers and urban planners look at its versatility in combatting densification and climate change