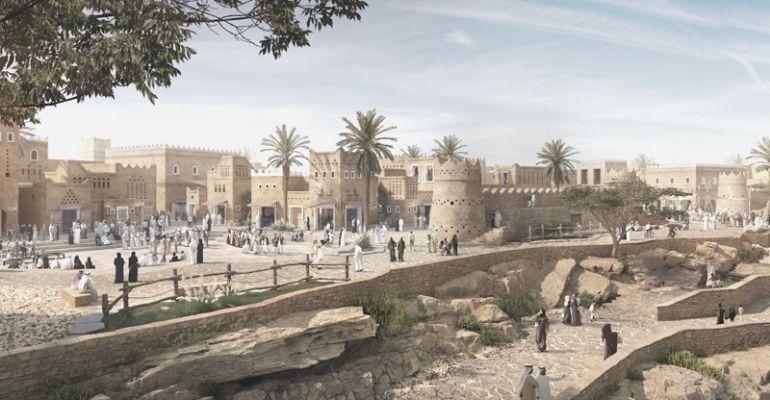 In the most prominent trends for real estate in Saudi Arabia, residential mortgages grew 10x since H1 2016, while prime office rates recovered to pre-pandemic levels.

Real estate in Saudi Arabia has “blossomed,” and “further exponential growth” can be expected from the sector, according to the latest report from Knight Frank.

Noting that 2021 marked five years since the launch of Saudi Arabia’s Vision 2030, Faisal Durrani, partner and head of middle east research at Knight Frank said that the impact of the national agenda was reflected strongly in real estate in Saudi Arabia.

“What we’ve seen happen over the last five years has been nothing short of incredible,” Durrani said. “The lightning speed at which reforms are being implemented and the pace at which giga real estate projects are rising is just the tip of the iceberg.”

1.3 MILLION RESIDENTIAL UNITS TO BE ADDED TO REAL ESTATE IN SAUDI ARABIA

Nearly USD 1 trillion worth of projects were announced in infrastructure and real estate in Saudi Arabia during the period. It represents just a third of the total planned spending of USD 3.2 trillion, the report said. Projects include eight mega projects and super cities, such as Saudi’s USD 500 billion planned city NEOM, and a USD 20 billion Diriyah Gate neighbourhood in Riyadh.

“We are beginning to see increased appetite from private sector real estate developers in the form of public-private-partnership initiatives with large scale government led projects. This is a key trend which will further support the realisation of Vision 2030,” de Jong added.

Prime office rates in Riyadh have also grown sufficiently to reach pre-pandemic levels, with growing demand, even though headline rents in national office markets were “clearly impacted” due to COVID-19, the report said.

Real estate in Saudi Arabia will also see the completion of over 1.3 million residential units, more than 3 million square metres of new office space, and over 100,000 hotel keys, the report suggested.