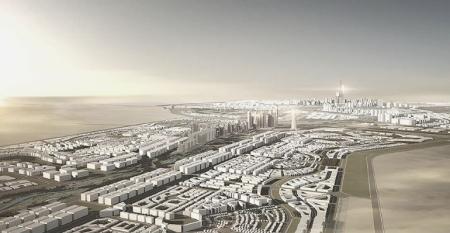 The Red Sea Development Company and Amaala to be merged
Sep 29, 2021
Both TRSDC and Amaala are looking at future financing options as construction progresses on both projects.

Saudi’s Al Akaria to raise SAR 1.6 billion for mega-projects
Sep 26, 2021
Projects to be funded by the additional capital raise include Public Investment Fund-backed Qiddiya and ROSHN.

Mega projects continue supply trend for hotels in Saudi Arabia
Jul 08, 2021
Hotels in KSA are slated to experience an increase of 67.1% in room supply over the next three years, the highest amongst the...

What does the future hold for Dubai's real estate?
Jul 05, 2021
Cityscape Intelligence sits down with Lewis Allsopp, the CEO of Allsopp & Allsopp to discuss the future of Dubai’s real estate...

Arada awards AED 180 million contract for luxury residential complex
May 25, 2021
The contract for an upscale apartment complex located in Sharjah’s Aljada by Arada went to a Dubai-based developer