HomeIndustry LeadersIn conversation with: Founder and chairman of the board, Coldwell Banker Middle East [Part 1]
Recent
First look: the progress of the New Palace of Justice, Kuwait
Jan 27, 2022
Here’s what to expect from Cairo’s residential real estate market in 2022
Jan 27, 2022
Gambling in the Gulf? Wynn to open a resort in the UAE
Jan 27, 2022
Record-breaking: Saudi Arabia’s largest real estate transaction
Jan 25, 2022
POLL
Record-breaking: Saudi Arabia’s largest real estate transaction
Jan 25, 2022
In conversation with: Dicky Lewis, Co-Founder of White Red Architects
Jan 24, 2022
Fit for a king: the Saudi palaces set to become hotels
Jan 24, 2022
Revealed: The world’s most popular destination for 2022
Jan 20, 2022
In Conversation With Cityscape Intelligence
brought to you by

In conversation with: Founder and chairman of the board, Coldwell Banker Middle East [Part 1] 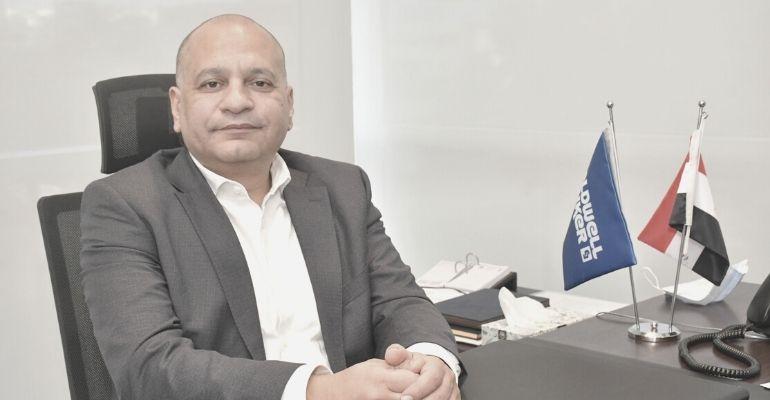 Cityscape Egypt’s Faariss Khalil speaks with Mohamed Abdalla, Founder and Chairman of the Board at Coldwell Banker Middle East, about Egypt’s real estate sector — its evolution, its stumbling blocks — and his recipe for professional success in this two-part interview

How has the Egyptian real estate market evolved in the years you’ve been a part of the industry?

We started in 2001 — so we’ve been a part of Egypt’s real estate market for 20 years now. When we started, there weren’t even official books, we were the first company to register with the tax department. It was all hole-in-the-wall operations. In terms of developments, there were no private residential compounds as there are now — everything was in Cairo. But the city was much smaller too, and business was often limited to brokering resale deals. We had an arm that handled auctions — incidentally, it still exists and is still performing well. We were selling land and complete buildings and larger properties, because that’s what the market was about back then. It was largely unregulated, and getting clients to sign even simple contracts could be a challenge.

So what turned things around?

Somewhere between 2006 and 2007, there was an influx of foreign developers, particularly from the UAE, coming in and buying up big pieces of land. Simultaneously, Egyptian developers started using the Egyptian stock market to increase their equity, so they had more capital to work with. It was quite the race up until the financial crisis, everyone in the market was trying to build up a land bank. Some developers had total areas larger than some small countries. Some of them had land reserves the size of Lebanon.

And what happened after the financial crisis?

Things slowed down. 2008 dealt a huge blow to the real estate market everywhere. Here in Egypt, we didn’t experience the same sort of severity they did in the US and Europe, that they did in PIGS — that is, Portugal, Ireland, Greece and Spain. But things did slow down. We didn’t have the issue of mortgages, so people weren’t desperate to sell, but we certainly didn’t have enough buyers compared to sellers. Then, the market rebounded in 2010. That’s about the time European developers and big regional developers like DAMAC and Emaar entered Egypt. Our population growth rate is pretty high, and our population young — this translates into a healthy, growing demand. At the same time, people started looking beyond the city for property, realising they could get larger spaces for lesser prices. Private compounds came up on the outskirts. This put pressure on properties within the city. That’s when price appreciation in some of the most expensive areas within the city — Zamalek, for example — dipped and stalled.

What were some of the other major turning points after the rebound?

There was another pivot in 2016, with the devaluation of the currency, with the devaluation and floatation of the Pound. It became so, if properties did not increase in price, they basically amounted to bad investments. Problem is, properties inside the city — in areas such as Zamalek, Maadi, Heliopolis — tend to appreciate at a modest rate. So, again, this sent people away from the city. And then in 2017, the government stepped in with its own developments. Infrastructure improved, even the private sector became a lot more competitive. New areas, new developments started cropping up, and we started working on the New Capital.

Continue reading the 2nd part of the interview here.