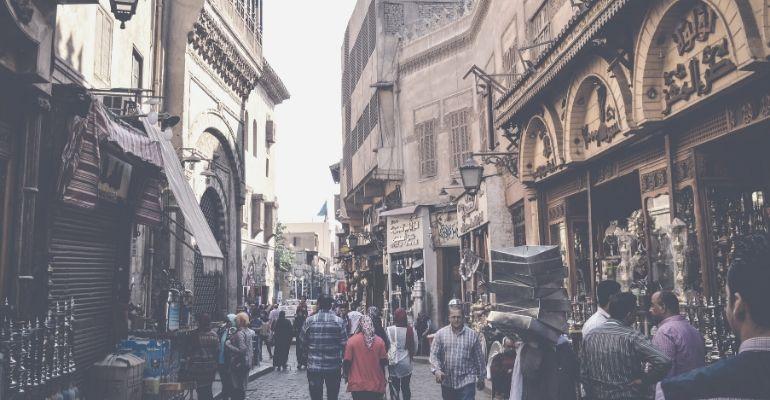 Edit 26/07/2020: If you would like to know more about The Impact of COVID-19 on Egypt’s Real Estate Market, watch the webinar replay here

As summer approaches, Egypt’s real-estate developers are hoping the year’s high season will be spared the economic impact of the COVID-19 global pandemic.

“The big question is what will happen in summer,” said Hazem Helal, sales head at real estate developer, Mountain View. “If precautionary measures are eased and the economy starts moving, we think the market can start recovering [then].”

According to the Ministry of Planning, construction and real estate constitute around 16 percent of the country’s GDP. The sector has proven itself resilient in recent years despite the political unrest that followed the 2011 uprising. However, by disrupting the flow of most businesses and slashing individual incomes, the COVID-19 has recently posed new challenges to the sector.

According to Egypt’s online real-estate marketplace Aqarmap, demand dropped by nearly 30 percent in March. “None of Egypt’s real-estate developers could reach their targeted sales in Q1,” Helal said, adding that the slowdown in sales is expected to last through 2020 Q2.

Developers also face a plummeting cash flow as customers are increasingly failing to pay their monthly installments. “Companies used to collect 98 percent of due installment checks; now they are only collecting around 75 percent,” said Fathallah Fawzy, Chairman of the Egyptian Businessmen Association’s Construction Committee. He added that operations on construction sites have been halved as a precautionary measure to curb the virus.

However, Fawzy remains confident the market will recover as soon as July: “I am optimistic because we are talking about a strategic commodity. Everyone needs a house to live in, and we are a population of 100 million.”

Indeed, Egypt is the most populous country in the Middle East, with an annual population growth rate of nearly 2 percent and a median age of nearly 25. In 2018 alone, nearly 880,000 marriage contracts were registered with the state. The government’s latest official figures show that around 320,000 houses were built in 2017–2018, and real-estate developers hold that the market needs 500,000 new units a year to cater to the growing population. (The official count does not include informal housing units, which target low-income Egyptians.)

“We expect market activity to gradually recover by early Q3 2020, provided the current situation is contained within the next month or two,” said Catesby Langer-Paget Savills Egypt office.

“We are already starting to see the first signs of optimism return to the market, with retail now open seven days a week, hotels starting to reopen, and the expectation that food and beverages will reopen after Ramadan. I am expecting the second half of the year to be extremely busy as a lot of pent-up demand [will be] released,” added Langer-Paget from the leading global real-estate consultancy.

Egypt has 9,400 confirmed cases so far (as of May 11th, 2020), including 525 deaths. On April 23, the government started easing the lockdown by reducing curfew hours and allowing stores and shopping malls to operate on weekends. Meanwhile, officials have unveiled plans for a possible gradual full re-opening of the economy later this month, despite the upward curve of new infections.

“Every real estate developer has new launches and products in the pipeline,” said Helal. “Once things open up, there will be an oversupply by default. Clients will have a lot of options, and they will end up buying the best product at the best price.”

The summer is usually the best season for residential real-estate developers as deep-pocketed Arab tourists stream in and Egyptian expats come home on vacation or for real-estate shopping. Developers usually make at least 40 percent of their annual sales between mid-June and the end of September.

A recent poll by Aqarmap shows that most real-estate developers believe the worst was over in April. Nevertheless, Ayman Sami, County head with JLL Egypt, a real-estate services company, is wary of pinning his hopes on summer sales as it remains uncertain when global air travel will resume: “It is very difficult for anyone to give a forward-looking statement. This year we do not know if people will be coming to Egypt in the summer.”

Hotels have witnessed a 30 percent drop in average daily rates (ARDs) in the first quarter and an even sharper decline of 81 percent in occupancy rates compared to the same time last year, according to JLL’s Q1 Cairo Real Estate Market Report.

With more retailers facing dwindling revenues caused by the lockdown, commercial landlords have already started offering lease incentives, the report said. “This is expected to reflect even further in the second half of this year, provided the temporary lockdown of all retail operations and other preventative measures remain active,” it noted.

As to office real estate, JLL expects the demand for more office space to “remain subdued”. with more companies adopting a work-from-home policy. “Office rents may not rise at the same annual 10 percent rate this year,” Sami added.

This article is from Zawya