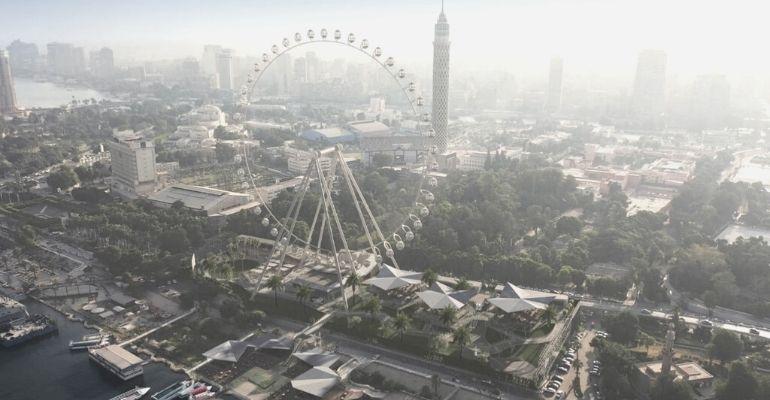 The new tourism attraction, the Cairo Eye, is set to be the biggest observation wheel on the African continent

Last month leading Egyptian real estate and tourism company, Hawai for Tourism and Investment (HTI), announced that it planned to build one of the world’s largest observation wheels, as part of Egypt’s Vision 2030 sustainable tourism strategy.

THE FIFTH BIGGEST IN THE WORLD

Following the announcement, Major General Khaled Abdel Aal, the Governor of Cairo positioned the city as being a leading world attraction, noting that the new Cairo Eye would be “the fifth largest in the world”, after the international hubs of London, Dubai, Las Vegas, and Singapore.

The project is due for completion in 2022, and will feature 48 cabins, and stand at 120 metres in height. The structure will have the total capacity of eight people per cab, similar to the other top five observation wheels. The total landmass taken up by the new construction will be 20,000 square metres in the Zamalek area of the city.

The total cost of the project is expected to be $31.6 million (EGP 500 million), with the city hoping it will bring investment to the area, while eyeing up a potential pull of 2.5 million tourists annually, to the attraction.

He continued: “The project is designed with environmental aspects in mind, [such as] preserving the entire park’s existing trees and palm trees, to remain true to the legacy and identity of the Zamalek area. The design also aims to increase the total green spaces by 15% where total greenery will amount to 7,000 square metres  instead of 6,100 square metres.”