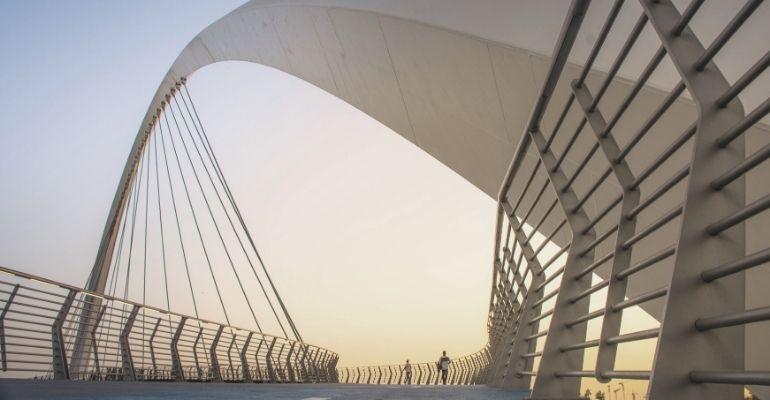 With concerns rising over its carbon footprint, the region is turning to sustainable design practices

You live in the Middle East. The temperature pivots up, you switch your air conditioning on —who could blame you? Summers here are harsh, each seemingly more intense, more unforgiving than the last. ‘Comfort cooling’ — bringing temperatures down to levels comfortable for the occupants of any space — isn’t a luxury. It’s a necessity.

Trouble is, air conditioning is one step in a vicious cycle: cooling requires electricity, much of which is still generated from fossil fuels. It also leaks hydrofluorocarbons (HFCs) into the air, a much more potent greenhouse gas than carbon dioxide. You’re probably familiar with the rest. These emissions translate into global warming. And as the temperature goes up, so does the need for cooling.

The energy consumed by air conditioning in the Middle East grew five-fold from 1990 to 2016, and it will continue to do so with spikes in urbanisation and affordability. Soon there could be so many air conditioning units running that they single-handedly undercut our efforts to subvert climate change.

About a third of the world’s energy is used for construction and building operations. The industry also accounts for 39% of global carbon emissions. Here, in the Middle East, buildings consume up to 80% of the electricity generated, with a big chunk harnessed to power air conditioning systems. Which has experts asking the question, what if we designed our buildings to be more efficient? What if the answer lies in a time before air conditioning?

Look at Abu Dhabi’s Masdar City, an experiment, an incubator for clean technologies. Look at its wind tower. The 45-metre cylindrical structure uses traditional Arab design to catch prevailing winds near its top and funnel them through its length to flush cool breezes into the plaza below. Cue a five-degree drop in temperature.

Or look at Abu Dhabi’s Al Bahr Towers, double-skinned, the outer façade a take on traditional Islamic architecture. The mashrabiya technique of geometric latticework provides shade and passive cooling. Fitted with screens and sensors, the intelligent façade opens and closes in response to the intensity of sunlight. It limits exposure and slashes solar gain by 50%.

The Middle East and North Africa (MENA) region is in fact riddled with such examples of sustainable design. There region’s architecture industry has designed over 1,200 green buildings that boast a Leadership in Energy and Environmental Design (LEED) accreditation. Of these, 802 are located in the UAE, 173 in Qatar, 145 in Saudi Arabia, 25 in Lebanon and 22 in Egypt.

But the region needs these green buildings, it needs sustainable design practices. Middle Eastern countries top the list of the largest ecological footprint per capita. In Saudi Arabia, electricity consumption rises by 5 to 8% annually — which means oil production and consumption would equalise by 2035. Qatar has the highest per capita level of carbon dioxide emissions, at 44 metric tonnes per person annually. Kuwait is second with 30.3 tonnes, followed by the UAE with 22.6 tonnes. 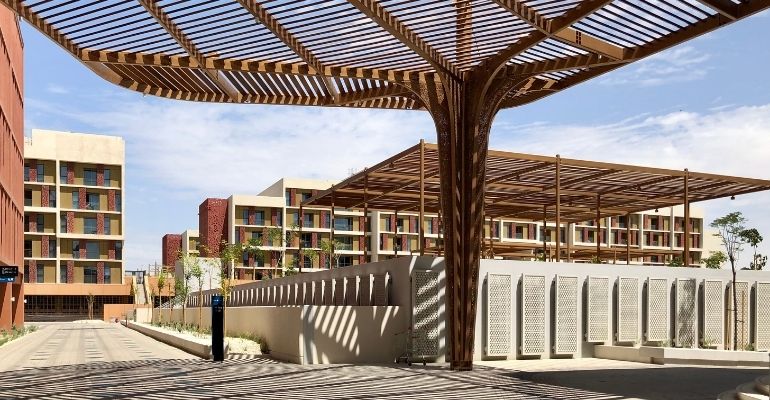 Of course so far, sustainable design has centred on energy efficient, environmentally friendly buildings. But, in the post-COVID era, leading green building certification programmes are including health and wellness in their eligibility criteria.

There is now an added emphasis on design practices that integrate open-concept floor plans to support social distancing, and solutions that increase ventilation and incorporate advanced air filtration systems. Building developers are also turning to natural materials such as mass timber or solid wood panels instead of concrete or steel that emit more carbon dioxide.

Soon, a wider range of stakeholders will be involved in the sustainable design process — think, healthcare experts, scientists. Soon, sustainable design will require a multidisciplinary approach, and will go beyond ‘green’ to create overall healthier spaces.