Kuwait to add to its clean energy infrastructure through partnership 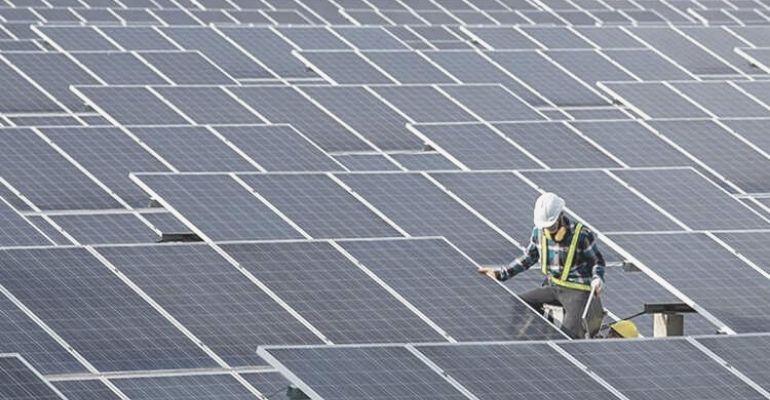 Al Mulla Engineering and Grasshopper Energy have signed an agreement to build clean energy infrastructure across various sectors in Kuwait.

Al Mulla Engineering and Grasshopper Energy have partnered together to provide clean energy infrastructure in Kuwait, according to a recent statement.

Al Mulla Engineering, which is a part of private Kuwaiti conglomerate Al Mulla Group, will work with Grasshopper Energy to deliver clean energy solutions across multiple sectors in Kuwait. The statement did not clarify what these sectors would be, or what the agreement is valued at.

The partnership will enable Al Mulla Engineering to diversify its product and service offerings, the statement noted, driving its expansion efforts while building clean energy capacity in Kuwait.

“The combination of Al Mulla Engineering, with its over 65 years of experience in offering engineering, procurement, construction, operation, maintenance, and financing services for a variety of clean energy projects, and Grasshopper Energy’s global footprint in development, construction and operations of solar energy plants and storage technologies, will help support a variety of clean energy projects in Kuwait achieve their goals for a greener, more sustainable future,” said Anfal Al Mulla, Managing Director of Al Mulla Engineering.

The partnership between the two companies is the latest in a string of clean energy projects emerging in the Middle East, as local economies accelerate the drive to diversify away from oil.

Saudi Arabia also announced earlier this year that it would be joining a consortium of countries for a global clean energy initiative called Mission Innovation 2.0. The initiative focuses on enabling a decade of clean energy innovation, and neighbouring UAE has also joined the collective.

The park itself is expected to be the world’s largest single-site solar park upon completion, as Dubai aims to bump up the share of clean energy in its power capacity to 75%.

Egypt has also made efforts in this space, with a number of wind farms in the works by the Gulf of Suez through the Independent Power Producer (IPP) model.