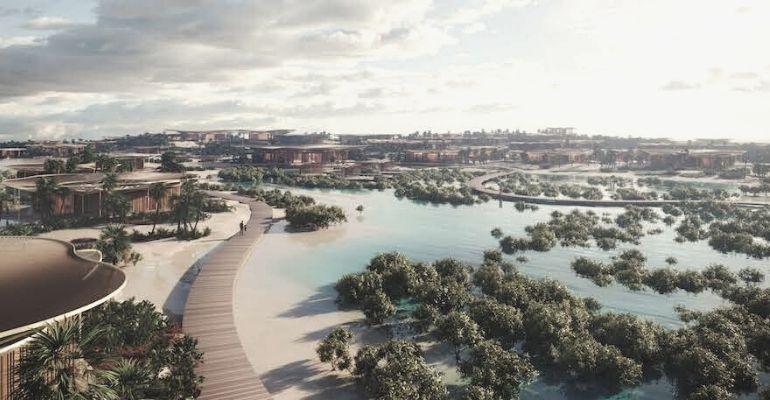 Could Saudi Arabia be the Middle East’s next tourist hub? With planned investments upwards of USD 800 billion, it has the potential

There were no cinemas in Saudi Arabia from 1983 to 2018. Or, actually, there was a lone IMAX in the coastal city of Khobar that screened scientific, non-fictional films. To the outsider, the casual observer, this 35-year ban on cinemas seemed to end in the bat of an eyelid. Blink, and the nation was attending its first-ever public screening in decades: Black Panther, and since then American chain AMC Theatres has promised 40 cinemas across the kingdom in the next five years, and Dubai’s VOX Cinemas has promised 600 screens.

But this move was neither sudden, nor surprising. The lifting of the cinema ban was years in the making and one in a series of socio-economic reforms across Saudi Arabia. According to the government, Saudi Arabians spent more than USD 30 billion each year — close to 5% of the nation’s GDP — on entertainment and hospitality elsewhere in the Middle East, in Dubai and in Bahrain. Imagine, said analysts, if a fraction of those billions could be kept within.

Plugging economic leaks is but one piece; the bigger picture is a world beyond oil. Saudi’s Vision 2030, its blueprint to a diversified economy, looks further, to claiming a much bigger slice of the pie. So, come 2019, Saudi Arabia flung open its doors to tourists. You could now apply for an online visa if you were visiting from one in 49 countries. Earlier you could only travel to the kingdom for religious reasons or for business purposes, or as an expatriate worker.

But Saudi Arabia’s ambitions run higher than just introducing tourist activity into its revenue streams. The kingdom is looking to graduate to the fifth-most visited destination in the world by 2030, and that tourism contribute to 10% of its GDP, up from a share of only 3%.

Of course, to draw in such a significant volume, you must have a lot on offer. The kingdom is already home to five UNESCO-designated World Heritage Sites. Then there’s also the Saudi Seasons initiative, launched in 2019, under the umbrella of which eleven annual festivals are now held across the nation.

But to really stand out against the stiff competition, Saudi Arabia’s Crown Prince, Mohammed bin Salman announced a series of ‘Giga Projects’. Funded in large part by the kingdom’s own Public Investment Fund (PIF) — the tenth largest sovereign wealth fund in the world — these projects are already grabbing headlines for their size and scope and their potential geo-economic and socio-political impact. Not to mention the multi-million, multi-billion-dollar construction contracts that have already been awarded under their banner.

In the early months of 2019, construction started up on Qiddiya, a hub for entertainment and sports, complete with a Formula One racetrack and a Six Flags theme park, and more than half the size of Singapore. By the end of 2020, construction contracts of over USD 500 million had been granted as part of this project.

But this is overshadowed by the USD 4 billion worth of construction contracts awarded last year as part of the Red Sea Project, an intended luxury nature reserve stretching across 22 of an undeveloped 92-island archipelago. Last month, as part of this development, the Crown Prince announced Coral Bloom, home to the world’s fourth-largest barrier reef system and soon to become the site of several sustainably designed luxury resorts.

Then there’s The Line — also announced earlier this year, the revolutionary 170-kilometre, AI-enabled, clean energy-powered belt of hyper-connected communities will serve as a tourist attraction, yes, but will also be home to over one million residents. The Line is a part of the ambitious 500-billion-dollar NEOM smart-city project — a portmanteau of neo, which translates from Greek to ‘new’, and ‘m’ which stands for mustaqbal, Arabic for ‘future’. So Saudi Arabia is quite literally building itself a new future.