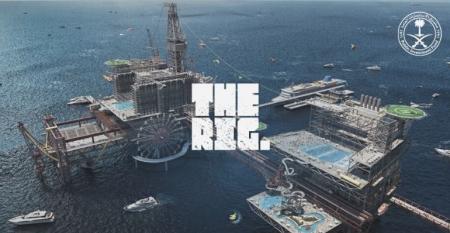 TEC receives nearly USD 1 billion capital boost for tourism in Kuwait
Oct 05, 2021
The company will be undertaking a new strategy to promote tourism in Kuwait, including the redevelopment of 11...

The UAE’s F&B sector set to boom post-pandemic
Sep 28, 2021
The F&B sector in Dubai and Abu Dhabi is projected to grow by 26% in the next 3 years, Euromonitor predicts.

UAE leads FDI in tourism across Middle East and Africa
Sep 20, 2021
Despite an overall decline in 2020, the UAE and Bahrain register wins for FDI in tourism.

Ain Dubai unveiled: World’s largest and tallest observation wheel
Aug 29, 2021
Standing at a height of 250 metres, visitors at Ain Dubai will be able to access a range of entertainment options within the attraction’s rotating booths.

Six new projects to boost Hatta tourism
Aug 26, 2021
The newly announced Hatta tourism projects are a part of the Dubai government’s efforts to promote growth in the district...

Mega projects continue supply trend for hotels in Saudi Arabia
Jul 08, 2021
Hotels in KSA are slated to experience an increase of 67.1% in room supply over the next three years, the highest amongst the world’s top 50 countries by population
Load More