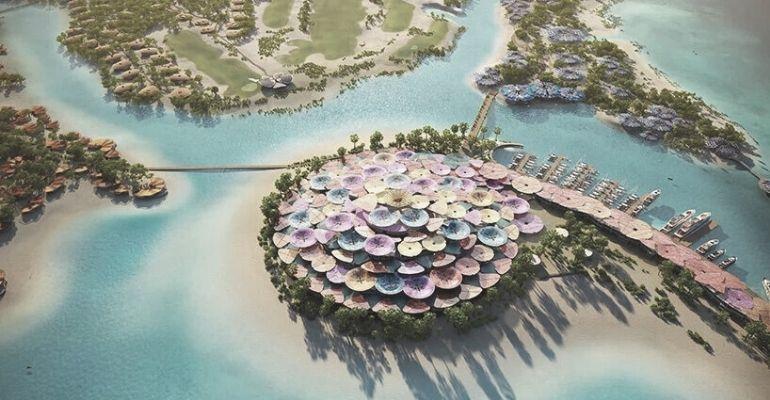 The development will be on Shurayrah Island, the main island at the new ecotourism hub. In the announcement made this week, it was unveiled that the architectural plans for Coral Bloom have been designed by internationally recognised British firm, Foster + Partners.

The team behind the Red Sea Project have high expectations for the new project, with John Pagano, the CEO of The Red Sea Development Company, saying that he hoped Coral Bloom will “set the standard in groundbreaking architecture and sustainable design, not just for our region, but globally”.

The natural island has previously been described as having a “dolphin-like shape” and is home to the fourth largest barrier reef in the world.

The waters around Shurayrah Island are rich with untouched corals and endangered species, all of which will need to be taken into careful consideration as the building work commences. 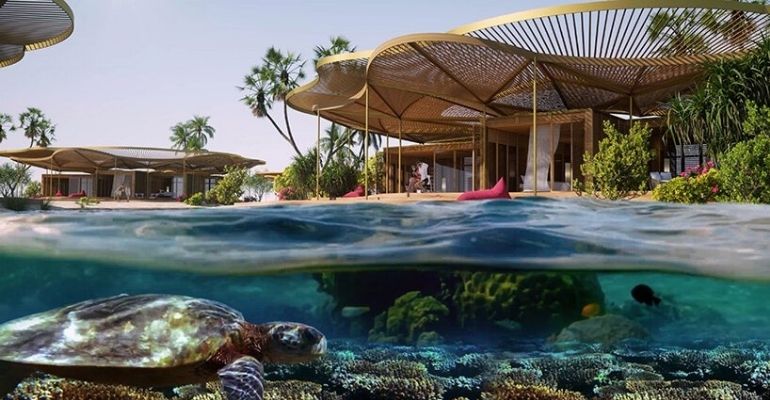 THE GATEWAY TO THE RED SEA PROJECT

“The Coral Bloom design takes inspiration from the incredible flora and fauna found uniquely in Saudi Arabia… Shurayrah Island is the gateway to The Red Sea Project so it’s important that it sets the standard in groundbreaking architecture and sustainable design, not just for our destination, but globally too. This is achieved by going beyond simply protecting the environment, to applying a regenerative approach,” Pagano said.

Luxury ecotourism hub Coral Bloom will include 11 hotels on the island, that will include some of the “most famous and largest hotel brands in the world.” according to the Saudi Press Agency – although it has not yet been disclosed which hotels have signed up to the project or how many.

According to Foster + Partners, the architectural plans for the island are focused on keeping as much of the island as possible in its natural state, will providing luxury amenities for travellers:

“Our vision for Shurayrah is inspired by the island’s natural state, with the hotels designed to give the impression that they have washed up on the beaches and nestled among the dunes almost like driftwood. The materials we use and the low impact they have ensures that the pristine environment is protected, while the additions we make to the island serve to enhance what is already there – hence the name, Coral Bloom” Gerard Evenden, head of studio at Foster + Partners said.

According to the team, the project will also aim to add to the current flora and fauna on the island, through landscape developments which will enhance the island.