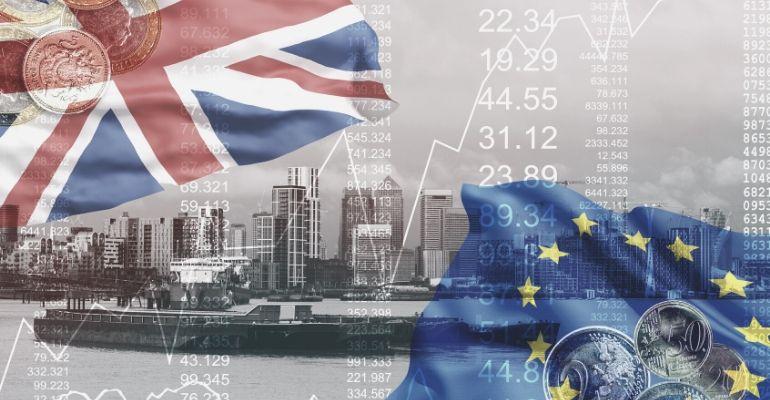 It’s been a transitional year for the United Kingdom underpinned by political and economic volatility. With newly elected Prime Minister Boris Johnson vowing to ‘Get Brexit Done’ in 2020, investors – both local and international – will continue to keep a close watch.

It’s been a transitional year for the United Kingdom underpinned by political and economic volatility. With newly elected Prime Minister Boris Johnson vowing to ‘Get Brexit Done’ in 2020, investors – both local and international – will continue to keep a close watch.

According to Clementine Malim, Associate, International Residential Sales Middle East at Savills, the political backdrop of Brexit has, and continues to have, a massive impact on economic forecasts and market conditions across the UK and further afield.

“Despite all the deadlines and promises, the Brexit situation is still not clear, and this uncertainty is reflected in London, and across the entire UK. Businesses need clarity to operate effectively, which is not being provided by this opaque Brexit process, and there will continue to be ramifications on the UK economy until, one way or another, the curtains are drawn on the saga.

Looking at the impact on the real estate market, Savills has downgraded its prediction for UK house price growth this year (2019), namely due to the confusion created by Brexit. Under the assumptions of an orderly Brexit on 29th March 2019, Savills had originally identified a potential 1.5% average growth in house prices over 2019. Following the Brexit timeline changes, house prices are now expected to remain flat for the year. London has felt some of the worst impact, with average house prices in the capital falling each month since March 2018.

“Despite doom-mongering amongst certain parts of the populace, the informed view is that the UK will still remain a global hub for business. GDP is set to grow steadily over the next ten years, with an increase of 27% between 2019 and 2029. London will be a key part of that uptick as a significant player on the world stage. The capital city is responsible for around a quarter of all the UK’s economic output and will continue to be an important exporter of services, particularly financial services. Indeed, nearly half of the nation’s service exports are rooted in London,” says Malim.

The working population in the capital is growing too, says Savills, with London welcoming an extra 615,000 jobs over the next 10 years. Major companies are seeing the incentive to locate in London.

Putting the short-term volatility aside, there is an opportunity for investors to take advantage of very favorable terms, particularly with dollar-denominated funds, maintains Savills. “For a £5m property in prime central London, a buyer in US dollars would be paying 40% less today than they did 5 years ago pre-tax. Now might be the opportune time for overseas buyers to enter the market as the currency window could be closing, advises the consultant,” says Malim.

Sterling has been rallying intermittently as and when developments in the Brexit negotiation process occur. This would suggest that the market will respond positively should the UK reach a Brexit deal and Sterling will strengthen as a result. Lucian Cook, Head of UK Residential Research at Savills, says that some buyers “are sensing a market that could be at, or close to, its bottom”.

Tom Bill, Head of London Residential Research at Knight Frank says that political uncertainty has affected sentiment over the last 5 years. “However, high-value sales are increasing, as high net- worth individuals target London and take advantage of the weak pound. There were 16 transactions above £30 million in the year to May 2019 compared to 11 over the previous 12 months. Furthermore, pent-up demand remains strong. The ratio of new prospective buyers to new sales listings above £10 million climbed to 6.5 in the third quarter of 2019, the highest figure since the final quarter of 2016,” says Bill in Knight Frank’s Super Prime Market Insight 2019.

Malim of Savills agrees; by considering the model that supply and demand affects the underlying price, it is significant for investors that new buyer registrations for central London properties over £1m were up 36% during the first quarter of 2019. “In other words, there is an increase in demand. That hasn’t yet translated into increased market activity, which has been attributed to buyers adopting a ‘wait-and-see’ approach until the outcome of Brexit negotiations becomes clearer. However, once that clarity is in place over Brexit, the latent demand from those adopting a watching brief, could drive an increase in transactions.

Even if transactions, and in turn price, do not increase in the short-term there are still many reasons for optimism for London investment. London is home to many of the world’s most highly regarded universities, medical schools and business institutions, as well as world-class leisure, culture and entertainment. It continues to be a global leader across many sectors and remains the number one worldwide city for cross border investment into real estate. London’s place at the forefront of global investment isn’t likely to change anytime soon,” says Malim.

According to Savills’ Impacts research London is the world’s third most resilient city, able to withstand the many disruptive forces facing global real estate. The consultant predicts that prime central London residential property prices will recover post-Brexit, potentially increasing by 12.4% over the next 5 years.

“As companies continue to invest into London, so too are developers, who are offering increasingly attractive opportunities. Regeneration, community, sustainability and wellbeing are becoming increasingly desirable, with trending hot spots having a key focus on these elements.

When it comes to regeneration projects, the iconic Battersea Power Station has transformed an Art Deco masterpiece into a fully functioning, thriving community with a range of apartment and penthouse options. Meanwhile, the canal side Grand Union has 11 acres of public green spaces including landscaped gardens and waterside walks. It’s not all about the facilities either; location still plays a vital role, with new developments such as Triptych Bankside, near to Borough Market, Shakespeare’s Globe Theatre and The Shard as well as a number of transport hubs, holding a very attractive proposition, and Battersea Power Station set to get new underground access by 2021. These world-class residential developments are well aligned with investors who seek long-term stability and growth within London,” concludes Malim.