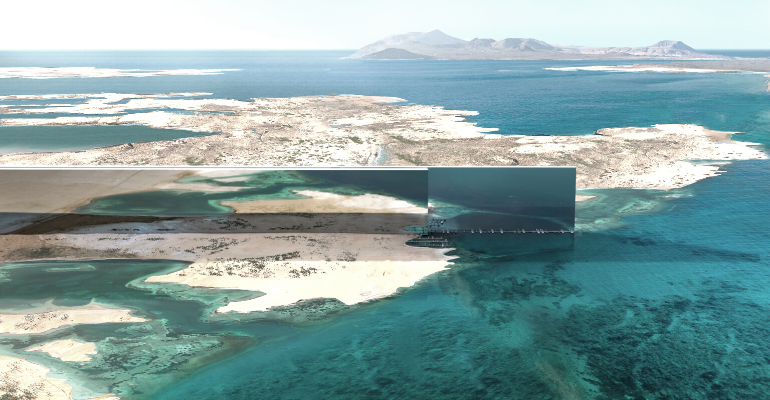 His Royal Highness Mohammed bin Salman, Crown Prince and Chairman of the NEOM Board of Directors, has revealed new designs of the country’s most ambitious and sustainable city, NEOM’s THE LINE.

New designs of NEOM’s The Line, billed as the world’s most ambitious and sustainable city once built, has been revealed by His Royal Highness Mohammed bin Salman, Crown Prince and Chairman of the NEOM Board of Directors.

New designs which emerged this week revealed that The Line, will be 200 metres wide, 170 KM long, and 500 metres above sea level and will eventually accommodate 9 million residents, while all being built on 34 square kilometers.

Built with reducing its infrastructure footprint, The Line will ensure that residents have access to all facilities within a five-minute radius, in addition to a high-speed rail with an end-to-end transit of 20 minutes.

Free from roads, cars and emissions, The Line will run on 100% renewable energy and prioritise the health and well-being of citizens over transportation and infrastructure as in traditional cities, aiming to preserve 95% of NEOM’s land. 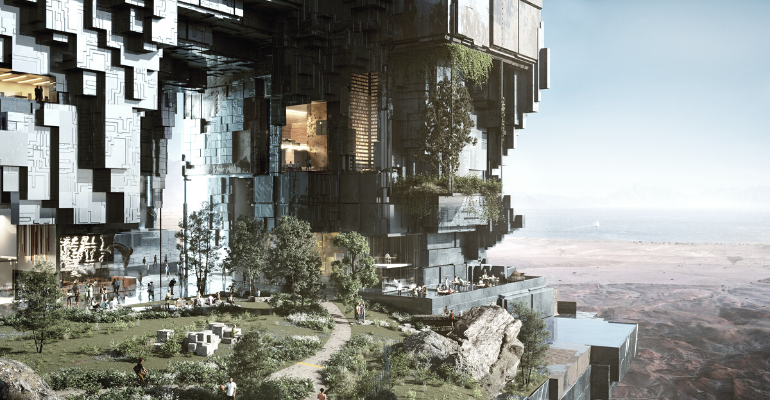 The Line will feature a unique design layout, which NEOM is employing known as Zero Gravity Urbanism, which looks at the layering of city functions vertically while giving residents the possibility of moving seamlessly in three dimensions (up, down, or across).

“Different from just tall buildings, this concept layers public parks and pedestrian areas, schools, homes and places for work, so that one can move effortlessly to reach all daily needs within five minutes,” reads a statement from the Saudi giga-project.

THE LINE: OUTER MIRROR FAÇADE TO BLEND WITH NATURE

The Line will include an outer mirror façade and will created by a team of globally leading architects and engineers, led by NEOM, to create the city of the future.

“The city’s design will be completely digitized, and the construction industrialized to a large degree by significantly advancing construction technologies and manufacturing processes. The announcement of THE LINE’s designs is a continuation of NEOM’s progress in the development of its flagship projects such as OXAGON, its reimagined manufacturing and innovation city; and TROJENA, its global mountain tourism destination that will offer the Arabian Gulf’s first outdoor skiing; as well as the launch of two of NEOM’s subsidiaries: ENOWA, its energy, water and hydrogen company; and the NEOM Tech & Digital Company,” NEOM revealed in a statement. 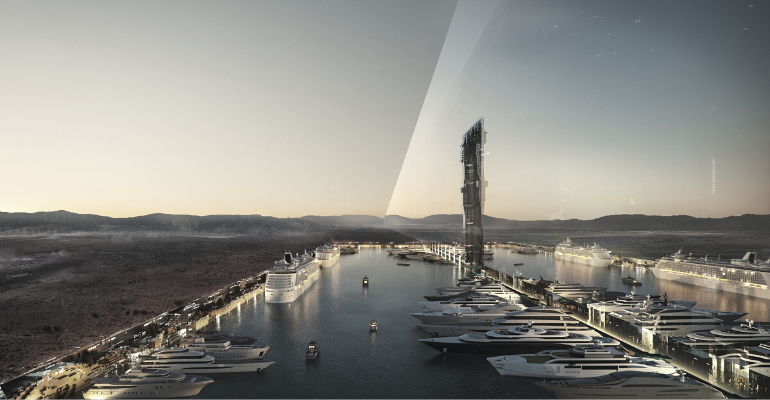