Egypt postpones the launch of its New Administrative Capital to 2021 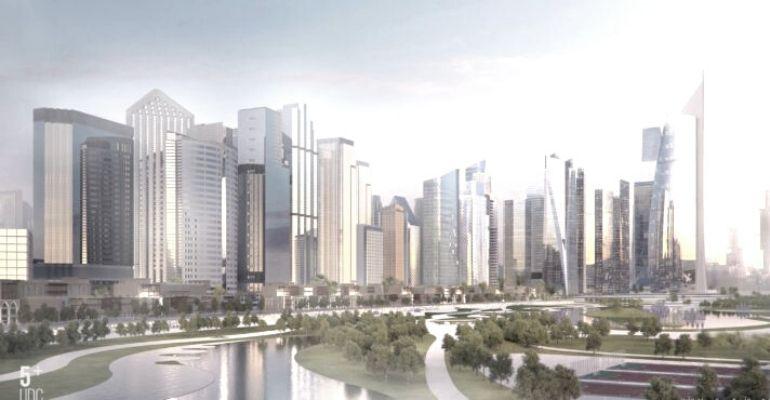 In order to curb the COVID-19 outbreak, Egypt has postponed the launch of its much-anticipated New Administrative Capital. We take a closer look at what this means for the country.

Unlike any other global human crisis during the past 100 years, COVID-19 is changing people’s lives with consequences that will significantly affect our future. Billions of people will be negatively affected, with at least the 700 million that suffer extreme poverty and 1.3 billion lacking basic needs. At a regional level, the United Nations Economic and Social Commission for Western Asia (ESCWA) estimates that the Middle East & North Africa (MENA) region will lose over USD 45 billion in GDP with a severe impact on the unemployment rate.

In Egypt, one such important consequence of the coronavirus epidemic is the decision to postpone moving civil servants to Egypt’s planned New Administrative Capital (NAC) city to 2021 from 2020. The first group of civil servants was to be transferred to the government district, which will include 34 ministries in addition to the building of the cabinet and the parliament, in the still-under-construction USD 58 billion NAC in June. However, Egypt’s President Abdel Fattah al-Sisi said in a statement that the decision was made, “due to the circumstances and repercussions of the process of combating the spread of the new Coronavirus (COVID-19) either at the national level or globally.”

According to Bassem Fahmy, who is a principal strategic advisor and chartered member of the Royal Town Planning Institution UK, at the national level, in addition to the postponement of moving civil servants to the NAC, several effective actions were taken by the Government of Egypt (e.g. Central Bank) that have economic implications in support of the country’s private sector. These include postponing the payment of the real estate tax and allowing the funding of real-estate developments for middle-income groups through banks for 20 years.

“As the NAC is one of the important mega-real estate projects at the national and regional level, the development projection was indicating a more rapid process of urbanization in Eastern Cairo in conjunction with moving civil servants mid-2020,” Fahmy explains. “This rapid urbanization should help boost economic growth by increasing demand among urban businesses and individual consumers.”

Subsequently, Fahmy adds that the proposed activation dated mid-2020 would shift and test the NAC operation mode and management procedures, respectively. “The civil servants’ relocation will dramatically change the urban landscape, the economic drivers and urban mobility pattern for Cairo Metropolitan area and, particularly, in Eastern Cairo and beyond. Subsequently, the decision to postpone the move could result in some disturbance at both macro and micro levels.”

Nevertheless, Fahmy believes that it is highly likely that before the outbreak, the global and regional economy already exhibited underlying vulnerability from the trade tension between major economics to the slump in oil prices, where Egypt, as one of the important players in the MENA region, will be affected in one way or another.

According to McKinsey, in the next ten years, there will be a dramatically different set of economic systems and drivers for cities, where cities in developing regions will contribute and replace developed countries with the highest global GDP share. Cities such as Johannesburg, Cairo, Bucaramanga, Gaziantep, etc., where Africa’s wealth is aggregated in several urban clusters, are in a unique position to play a significant role. The private sector will play a vital economic role in delivering innovative solutions for this transformative change.

Accordingly, and quoting Sun Tzu "Success comes from finding opportunities in problems", Fahmy highlights that this delay in moving the civil servants to the NAC comes at a critical time that gives an unprecedented opportunity for all players at a national the level, including NAC, to assess preparedness due to expected economic changes and projected re-framing of communications for national/international private business and finance.

“NAC and other big projects might have the opportunity to showcase the case for enhancing the investment environment for private sector partnerships,” says Fahmy. “NAC could be a flagship model that establishes a platform to support economic and social conditions, and utilizes innovative solutions and frontier technology for businesses to flourish and citizens prosperity.”

NAC, therefore, will harness data to gain insights to design an integrated socio-economic plan with specific measures and key performance indicators that support-decision making at both the government and private-sector levels. This, in turn, will support the adaption to global megatrends that collectively are going to shape a new and different world.

“It is a chance to customise an urban economic recovery plan that ensures a more resilient future, driven by the commitments of strategic goals and the use of innovative solutions and smart technologies,” Fahmy concludes.