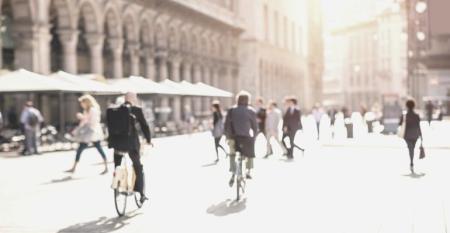 Orascom Development launches first phase of HillSide Villas at O West
May 30, 2021
Other developments at O West include a masterplan for O West Club. Increased construction efforts in Qemet, are...

Walkable cities: The future of the MENA region
May 19, 2021
From green roofs to walkable cities, the 15-minute city might just become the future. Here’s a glimpse into...

Reimagining Cities: Why streetscape is essential to urban design
May 16, 2021
In our new series Reimagined, Cityscape Intelligence deep dives into how asset classes, cities, and the overall real estate sector are setting new standards in today’s changing landscape. So, what does the future of cities look like?

6 ways cities in MENA are going green
Apr 01, 2021
Cities in the MENA region have a major impact on the environment, producing enormous amounts of greenhouse gases. To win the fight against climate change, cities need to become greener, healthier and more efficient.

Smart cities rise up with digital twin technology
Mar 30, 2021
The development of smart cities is set to increase over the next few years. A smart city is any urban space that uses sensors...

How Dubai’s 2040 plan will change the real estate investment landscape
Mar 15, 2021
From expanding tourism to ensuring that 60% of Dubai comprises nature reserves, the emirate has unveiled its blueprint for how it will build the best city in the world over the next two decades

The urban opportunity
Jan 13, 2021
According to the United Nations, more than one half of the world’s population lives in urban areas, and almost all countries of the world are becoming increasingly urbanised. With this global phenomenon placing huge demands on infrastructure, real...

Rise of vertical farming: A green investment for a greener future
Sep 30, 2020
Vertical farming is gathering momentum around the world amid rising consumer demand for eco-friendly food and a growing corporate focus on smaller carbon footprints.
Load More