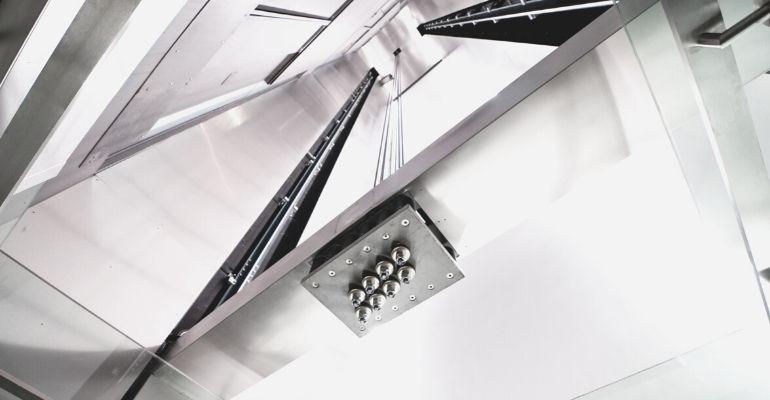 The self-climbing automated elevator installation robot was devised by Swiss multinational Schindler and prototyped in 2018.

Swiss multinational group Schindler has completed the deployment of its Robotic Installation System for Elevators (RISE) in a Dubai high-rise.

The first such automated elevator installation system in the world, RISE, has been deployed for the first time in the Middle East at Uptown Dubai. Uptown Dubai is a supertall 81-storey tower developed by DMCC.

“Ten years ago, it took a week or two to finish one floor of construction but now, the fastest builders can do this in four days.”

“The market is changing and the requirements from the customer side are changing, so we had to be a little bit more innovative and look at how we could accelerate the program; the robot definitely addresses this,” Urs Puntener, director of global fulfilment at Schindler told Arabian Business.

RISE can complete drilling and setting the anchor bolts for landing doors, divider beams and wall brackets faster than conventional methods, according to Schindler. An operator-less system, RISE functions independently, with a camera mounted on the platform for remote viewing.

The robot works round the clock, while a Schindler RISE operator remains on site to provide quality control and support. 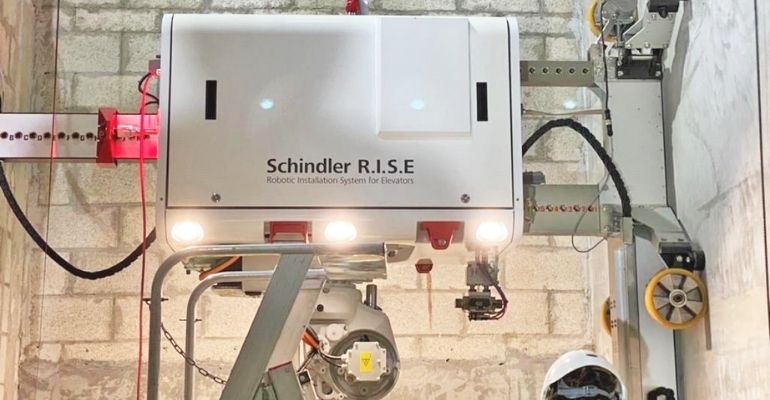 RISE has been deployed in a total of ten projects across Europe, in Poland, Austria, Switzerland and Germany. The prototype of the automated elevator installation system was launched in 2018.

Designed by Adrian Smith + Gordon Gill Architecture, the construction contract for Uptown Dubai was awarded to Six Construct, a subsidiary of BESIX Group in the Middle East.

In January this year, it was announced that BESIX would be using RISE for the first time in the Middle East for Uptown Dubai. The robot would traverse all storeys of the tower to measure and drill precision holes and set necessary anchor bolts. These would be required for the installation of elevator guide rails and landing doors.

Schindler is also seeing interest from other regional customers for RISE, the Arabian Business report said.

Uptown Dubai is scheduled to be completed by early 2022. Standing at 340 metres, it will feature 188 luxury hotel keys, 229 branded residences, restaurants, health spas, conference facilities, and Grade A offices.