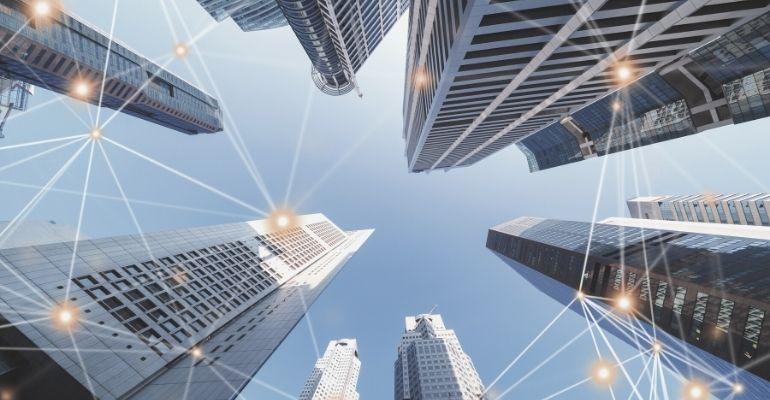 The UAE is propelling itself towards technological integrations to boost its economy. This will bring about far-reaching transformation for its real estate sector.

Technology is turbocharging the fourth industrial revolution the world over. In the Middle East, the wheels are in motion to bring cutting-edge technology, such as Internet of Things (IoT), to the real estate industry.

The UAE has prioritised the adoption of technology to make the best of early opportunities, including in sectors such as property technology (proptech). With the UAE working hard to stay ahead on the global tech leaderboard, the country’s real-estate sector has much to look forward to.

BRINGING TECHNOLOGY AND REAL-ESTATE TOGETHER IN THE UAE

Real estate in the UAE stands to gain much from the Fourth Industrial Revolution. For instance, a 2020 report noted that tokenising real world assets through blockchain could have multi-pronged benefits for UAE markets. Real-estate emerged as one of the top two areas that could be highly impacted by tokenisation.

Private players are paying attention to proptech developments in the region. Real estate company Aldar Properties recently announced its accelerator program, Aldar Scale Up, in February this year. The program is open to proptech startups worldwide. It will give five participating startups a chance to partner with Aldar for pilot projects in the UAE, across areas such as energy management, smart cities and biodiverse ecosystems.

The UAE government’s recently announced Operation 300bn highlights the relevance of technology for the country. One of its objectives is to promote technology in the logistics, real estate and infrastructure sectors. This, in turn, is expected to drive industrial growth and economic diversification.

The UAE government also made moves to capitalise on technological growth prior to Operation 300bn. In 2017, the Ministry of Cabinet Affairs and the Future announced a strategic plan for the country’s development amidst the Fourth Industrial Revolution.

Aimed at making the UAE a global technological hub, the strategy highlighted a number of focus areas, including cities, mobility, grids and supply chains.

The Crown Prince of Abu Dhabi, His Highness Sheikh Mohammed bin Zayed Al Nahyan’s comments on the strategy reflect much of the country’s outlook towards the future. “Our reliance upon knowledge and scientific thinking to achieve total development is the only way to bring our nation ahead to the stage of qualitative, non-oil production,” he said.