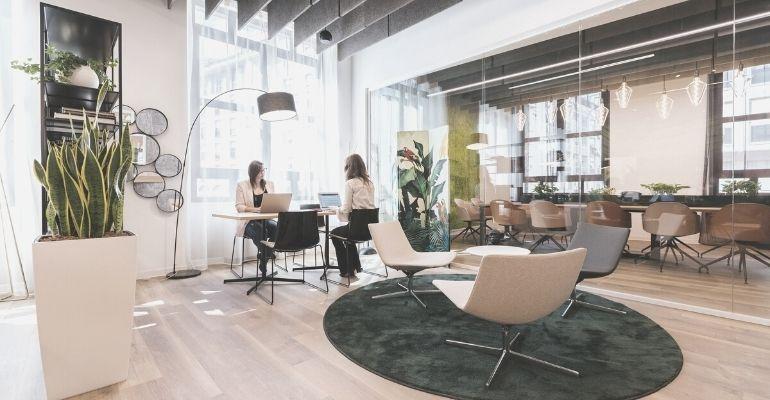 Most sub-markets have either recorded quarterly gains or no changes, showing signs of stability for office rents in Dubai.

Office rents in Dubai have started to plateau according to the latest from Knight Frank.

According to its biannual Dubai Office Market Review for summer 2021, 14 of Dubai’s 26 submarkets recorded no quarterly change in rents for the second quarter of 2021, indicating that office rents in Dubai are starting to stabilise.

At the same time, however, markets indicated an occupier-driven trend, with reported office rents in Dubai correlating to levels that were last recorded in H2 2012.

This highlights the growing relevance of the tech sector in Dubai, with DIFC becoming popular as a sub-market for tech startups. It also points to the overall growth of the TMT sector, which is currently seeing the fastest rate of job creation in the emirate.

Combined with transportation and storage, the TMT sector is expected to contribute 100,000 new jobs to the UAE economy in the next five years, the report noted.

Architecture firms also contributed to demand for new space, at 19.2%, as did the hospitality sector (9.9%).

OFFICE RENTS IN DUBAI TO BE IMPACTED BY POTENTIAL UPCOMING DEMAND

The report noted that office rents in Dubai performed comparatively well in The Greens, with an annual growth of 6%, Business Bay, which grew 4%, and Dubai Media City, which gained 2%.

While headline rents in The Greens remain 6.8% lesser than pre-pandemic levels, rents in Dubai Media City have fully recovered. Meanwhile, Business Bay reflected its first rental increase since the third quarter of 2019.

TECOM and Dubai South were amongst those to record no net annual changes, while other sub-markets recorded a net annual decrease of 1-19%.

On a quarterly basis, the outlook for office rents in Dubai looked more optimistic. Downtown Jebel Ali (+8.3%), Dubai Hills (+6.3%), The Greens (+6.1%), and Business Bay (+4.4%), showed the most gains. Growth of up to 2% was also recorded for Dubai Media City, DWTC District, Jumeirah Lake Towers, and Sheikh Zayed Road West.

In the mid to long term, Knight Frank expects that the 100% foreign company ownership law will have a key impact on office rents in Dubai. Demand for office spaces is expected to be nudged upwards, as small businesses operating in free zones look to relocate to onshore locations.