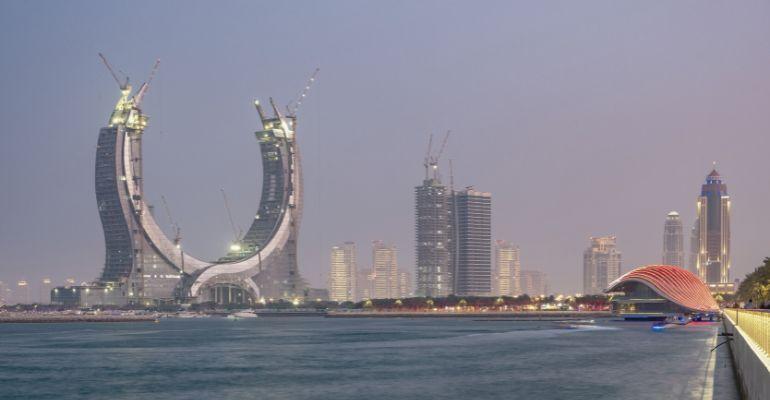 With Lusail City set to play a key role in the 2022 FIFA World Cup, the attractiveness of MENA smart city technology will be displayed to a global audience.

The development and expansion of Lusail City plays a significant part in Qatar’s National Vision 2030. This holistic economic strategy intends to build a knowledge economy and reduce the country’s dependency on fossil fuels. But the city will also play an integral role in the 2022 FIFA World Cup, thus demonstrating what smart cities in the MENA region have to offer on a global scale.

With Qatar hosting the 2022 FIFA World Cup, the intensification of infrastructure development projects arose. These include developments like new highways, the Doha Metro, and the expansion of Lusail City.

Over a million fans are also anticipated to use the integrated public transport network that passes through Lusail during the tournament. So, the city is certain to make a significant impression.

As the most walkable city in Qatar, Lusail features 67km of cycling and walking routes. The city also has a light rail transit system that connects to the metro, park-and-ride options, and a water transportation system.

The fundamental objective of developing Lusail, the first sustainable and smart city in Qatar, was to construct it while conserving Islamic architecture and the wealth of Qatari culture. The goal was to transform lives into better, more ecologically conscious ways of living by providing everyone with access to a comfortable and sustainable way of life.

Eco-friendly and innovative energy-saving methods are applied throughout the city. The integrated ICT infrastructure, which is necessary for its functioning, is made up of a fibre-optic network and citywide Wi-Fi.

Lusail was also built according to the guidelines set out by the Qatar Sustainability Assessment System (QSAS). As a result, all buildings in Lusail have obtained at least a two-star QSAS rating. Factors that contributed to this included the local sourcing of materials, energy-efficient systems, recycling schemes, and an overall high-quality environment.

The city's public areas are just as well thought out and effective as the built environment. A technology-infused environment that merges people, the environment, and infrastructure provides a futuristic sustainable city model that will allow the city to thrive.

A key factor in Lusail City's designation as a smart city is its sustainable infrastructure and utilities.

A notable utility is the district cooling system, one of the biggest central cooling systems in the world with four district stations and 175 km of piping. This has been designed to save 65 million tonnes of carbon dioxide per year.

The district cooling system provides both cool air and cool water centrally. Thus all that is needed to connect them is a duct system. The adverse side effects on the ozone layer that might otherwise be seen when using numerous small electrical units are therefore reduced.

Another noteworthy feature of Lusail is the 24 km waste pipe network that has been erected underneath the city. The disposal of human waste is made simple by a Pneumatic Waste Collection (PWC) system

This network offers an innovative approach to waste disposal by reducing the number of dustbin lorries needed in densely populated areas. The buildings are also connected to the pipe network, which then goes directly to the facilities outside the city for recycling and waste treatment. As a result, every day about 70 tonnes of rubbish are prevented.

As Qatar’s first smart city, Lusail City is setting a high standard for future developments in the country. Integrating the city’s infrastructure at the forefront of the 2022 FIFA World Cup will be displayed to a global audience. Along with the city’s positive impact as part of Qatar’s National Vision 2030, this highlights the positive implications that Lusail City will have. These implications will transpire in future developments and smart city projects in Qatar and across the MENA region for a sustainable and technology-centric future.