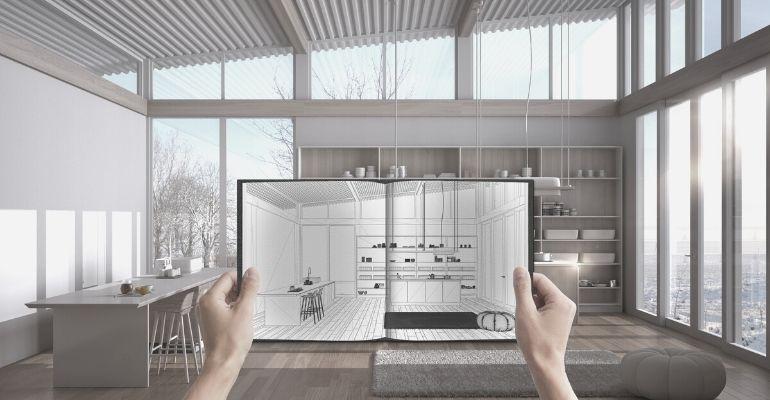 Using Amsterdam’s MX3D Bridge as a case study, one expert gives an insight into how state-of-the-art technology can shape the future of architecture and design.

3D printing is coming of age. We’re normally used to seeing the technology utilised for small to medium-sized objects, but 3D printing is now going large-scale – with the world’s first 3D-printed metal bridge set to be unveiled in Europe by the end of the month.

“You have to be adventurous to get your dreams realised,” says Bart Leclercq, lead structural engineer at Arup, an engineering services provider involved in the bridge project.

Appearing via live link from Amsterdam during Cityscape Summit 2020, Leclercq gave an insight into just how innovative architecture can shape the design industry. And the future is certainly looking promising.

Set to be placed in Amsterdam’s city centre, the MX3D Bridge is the brainchild of Dutch designer Joris Laarman and his technology start-up MX3D, produced with the help of a host of collaborators that includes Arup.

And according to Leclercq, the groundbreaking project offers a glimpse into how computational design – together with state-of-the-art robotic welding technology – could shape cities going forward.

Explaining that the concept of the bridge was born from an 3D printed chair designed by Laarman, he says: “The idea that 3D printing could be done to a much larger scale came very, very quickly after that, and they thought that if you could use a 3D welding robot in combination with some good powerful machinery – and with a good engineering company behind it – you would be able to create almost anything.”

Said to have started from an initial 18-month design phase in 2015, the collaborators went on to work on the robot that would build the bridge between 2017 to 2018, followed by building and testing the structure up to this year.

Described by Arup as a “12-metre long digital design masterpiece with curved, raw steel balustrades that belie its high-tech origins”, the bridge was created thanks to MX3D “intelligent software that transforms welding machines into 3D printing robots to produce a fully functional steel bridge.

“Advanced parametric design modelling – a tool for designers exploring new shapes using code – enabled Arup engineers to significantly fast-track the initial design process. The software can produce several iterations in quick succession until arriving at an optimal shape that offers the best solution against a set of benchmarks,” the company added.

The arrival of the MX3D Bridge represents more than just creating a beautiful or unique design; there are plenty of advantages to 3D printing structures compared to traditional methods, says Leclercq.

The other advantage is being able to tap into data in real-time more efficiently.

“We have had the opportunity to put some strain gauges on the bridge,” says Leclercq. “Over the next couple of months and years we're going to be able to monitor the behaviour of this bridge. We'll be getting live data from [the bridge] every day.”

This type of design and building isn’t immune to challenges, however. The key is to “learn from it,” the engineer states.

“I should mention that [this style of 3D printing] comes with a few challenges and that's okay,” Leclercq says, explaining that for example, the team found that welding vertically resulted in the ”whole cross-section becoming much more homogamous… so they managed to optimise this process over the many months that they were testing the bridge.”

He concludes: “A project like this is not possible without some serious input from various parties. You learn [from the challenges].”