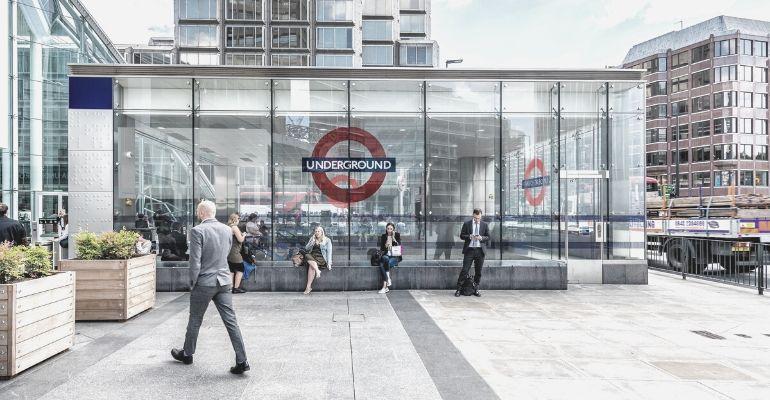 Computers and building information modelling have transformed what we can build and how it is built, and will continue to do so. Robotics and 3D printing technology will add further capacity for new forms and new ways of construction.

I think the greatest effect on our cities will be how we move around them and between them. Economist Paul Buchanan explains that we have traditionally traveled for around one hour to get to work. This would have been true in AD16 and it is now. The workers of Rome might have walked or ridden to the fields, construction site or port for an hour to their employees each day.

With modern travel, that hour covers a greater distance and, when the first phase of HS2 is completed in 2025, the young architects of our office might travel from affordable accommodation south of Birmingham to the office in London and take advantage of connectivity throughout the journey. Connectivity will continue to be a blessing and a curse.

The need, or expectation, to be continually connected and constantly available is a pressure. Weston Williamson+Partners has recently drawn up a scheme for a Hyperloop (a vacuum tube with a maglev train traveling and 1,000km per hour between Melbourne, Sydney and Brisbane), which will change the way people commute and choose to live in the east of Australia. The need to combat climate change will be a spur to these advances. The number of people currently traveling on planes between these cities is astonishing.

If we want to move people out of planes and cars we have to make public alternatives much better: more reliable, more comfortable. Or perhaps the need for continual connectivity might render traveling speed secondary to the speed of communication. If we can stay in touch, will we need to travel so much? The timescale for large infrastructure projects such as HS2 is so long that there is a real danger that new technologies will render them irrelevant before they are completed. There is a distinct possibility that automated vehicles could take customers away from HS2, for example.

People may choose to relax at a slower speed if they can sleep or work on a door-to-door journey. It is for this reason that high-level discussions are taking place between Google, Uber and others in the forefront of these new technologies to involve them in HS2 and ensure that ‘HS2 is future-proofed, adding expertise on everything from booking tickets to onboard retail.’ (The Sunday Times, 19th February 2017). It is quite possible that there will be less emphasis on speed. If we can be connected to the office and others at all times, comfort and convenience would be preferable. Perhaps a slow safe solar-powered airship taking three days to fly from London to Sydney would be preferable to a cramped uncomfortable faster jet burning fossil fuel and contributing to climate change. There are other exciting possibilities.

London is being transformed by a commitment to good public transport and will continue to attract overseas investment as world cities compete against each other for the same pot of money. Even vertical movement is on the agenda, with ThyssenKrupp Elevator developing personal transportation from underground metro-platform levels to designated locations in surrounding towers, moving both horizontally and vertically. This technology could transform the way we move around tall buildings as much as driverless cars will change the physical environment of our cities. In addition to the research work with ThyssenKrupp, Weston Williamson+Partners are conducting a research project to design and promote a new green city based on high-speed rail – a high-rise version of a true garden city: a civilized city.

We can see how this might look already with the proliferation of electric scooters transforming areas of California and other major cities and in the way Uber and others have completely altered how we travel in areas poorly served by public transport to fill in the gaps.

New high-speed rail connections are proposed in the UK, Singapore, the Middle East, the US and elsewhere. This presents a huge opportunity to rethink how cities work and look. We have taken this opportunity to re-imagine how a new settlement of 350,000 people could be designed a new high-speed transport hub. It could be north-west England, southern Malaysia, or northern California. The design would be site-specific while adopting the design principles that we suggest.

I believe that current plans for the areas around high-speed rail stations south of Birmingham and Ebbsfleet are too unambitious and will do little to provide much-needed quality housing in the UK. At the moment only 15,000 homes are proposed at Ebbsfleet when so many more are necessary and could be built, put in reach of employment opportunities by high-speed rail. Developments such as Canary Wharf show how important it is to synchronise the provision of public transport with the rate of development. At times, commuting becomes unbearable.

Previous new town examples – such as the Garden City, Milton Keynes, Chandigarh and new settlements in China – have relied too heavily on petrol-fuelled personal transport. Our proposal eliminates the private car entirely within the 2.5km-diameter centre.

Greener technologies will power new vehicles and, if automated vehicles can be designed to move in a variety of terrains, we can dispense of roads altogether. This would totally redraw man’s imprint on the planet. The freeing of land currently used for car parking alone will transform the look and feel of our cities.

The UK government’s enthusiasm for infrastructure is welcome. When Weston Williamson+Partners designed the London Bridge station for the Jubilee line extension in the 1990s, it was seen as a purely transport-oriented project. Since then, successive governments have looked closely at the regeneration possibilities of infrastructure projects. Other countries have also taken up the challenge. Singapore is leading the way with its vision for public transport and long-term planning. Sydney and Melbourne also have ambitious plans. The new uses for their dense networks of alleys – the laneways – have transformed these cities. As Charles Montgomery says in his excellent book, Happy City: ‘Rome rose as its wealth was poured into the common good of aqueducts and roads then declined as it was hoarded in private villas and palaces.’