Reimagining our urban space after COVID-19 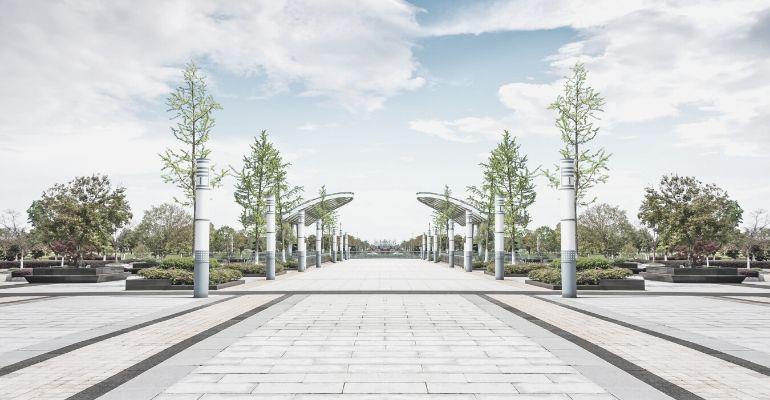 From the bubonic plague to the Spanish Flu – urban planners and architects have had to adapt to the transformation of cities due to pandemics across the globe. With measures to restrict movement now in place, some are wondering which of these adjustments will endure beyond the end of the pandemic, and what life in our cities might look like on the other side.

A strange quietness has descended on cities across the globe. The bustling hubs of Dubai, Paris, Milan, New York, and Mumbai have been replaced with near-empty streets as the fight against COVID-19 continues.

For urban planners and architects, the way we move through our cities, our daily life, and the demand for physical space have been altered. It is now a question of easing the tension between densification and disaggregation, the separating out of populations, which is one of the key tools currently being used to hold back infection transmission.

A move towards denser cities

New York Governor Andrew Cuomo has blamed the severity COVID-19 in America’s worst-hit city on urban density, tweeting that the high levels of density have been destructive and it must be stopped.

But will there be a long-term push for cities to sprawl outwards in order to reduce downtown populations? Richard Sennett, a professor of urban studies at MIT and senior adviser to the UN on its climate change and cities programme, spoke to the Guardian about solutions moving forward for cities.

“At the moment we are reducing density everywhere we can, and for good reason. But on the whole, density is a good thing: denser cities are more energy efficient. So, I think in the long term there is going to be a conflict between the competing demands of public health and the climate.”

Sennett believes that in the future there will be a renewed focus on finding design solutions for individual buildings and wider neighborhoods that enable people to socialize without being packed into compressed restaurants, bars and clubs, but given the incredibly high cost of land in big cities, significant economic reforms need to be introduced.

Architects and urban planners have been optimistic about the future and have looked at the crisis as a way of improving the way cities are designed and run.

With lockdowns and initiatives forcing city dwellers to stay at home, architects and urban planners are rethinking urban infrastructure to help people adapt to a post-pandemic world. City authorities have implemented road closures, limited public transit systems, and have even gone as far as to widen sidewalks to help residents maintain the appropriate distance recommended by global health authorities.

Urban initiatives have been introduced to directly control the spread of the virus. According to a recent CNN article, cities in the US, Canada and Australia have reconfigured traffic lights so that people no longer need to touch crosswalk buttons.

“It is unclear if these urban interventions will continue once the pandemic is over. Milan plans to build 22 miles of new cycle lanes and permanently widen sidewalks after its lockdown lifts. Authorities in Hungary's capital, Budapest, have suggested that its new bike lanes may become permanent if the measures "prove favorable," while planning officials in Providence, Rhode Island, have said crossings will now remain button-free,” the article reads.

Cities, like New York, Auckland and Mexico City, are beginning to experiment with widening streets to ease crowding. While Paris is aiming for a "15-minute city," where most people's daily needs are a short walk, cycle ride or public transport commute away, and Barcelona is looking at a USD 4 million plan to make the city more suitable for walkers and cyclists under social distancing rules.

A Netherlands-based architecture firm, Shift, recently came up with the concept of a pandemic-friendly hyperlocal micro-market after realizing that supermarkets and retail outlets were not equipped to follow social distancing measures.

The Dutch architecture firm created a simple 16-square grid design for a tiny supermarket so that it could be quickly and cheaply assembled in public squares, allowing people to shop local while also following social distancing guidelines.

Each micro-market consists of just three stalls - each selling a different kind of produce - organized around the grid, which holds a maximum of six customers at a time.

According to the World Economic Forum, Studio Precht, an architecture studio based in Austria has designed a new maze-like design for a crowd-free park.

“Their Parc de la Distance was conceived as a proposal for a vacant lot in Vienna but could be replicated on any unused patch of urban land. The paths in the park are 2.4 metres apart, with 90-cm hedges dividing them, allowing visitors to experience the benefits of green space while remaining at a safe physical distance,” according to the World Economic Forum.

Public areas are not the only spaces that could change.

According to the Australian architecture firm, Woods Bagot, working life has instantly shifted from offices and co-working to working from home (WFH). “While this trend has been on the rise over recent years the immediate, en masse shift exposes the benefits (and challenges) to a far wider range of the population than ever before. This will lead to significant changes in people’s work habits and expectations. As more people become comfortable with working remotely, they will expect to be able to do so more often. This will change the way we design and use our workplaces, schools, and homes. While we expect the physical changes to offices and classrooms to happen over time, the changes to our homes could be far more rapid,” the company says.

In April, the company launched its Split Shift Home design aimed at helping parents who both work from home while sharing parental responsibilities. The unit features moveable walls, an area for growing fruits and vegetables, and extra office and food storage spaces.

There are many more initiatives like this that will begin to emerge as architects and urban planners find themselves in an experimental stage; for now though, what is clear, is that the pandemic has presented the industry real opportunities to reimagine cities