The Age of Glocalisation 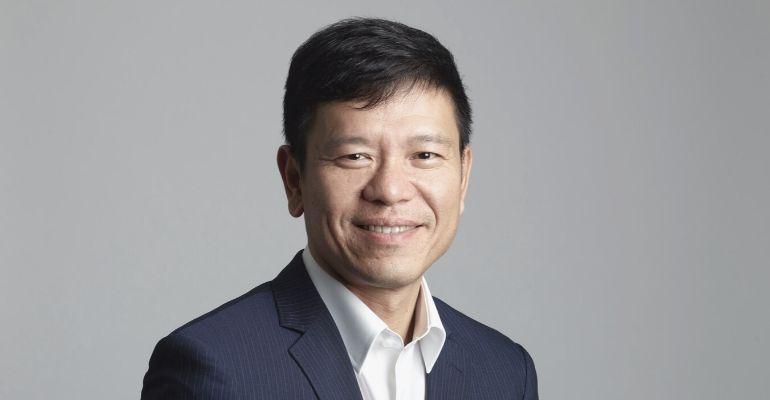 Ivan Fu, Director at LWK+PARTNERS talks to Cityscape about embracing glocalisation in the architecture sector

What are your thoughts on architecture within the UAE region and how does it compare to the rest of the world?

I think in many ways the development of architecture in the UAE shares characteristics with our home market. Over the past forty years, the growth of the Chinese economy has been one of the major factors that has driven Chinese architecture.

Likewise, over the past forty or so years, the UAE region has witnessed huge GDP growth. Although there are differences in the economic models – the Chinese model being fueled by manufacturing, the Emirati model being fueled by mineral wealth – there are however similarities both in terms of the social and economic change that the respective booms have brought, and in terms of the recent drive towards diversified service economies in both nations. There is also common ground in that both regions are led by proud leader that want to contribute to the well-being of their people.

In both regions, this new wealth has been given public expression in architecture – whether one thinks of the Beijing Olympic Stadium or the skyscrapers of Hong Kong and Shanghai, or the Burj Khalifa, Burj Al Arab, or the Louvre Abu Dhabi – these are new global icons that represent each regions wishes to express their culture, their technological prowess and their confidence in the future. The Burj, in particular is seen as a beacon that anchors the people of the UAE to their homeland

LWK+PARTNERS believe there are important lessons to be shared, and that’s one of the reasons we have established our presence in the MENA region and why we are participating in this year’s Cityscape; we want to share our expertise in quickly and efficiently creating high density cities, and at the same time bring some of the UAE’s experience in creating beautiful, inspiring cities back to China. 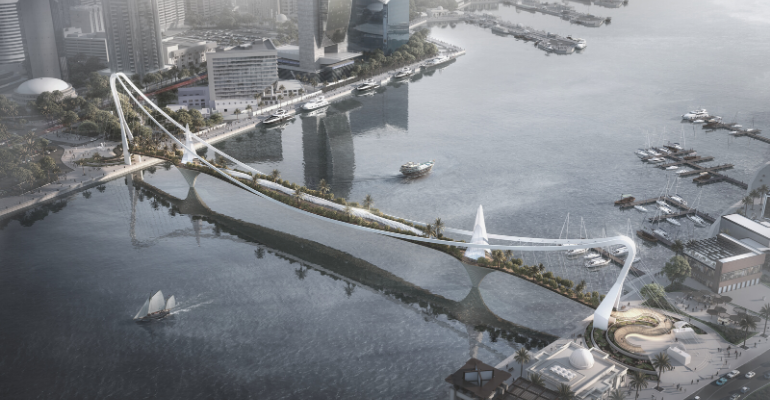 Would you say the UAE has embraced glocalisation within its architecture sector, why or why not?

Glocalisation is an interesting concept – the idea of creating products for global distribution which are then slightly adjusted to accommodate the needs of a specific local market. Examples of which we have all witnessed in the automotive industry and fast food franchises– actually I think we’ve been doing this in Hong Kong for over 150 years!

At heart glocalisation is a form of innovation which adapts a tested product or technology to particular circumstances. Of course there are advantages in adapting an existing model in that it lessens risk. But simply copying international precedents results in cities & buildings that lack a strong identity, and this cookie-cutter approach can alienate users. Simply looking at the glittering skyline of Dubai – and as an architect it thrills me every time I see it – it’s obvious that one is looking at a confident, modern metropolis. But when you spend time at street level, you discover a place that is actually very different from Hong Kong, London, or New York, because it has retained its own culture and sense of self.

Dubai is much more than simply a temple of commerce – it represents a city that has carefully studied and selectively adopted some of the better examples of urban planning and architecture from around the world, and successfully married these with a culture that is confidently local. That Dubai atmosphere – and I feel it elsewhere in the UAE – is both international and local and hence glocal

This receptiveness to international good practice which is then massaged to suit the needs of the region is what made Dubai the obvious choice as LWK+PARTNERS’ first studio outside our home region, and we’re very grateful to the UAE for the welcome we have received.

How has the global architecture industry evolved over the two decades? Are we seeing a new architect emerge today who is more in favour of glocalisation?

I think knowledge is diffusing much more than it did in previous decades, due to the digital age, when it was possible to say there were maybe two or three “design capitals” in the world. For example, in the 1980s and ‘90s when Hong Kong was experiencing its big boom, the design culture was dominated by British and American firms, but in fact local architects gained ground very quickly because they were able to apply international quality in a local context that they understood very well.

When LWK+PARTNERS acquired our Local Design institute in mainland China in 2012, it was seen as an unorthodox step because Shenzhen was perceived as having less of a knowledge base than Hong Kong. That has changed very rapidly, and we have seen new centres of knowledge sprout up all over our region.

It makes sense then with a more diverse profession that architects customize their design approach to their local environment, and that designers feel a greater connection to the place where they live and work and that they respond to that rather than simply transplanting a design from another climate or culture.

Similarly, when LWK+PARTNERS set up our China and MENA Studios, we knew that our leadership team had to be deeply embedded in the local context & have top notch international credentials – who could be on the ground and understand what the local market wants and needs. This approach is well expressed by HSBC’s “the worlds local bank” marketing campaign. We are very fortunate that our senior team in MENA are so well attuned to the market, and I think we are seeing that reflected in the projects we are winning.

What are the key architecture trends that we’re seeing emerge in Asia and across the globe?

Asia has been going through a process of wealth acquisition over the past 40 or 50 years, with almost every economy in the region growing very significantly. So in these emerging economies, we have seen a rush to build, as developers and governments have been seeking simply to keep up with demand. We can say that the past 40 years in Asia has been about achieving “width”, about satisfying demand.

Now I believe we are seeing a trend towards “depth” – urbanized populations that have in many cases had overseas education or working experience are becoming ever more sophisticated. We are seeing increased demand for leisure and cultural facilities that correlates with higher disposable income; demand for airports and resorts that correlates with more free time; and demand for schools and universities that is linked with increased ambition and social mobility.

It’s all about quality, creating experiences that inspire people to visit, to enjoy, to share with their friends and families. Now a great building or space can get global exposure overnight and inspire people to visit cities they have never thought about going. We see this trend in one of our flagship interiors projects at K11 Musea in Hong Kong – where built-up expectation fueled a real social media boom over its opening period, which is great for the city and also of course great for our client.

We are enjoying sharing some of these lessons with the MENA market, particularly in some of the new city-scale developments planned in Saudi Arabia, and in testing their fit within this unique cultural milieu.

What do you think are some of the major challenges the global architecture world is facing at the moment and what is being done to address them?

There are generational challenges that as architects we are having to face that we have never faced before – these include increasing population, rapid urbanization, and taking account of the environmental impact of our work. The challenge is to do more with less, both in order to mitigate our impact on the natural environment and to build more quickly and more economically.

China has already made big strides to make its cities more sustainable and more livable; the 2014 Urbanisation plan which is breeding concepts like transport orientated developments are already well known but are really being refined in Asia now. In the MENA region too, we see an increased focus on public transport that is seeking to make mass transit a high-quality, memorable experience.

Some of our projects have led us to focus on facilities management, and using as-built BIM information and sensor arrays to conduct real time monitoring and analysis. This is creating volumes of data that allow us to understand built assets in different ways, and to understand the downstream impact of our design work.

We think government has a part to play in directing and regulating the built environment, but ultimately the market is going to generate solutions. These may be more complex than we can currently imagine, and we look to increased use of technology – going beyond BIM features such as design optimisation and clash detection, and into deep learning to actually innovate solutions that can be empirically proven to be best in class. We live in exciting times and are striving to push the edge of the digitalization of architecture

Who would you list as the 21st century’s most influential architects?

Can I say that LWK+PARTNERS are becoming influential? I think I can, because we are in the first wave of designers going abroad and representing China exporting design to the world. We have already witnessed this trend in other industries, and I believe we will see more of it as the century develops.

Of course there are many famous names I could mention, and many are exhibiting here at Cityscape, who influence the performance and aesthetics of the built environment. But our industry is so wide that we receive influence from all sides – whether it’s the craft movement pushing us towards more vernacular forms, or technical developments such as 3D printing or prefinished volumetric construction, or even future technologies like autonomous vehicles or drone transportation – these will all affect how people interact with buildings, and they will change the form of our cities.
I wonder whether we will see the role of the architect change in the 21st century – as deep learning and artificial intelligence develop, I believe end users will be able to get involved early in the design process, even of complex developments, and be able to personalize the built environment at all scales.