Some of the biggest hotels opening in the UAE in 2021 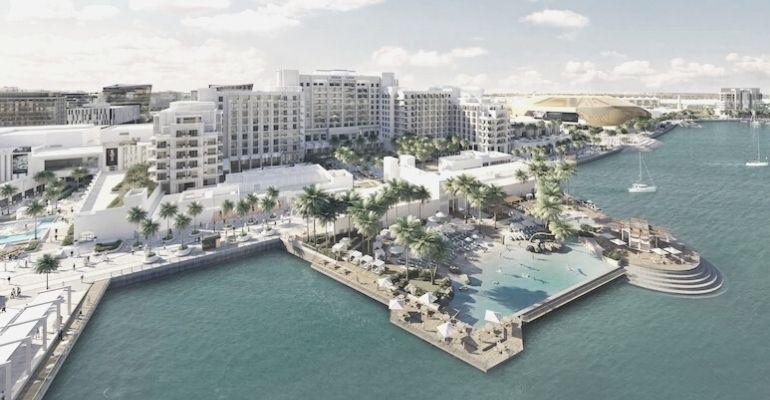 The UAE’s hospitality industry is looking ahead to a post-COVID-19 world, with these new property developments in 2021

Last year may have been turbulent for the travel and tourism industry, but with multiple COVID-19 vaccines being rolled out around the world, the UAE’s hospitality industry has an eye on the country’s future travel market. Here are some of the biggest hotel names set to open a new property in the UAE in 2021.

Leading the way in the UAE capital is the Hilton group, with three properties planned to open in the city in 2021. The portfolio includes The WB Abu Dhabi, which will have 257 rooms and suites, Hilton Abu Dhabi Yas Island (with 546 rooms and suites), and finally, DoubleTree by Hilton – Yas Island Residences, which will open a limited number of long-term rooms with just 156 studio, one, two, and three-bed options planned. Out of the three properties, Hilton Abu Dhabi Yas Island will bring the most significant number of  F&B options and retail outlets to the Yas Island hub, including 37 F&B outlets and 19 retail outlets. The WB Abu Dhabi property is under the Curio Collection flag of the Hilton group. The Warner Bros themed hotel will allow guests to experience recognisable characters from across Warner Bros.’ iconic collection of film, television and comics.

The largest number of properties opening in the UAE are situated – perhaps somewhat unsurprisingly – in the country’s tourist-centric emirate of Dubai. Two of the new opening will be on the city’s Palm Jumeirah island, including St Regis The Palm, and in a show of its faith in the UAE’s tourism industry  – a fourth Hilton property to open in the country in 2021 – Hilton Dubai Palm Jumeirah, which will be larger than all of the group’s new properties in the capital with 608 rooms. Elsewhere in the city, Rixos will be making further inroads in Dubai, with its new sprawling Rixos Jewel of the Creek hotel, with 770 rooms, spanning a massive one million square metres, the property is being viewed as a significant investment in the city’s older district of Deira. The property will come with a range of residential, commercial, hospitality, sports, entertainment, recreational, and marina developments to the area. Two other new openings in Dubai are targeting the business hubs in the city. The Dubai EDITION (the second EDITION property in the country following the opening of its sister property in Abu Dhabi in 2018), is planned to open in the city’s Downtown Dubai district this year. Close to The Dubai Mall, the hotel will be targeting both regional and international tourists with its 210 room property. Finally, the SLS Dubai Hotel & Residences is due to open in Downtown’s Dubai’s neighbouring Business Bay district. The property is being completed by Mapa & Gunal Construction, will be the tallest residential and the tallest hotel by the group once it is finished.

PROPERTIES OPENING IN THE OTHER EMIRATES

Further afield, Fujairah will see two new resorts open this year, aimed at attracting leisure travelers. These include the Address Fujairah Resort, the Palace Fujairah Resort. Both properties will remain on the smaller side for resort properties, with 196 rooms and 167 rooms respectively. Meanwhile, Ras al Khaimah will see the opening of one of the largest Hampton by Hilton properties in the world, the Hampton by Hilton Marjan Island (and the fifth opening by the Hilton group in the UAE planned for 2021), which will feature 500 rooms. Anantara is planning to open a luxury resort in the emirate too, with its Anantara Mina Al Arab Ras Al Khaimah Resort, featuring 306 rooms. According to the hotel group, the property will be the group’s first Maldivian-inspired hotel in the country, with a nod towards attracting luxury travelers who would normally head to the south Indian Ocean travel destination.