Creating the building blocks for a smarter city 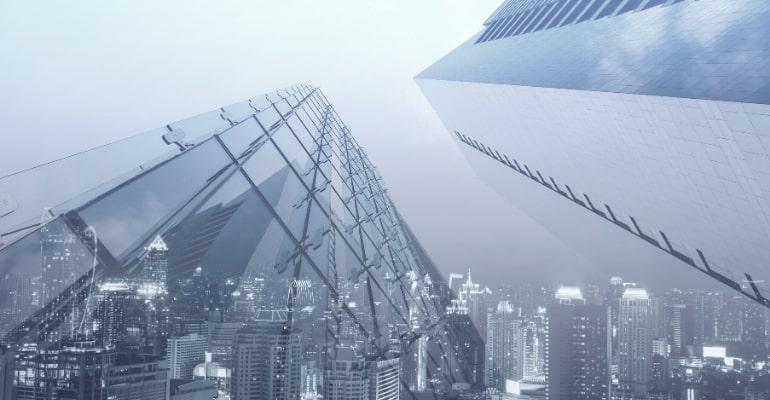 The real estate industry is on the cusp of technological upheaval but is playing catch-up with more innovative sectors.

In real estate transaction speeds are significantly lower because of the enormous legal hurdles in place, no matter what the geography is. Nonetheless, a case can be made that both LegalTech and fintech will provide a basis for the rapid growth in proptech.

Globally, significant proptech opportunities arise from two areas, the first, a $3 trillion market over the next 20 years for Smart Cities, and the second, the estimated additional value to the world economy of $300–$400bn from blockchain alone. Additionally, proptech can bring greater social benefit by harnessing Big Data to understand the interplay between infrastructure, human activities, and the broader urban environment.

In China, for example, smart cities are viewed as a significant way to accelerate the process of industrialisation, urbanisation and improving agriculture. Two hundred smart cities have been identified for inclusion under a national pilot scheme. The goal is to integrate various information resources, improve urban management and service level provision, as well as promote industrial transformation.

In India, the Indian government has a vision of a ‘Digital India’ and has put forward a plan to integrate smarter city processes into 100 cities across the country. The expectation is that cities in the future will be built based on the availability of optical fibre networks and next-generation infrastructure.

In the UK, the government envisages smart technologies as a key driver of economic growth. In addition to promoting their adoption, the government has mandated the use of BIM for all its newly procured public buildings providing an impetus to develop technical skills as well as the creation of a more collaborative culture in this area.

The cities of the UAE are not far behind, and in some areas, are leading the charge. Two years ago, in 2018, Abu Dhabi had completed a wide-ranging smart city project with its partner Technology Strategies Middle East to lay down the foundation for an Internet of Things platform in the city.

Furthermore, the Abu Dhabi City Municipality recently launched the pilot phase of a five-year project for smart cities and artificial intelligence (AI), the Zayed Smart City project, to validate key use cases and its viability. This city-wide project was designed to digitally transform the environmental, social, and financial aspects of urban life to improve the lives of the United Arab Emirates capital city’s citizens and visitors.

Dubai's Vision 2021 also has a laser-focus on transforming the emirate into a smarter city for the benefit of its citizens and with the launch of the Smart Dubai initiative, the government is looking to facilitate a citywide smart transformation to empower, deliver and promote an efficient and impactful city. This is being done through, the introduction of public Wi-Fi and electric car charging stations, as well as smart parking, live traffic monitoring and smart power grids and the roll out of blockchain in business ledgers, billing and consumption services. All key buildings blocks for a smart city. Similarly, Abu Dhabi Municipality’s vision for the city and its five-year Smart Cities plan aims to achieve sustainability and enhance the quality of life for citizens and residents.

Both Dubai and Abu Dhabi are leading the Middle East and North Africa region in a new global ranking of smart cities, outshining advanced urban centres like Seoul, Shanghai and Tokyo in implementing technologies to enhance quality of life, the environment and inclusiveness. The IMD Smart City 2019 Index placed Dubai in 45th spot out of the 102 cities ranked while Abu Dhabi took 56th position, according to the IMD World Competitiveness Centre’s Smart City Observatory, which produced the study in partnership with Singapore University of Technology and Design.

This ‘citizen centric’ ranking of major urban hubs across the globe was based on a survey that gauged inhabitants’ perception of their urban setting and services provided. Saudi Arabia’s capital Riyadh took the 71st spot, Cairo came in at 99th position and the Moroccan capital Rabat was placed 101 in the ranking. All good news for cities across the Middle East where investment is rising in scale and frequency, with one report from the International Data Corporation suggesting that investments in smarter city technologies across the Middle East will reach $2.3 billion by 2021.

So, while one would associate smart with tech, the human aspect of smart appears to be equally important. Abu Dhabi has taken significant stride in automating government services in order to improve the quality of life for residents in the capital through the use of technology.