Australian marine observatory will resemble a whale emerging from water 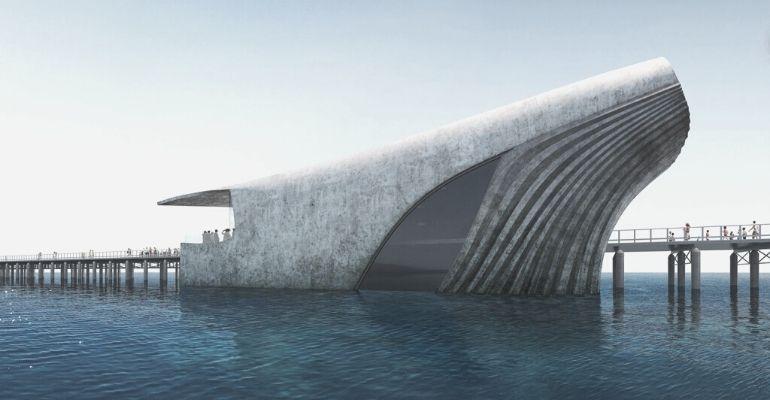 Baca Architects has designed a marine observatory called the Australian Underwater Discovery Centre that will mimic a whale surfacing off the coast of Geographe Bay.

The centre, which will be built two kilometres out at sea beside Busselton Jetty in Western Australia, will be positioned partially underwater and feature a large window overlooking the ocean floor.

It has been developed by Baca Architects to replace an existing observatory off of the jetty that is currently struggling to meet visitor demand. The goal is for it to become the world's largest centre of its kind, open for both the public and scientists to observe the marine habitats of Geographe Bay.

"The current underwater visitor experience at the end of the two-kilometre-long pier has been greatly successful but has reached its capacity," explained the studio's director, Richard Coutts.

"The operator sought to have a new cultural building that would be able to cope with higher visitor numbers and provide a larger underwater viewing window, quite literally, on the ocean floor," he told Dezeen.

"The brief set out the client's spatial needs and a requirement to deliver something iconic which will draw tourists in," added Coutts. "The goal is to promote the education, awareness and monitoring of the jetty's immediate marine environment and the wider environs of Geographe Bay."

The AUDC will be largely built from concrete, complete with a light-frame roof that will be constructed by yacht builders. Concrete was chosen for its durability and ability to withstand harsh conditions, such as in marine environments.

It is also hoped the concrete will help stabilise internal temperatures through thermal mass, with the help of a water heat exchange system for heating and cooling.

Across the front of the building, Baca Architects will use a porous, bioreceptive variation of the material to encourage the growth of barnacles and algae.

THE BUILDING WILL BE PARTIALLY SUBMERGED IN WATER 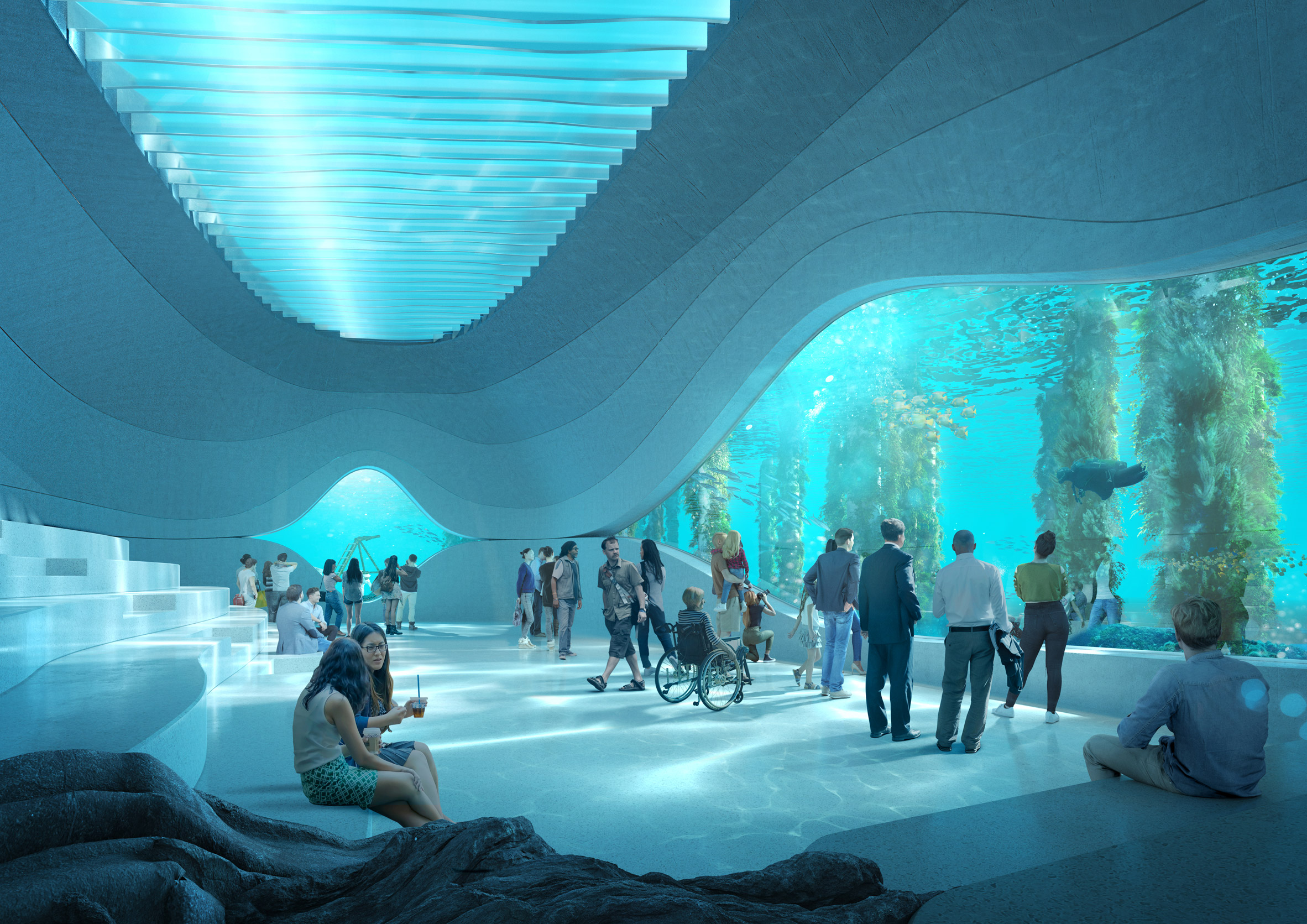 Inside, the AUDC has been designed as a sequence of spaces, which will invite visitors to explore a series of art galleries and exhibition areas above sea level before descending to the ocean floor-level observatory.

Several structural glass windows will be incorporated to provide views out both above and below the sea, including one that extends the full height of the building. From the outside, this window will be intended to evoke "the cetacean's eye".

The AUDC will be complete with a restaurant below sea level, and sculptures and artwork positioned out on the ocean floor.

It is slated for completion in 2022. The structure will be precast in a nearby boatyard, before being towed out and submerged in location.

A similar approach was used to build Europe's first underwater restaurant by Snøhetta in Båly, Norway, which was constructed on a barge 20 metres from its final site before being towed out to its final location.

Baca Architects is a London architecture studio founded by Coutts in 2003. While the AUDC marks its foray into underwater architecture, the firm is familiar with building on the water and creating flood-resilient structures.