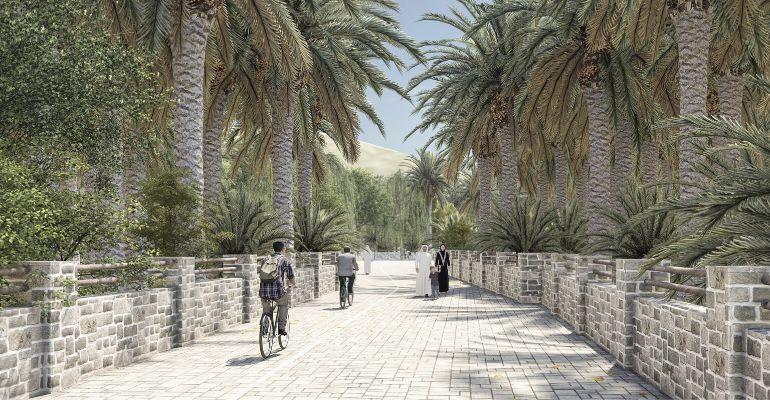 The AED 1 million Emirates Villages project gets underway with the Qidfa Region Development Project located in the Qidfa Oasis, a site with a rich history.

The first of the "Emirates Villages", a project aiming at developing a sustainable development model, has been unveiled by Fujairah officials. The project will be known as the Qidfa Region Development Project.

The Qidfa Region Development Project intends to increase the region's tourism potential and promote its unique characteristics via the media to attract 100,000 tourists per year.

Along with educating 200 young people in all sectors, the plan calls for the beginning of 50 youth development programmes in the area.

The project’s location, the Qidfa Oasis, is also the place of a tomb from the Wadi Suq era (2,000 to 1,300 BC). So a range of archaeological investigations have taken place on the site.

According to WAM, many uncovered artefacts were found during archaeological investigations of the oasis. The items found are currently on display at the Fujairah Museum. These include jewelry, coins, and weapons. A dish created from an ostrich egg, which dates back more than 2,000 years, is a unique discovery in particular.

The region has a wide range of economic benefits to offer the national economy. Alongside the Qidfa Region Development Project, a $10 billion power plant that produces electricity for around 380,000 houses is located there. So both will have a strong role in helping to raise the region's status as an important region in the UAE and as a place with pioneering communities.

A KEY STEP IN CREATING A SUSTAINABLE DEVELOPMENT MODEL

The Emirates Villages project is an important step in the UAE's goal of creating a sustainable development model that can be used throughout the country. The project takes does this well by taking advantage of the unique resources and skills of each region. In doing so, this offers an attractive way to show the unique features of Emirati communities and a great way to promote tourism, both of which are two of the project’s key objectives.

Also, the project aims to increase local community involvement, improve private sector participation, and promote its sustainable development model. Strong relationships are to be built between federal and local governments to do so effectively.

To achieve sustainable development for all areas, the Emirates Council for Balanced Development is working with a special development model. This model is built on collaborations between the public and commercial sectors and local communities. It also aligns well with the UAE’s bold visions for the country, which will further.

Overall, the “Emirates Villages” project is providing an attractive way to further improve the UAE’s tourism appeal. It also acts as a strong vehicle to guide the nation's sustainability and future-proof aims in the right direction toward success.