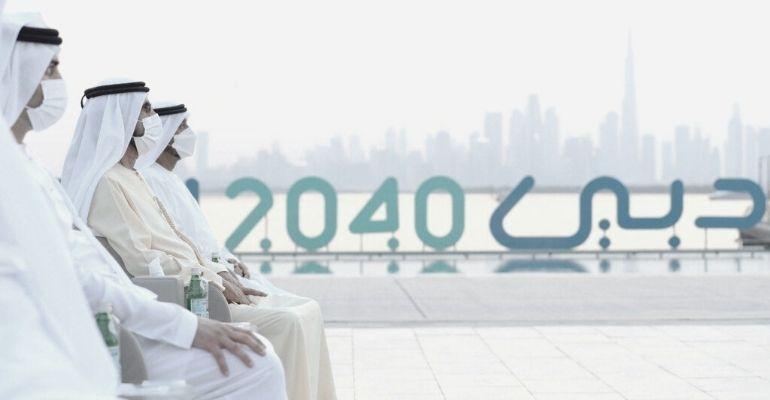 A look at how Dubai’s Vision 2040 will shape real estate and future investment from the CEO of Strategy and Corporate Governance at the Dubai RTA.

Since its launch in March 2021, the Dubai 2040 Urban Master Plan has continued to set the foundations for driving investment and moulding the future development of Dubai.

Inspired by the vision of HRH Sheikh Mohammed bin Rashid Al Maktoum, Vice President and Prime Minister of the UAE and Ruler of Dubai, to transform Dubai into the best city to live in the world, Dubai’s Vision 2040 seeks primarily to boost development, tourism, and investment throughout the emirate.

In the eight months since its announcement, the original plan has undergone several iterations and has been the driving force behind a suite of initiatives aiming to enhance various sectors of Dubai’s economy, including real estate, tourism, and health and wellbeing.

Speaking at the Cityscape Global Summit on 7 November 2021, Nasser Abu Shehab, Chief Executive Officer of Strategy and Corporate Governance at the Dubai Roads and Transport Authority, highlighted the progress of Dubai’s Vision 2040 so far and discussed the ways in which it will shape the real estate industry and future investment in Dubai.

WHAT DOES THE PLAN SET OUT TO ACHIEVE?

Dubai’s Vision 2030 lays out an ambitious roadmap for the development of Dubai, structured around the achievement of seven strategic themes comprising a total of eight aims. Among these core themes, there is a particular emphasis on encouraging business friendliness, providing diverse and quality options for national housing, and increasing the city’s green spaces and urban centres.

On a demographic level, the Urban Master Plan seeks to attract new residents into the emirate, predicting a 76 percent increase in Dubai’s population over the next two decades.

“In 2021 in Dubai, the population amounts to approximately 3.3 million residents. The Urban Master Plan aims to increase this to 5.8 million by 2040, reaching 7.8 million during the day-time,” Abu Shehab said.

In addition to this, Vision 2040 will also see the completion of five urban centres to support economic activity throughout Dubai. Of the five sites outlined in the plan, three (Deira / Bur Dubai, Downtown / Business Bay and Dubai Marina / JBR) are already in existence and two (Expo 2020 and Dubai Silicon Oasis) are under development, Abu Shehab confirmed.

The two newest locations yet to be fully competed, Expo 2020 and Dubai Silicon Oasis, will focus on enhancing the emirate’s logistics and tourism sectors and science and innovation sectors respectively.

According to Abu Shehab, this final stage of the urban development underlined currently by Vision 2040 complements the three existing areas which were established to support the business, corporate, tourism and hospitality sectors and cultural heritage of Dubai.

ENHANCING HAPPINESS AND QUALITY OF LIFE

A key strategic aim of the Urban Master Plan is to enhance the happiness and quality of life of residents, citizens, and visitors of Dubai. As Abu Shehab noted, a key element of this is in improving peoples’ work-life balance and enhancing their leisure time.

Driven by this goal, Dubai’s Vision 2040 will “create an integrated services centre that can cater to 80 percent of a resident’s needs within 20 minutes of their home and will establish a sustainable transport system whereby 55 percent of the population will live within 800 metres of metro station,” Ab Shehab said.

In the interest of improving peoples’ access to leisure activities and natural environments, green and recreational spaces are on track to double in size, with nature reserves and rural areas eventually constituting 60 percent of the emirate’s total area.

According to Abu Shehab, this is just a small selection of over 120 proposed strategic initiatives included in the plan and supported by both government and PPP investment.

AN EYE ON HATTA

Launched last month by Sheikh Mohammed, The Hatta Master Development Plan is a key constituent of Dubai’s Vision 2040, which over the next five years will transform Hatta into a major destination for tourism, business, and investment.

This sub-focus of the wider Urban Development Plan will see the development of the area into a year-round tourist destination, with specific objectives including the preservation of Hatta’s heritage and natural environment and the advancing of public-private partnerships and investment in the area.

Under the plan, Hatta will see the creation of new hotels, a never-before seen in the region funicular tram system, and a 120km track for bicycles and scooters connecting tourist and residential areas.