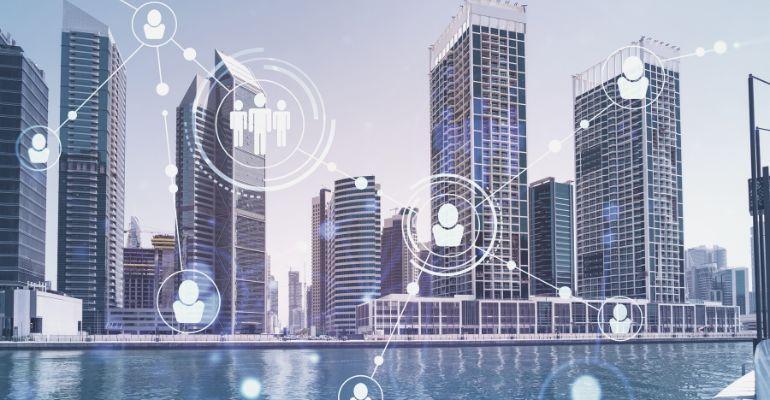 Plans kick off around Dubai Metaverse Strategy with the emirate looking to add USD 4 billion to its economy and a 40, 000 workforce

As part of its metaverse strategy, Dubai will look to create 40,000 jobs and add approximately USD 4 billion to its economy as it looks to ambitiously expand its digital space.

Earlier this week, Sheikh Hamdan bin Mohammed, Crown Prince of Dubai announced plans to position the emirate among the top 10 cities expected to propel emerging technologies globally in the future.

THE NEXT REVOLUTION IN THE TECHNOLOGICAL AND ECONOMIC FIELD

Plans are already in place to double the number of blockchain companies and the metaverse by five times.

“We want Dubai to lead globally in adopting the technology of the future, understanding its developments, harnessing its potential, and driving change,” said His Highness Sheikh Hamdan.

At the moment, there are currently 1000 companies in Dubai working in the metaverse, which contributes USD 500 million to the national economy.

Globally, estimates of the value of the metaverse market vary between USD 10 trillion and USD 30 trillion within 15 years, with reports on expenditure on virtual products in the metaverse reaching USD 54 billion in 2020.

The Dubai Metaverse Strategy, aims to position Dubai as one of the best cities in the world by investing in promising economic opportunities, adopting and deploying metaverse technology, and developing digital infrastructure that supports global transformations and the digital economy.

As part of the strategy to raise awareness around Dubai’s metaverse plans, Sheikh Hamdan also announced the launch of the Dubai Metaverse Assembly taking place later this year at Dubai’s Museum of the Future, which is expected to bring together global and regional experts from the technology and metaverse fields to discuss the future of the sector in Dubai.

In addition, earlier this year the Dubai government formed a dedicated task force to track the latest developments in the digital economy as it looks to leverage opportunities within the metaverse.