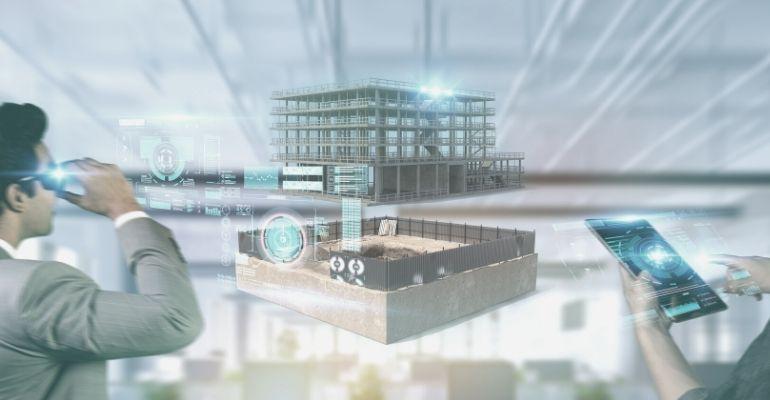 By 2025, an estimated 500 cities across the globe will be using urban digital twin technologies. So, what are digital twins, why do we need them, and why now?

Over recent years there has been a large increase in demand for the development and application of digital twin technologies across the Middle East. Such applications have multiple and increasingly advanced use-cases and are commonly employed to better understand pricing, develop profiles of buildings and areas, and aid in urban planning.

As data continues to become more available and easier to collect and technology advances, use-cases of digital twins are growing and in turn, costs are decreasing.

Various cities across the Middle East already operate platforms that enable digital twins, and in some cases, these applications are being bolted onto existing GIS platforms.

New technologies have presented an incredible opportunity to understand what is happening in cities currently and for the integration of tools to enable that collaboration, Steven Velegrinis, Director of Urbanism and Planning, Aecom MEA said speaking at the Cityscape GCC Summit 2021.

Although digital twin technology is quickly gaining ground and growing in specific areas of the real estate industry, it is still a relatively new phenomenon that remains under development.

“Where before tech was more standalone, we are now getting to a place where applications can integrate with one another,” Mark Hamilton, head of digital solutions at JLL MENA said at the Summit.

“I understand thoroughly people’s concerns [about the technology], but really believe that now is a time where the market is going through a turning point,” he added.

As a nascent technology with tools and capabilities that have not yet been explored, critics have dismissed digital twins as being overhyped in the industry.

“Sometimes there is a chicken and egg scenario wherein the ability to create software platforms gets people excited too early there is usually a lag between the creation of the software and the first realistic successful example,” Velegrinis noted.

Digital twin technologies can aid governments in the management of infrastructure and may also offer significant cost savings regarding urban planning.

Different modalities exist for digital twins and smart cities depending on the digital capabilities of locations. Cities with ageing assets require higher upfront costs than those with more modern real estate landscapes.

“Dubai is really a half-way step in that it was planned in a relatively traditional way with some, but not full, enablement of data gathering,” Velegrinis said.

We are now seeing ultra-modern cities emerge such as NEOM in Saudi Arabia, which from conception are set-up to be the ideal digital twin locations.

Projected to reach a value of $29.1 billion by 2025, the digital twin market is expected to boom in the next few years. This will see various non-traditional real estate players moving into the space such as cloud and gaming companies.

Nevertheless, concerns exist around the adoption of these technologies and risks associated with investing in them. Although artificial intelligence and machine learning systems are vastly more accurate than humans, there is often an overemphasis on the small number of errors these systems make, Velegrinis noted.

“Sometimes we’re trusting ML and AI to make decisions but don’t have enough of a track record to confidently predict outcomes. Therefore, it’s difficult for governments to risk their liability on these systems,” he added.

HOW WILL THE INDUSTRY EVOLVE?

Due to the reliance of digital twin technologies on quantum computing, we can expect the growth of the industry to align with developments in the computing space.

“In future we could have different modes eventually merge into interoperable systems that will require huge amounts of computing power.”

As more companies begin to realise the value of their data, they should continually monitor the growth in these tools and technologies.