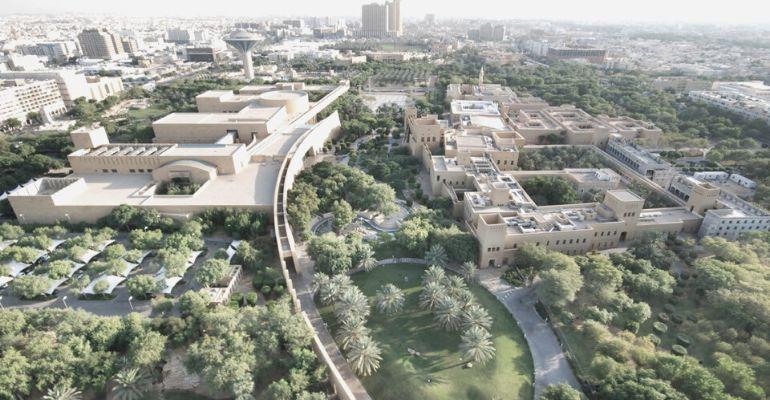 Following the inception of Vision 2030 in 2016, huge investments have been made throughout the Kingdom with 15 Giga projects already in development.

Since the introduction of Saudi Arabia’s Vision 2030 in 2016, Saudi Arabia has financed $1.1 trillion in real estate and infrastructure developments, exceeding the $1 trillion milestone.

There are now 15 Giga project in various stages of development around the Kingdom, several of which are new freestanding super-cities just by themselves. The largest of these projects, NEOM, will consist of approximately 300,000 new houses and inevitable house 9 million people as a result.

CONSTRUCTION IN KSA OCCURRING ON A MASS SCALE

Additionally, not all developments are occurring at NEOM. The $20 billion Diriyah Gate, for example, will expand the supply of housing in Riyadh by 20,000 homes when it is completed in 2027. According to Knight Frank, 46% of the building has already been finished with $5 billion invested already.

With over 30% of homeowners in the Kingdom ready to invest more than $800,000 on a second home in Saudi Arabia, developers will have no trouble finding work to meet this extensive demand. Sub-cities like The Octagon, Trojena, and The Line will establish new norms for luxury living in the area.

The population of Riyadh is predicted to skyrocket, rising from 7.5 million at present to 17 million by 2030. According to Knight Frank's analysis, the city has witnessed real estate projects worth a total of $104 billion constructed since 2016.

Accounting for more than 74% of the Saudi Arabian government’s $200 billion infrastructure investments, a new airport costing $147 billion will also be built in Riyadh.

The proposed construction of an additional 2.8 million square meters of high-end office space is something that Riyadh has needed for a while. Occupancy levels of approximately 97% across Grade A office space in the whole city demonstrate this need.

Many internal migrants are also being drawn to the city. With assistance for stepping onto the property ladder widely available through KSA’s Sakani Program, property prices are increasing quickly and are presently around 26% greater than they were this time last year.

The $23 billion Green Riyadh project also stands out as an impressive development. The project will be more than four times the size of New York’s Central Park and five times the size of London’s Hyde Park. This will make it the largest afforestation project in the world, involving the planting of 7.5 million trees in the Saudi capital to make it a green, thriving city.