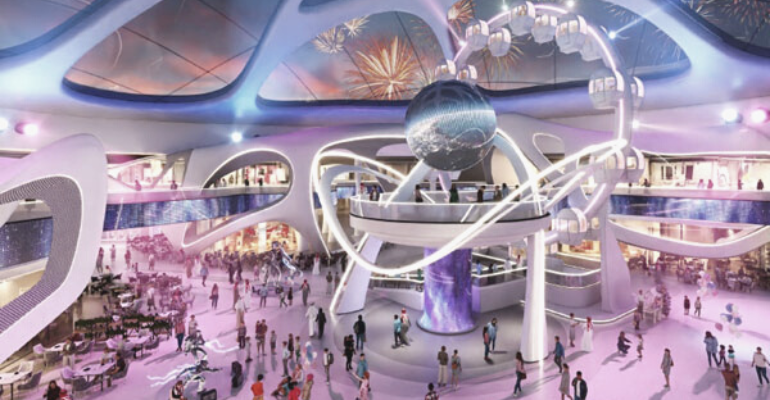 The Saudi Public Investment Fund (PIF) subsidiary Saudi Entertainment Ventures (Seven) plans to invest SR50 billion ($13.3 billion) in the construction of 21 integrated entertainment locations. In partnership with well-known global brands, these locations will be spread throughout 14 cities in the kingdom and include more than 150 cutting-edge attractions.

According to Seven, it will pioneer a brand-new approach in the entertainment industry. Its locations will provide a variety of experiences all under one roof, including a wide selection of entertainment attractions, local and international food options, and more. This acting in line with the Kingdom’s Vision 2030 aims to transform the country away from a historic dependence on oil.

The investment value of Seven's Al Hamra entertainment hub exceeds SR3 billion. With a built-up area of 167,000 sq m, it is situated on over 90,000 sq m of land. This is equally in an ideal location at the junction of the Eastern Ring Road and King Abdullah Road.

AlDawood highlighted that several pioneering entertainment attractions will also be housed there. A Discovery indoor adventure park and an educational amusement park that offers a world of discovery, play, and education are two examples of these partnerships. The Clip 'n Climb, which offers 40 different climbing challenges for climbers of all ages, and the Transformers-themed rollercoaster are additional attractions also on offer.

The locations of Seven's entertainment venues are carefully chosen to accommodate the Saudi Arabian population by making sure that everyone can readily reach them. The locations of the forthcoming developments are Riyadh, Kharj, Makkah, Jeddah, Taif, Dammam, Khobar, Al Ahsa, Madinah, Yanbu, Abha, Jazan, Buraidah, and Tabuk.