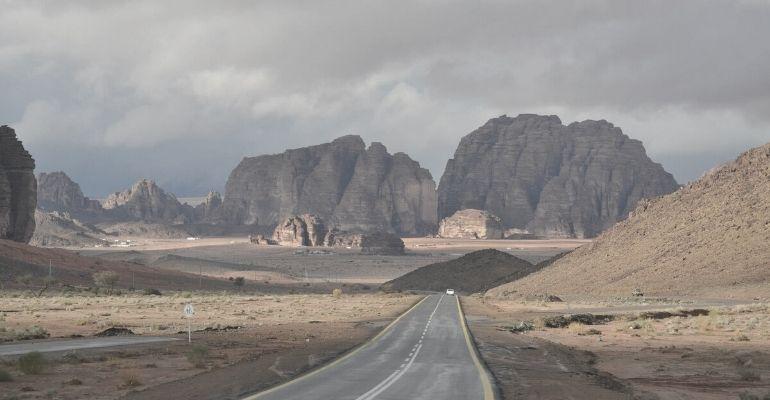 With Saudi Arabia’s futuristic city, NEOM topping the list as the first choice for property buyers considering investing in the Kingdom’s new giga-projects, travellers and investors in Dubai and London could get a sneak peek of the new smart city.

The Kingdom’s highly anticipated futuristic city, NEOM will see Saudia Airlines launch the city’s first weekly commercial round-trip flights from NEOM Bay Airport to Dubai in June 2022 in an effort to showcase the giga-project to global investors and curious travellers.

LONDON AND OTHER KEY DESTINATIONS ON THE LIST FOR NEOM BAY

Plans are also in place to launch flights from NEOM Bay to the UK’s capital, London, as well other key international destinations. Saudia operated its first-ever flights from Riyadh to the NEOM site in January of 2019.

“NEOM Bay Airport is a key enabler of NEOM’s development, facilitating efficient access to NEOM for residents and business partners, and drastically improving the ease with which NEOM can connect with people from all over the world. This is an exciting step in our journey to provide the best possible air connectivity to NEOM and a signal of our rapid growth,” said NEOM CEO, Nazmi al-Nasr.

Sitting at the crossroads of three continents and located in Tabuk, north-western Saudi Arabia, NEOM is accessible to 40% of the world within a four-hour flight from NEOM Bay Airport and is 1500 KM from the Kingdom’s capital, NEOM.

Rooted in cutting-edge technology, NEOM aims to build a seamless, efficient and connected transport network, which has a team of local, regional and international experts that sits just over 1500 full-time employees from over 65 nationalities.

NEOM’s ‘The Line,’ is slated to be a high-speed transit zero-carbon system with no roads or cars.

NEOM TOPS THE LIST AS THE FIRST CHOICE FOR PROPERTY BUYERS

NEOM topped the list earlier this year as the most attractive of Saudi Arabia’s giga-projects for potential investors and homebuyers, beating out the Red Sea Project and Diriyah Gate, according to a Knight Frank survey.

The Saudi Arabia Real Estate Market Survey, surveyed 1,003 Saudi national households’ across the cities of Riyadh, Jeddah and Dammam with respondents split between tenants and homeowners.

According to Faisal Durrani, Head of Middle East Research, Knight Frank, they discovered that there was the appetite to purchase, invest and live in some of the world’s largest and unique property projects.

“At 41%, NEOM has been named as the most attractive of the giga-projects, some of the largest projects of Vision 2030. This is where most of our respondents would be interested in buying a home,” he said.

The Red Sea Project (23%) is second and according to Durrani is arguably the most advanced in terms of visible development, while Diriyah Gate (13%) has been named as the third most likely project Saudi nationals are likely to buy.