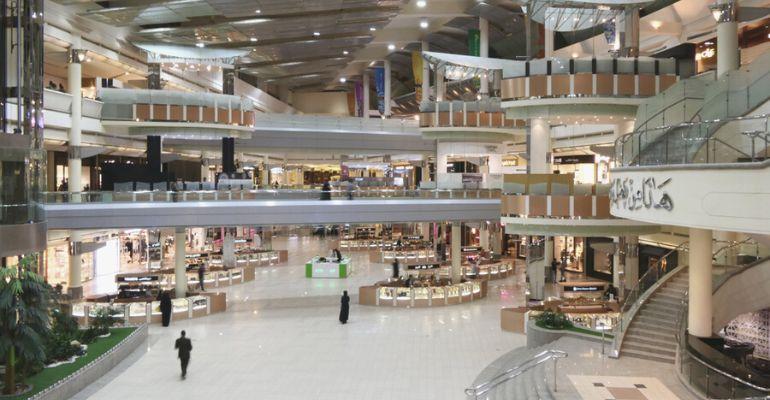 While supermarkets and department stores dominate Riyadh’s retail supply, a shift towards a more entertainment-driven retail environment is on the horizon.

According to Knight Frank's most recent research, the Saudi capital's present retail supply is estimated to be over 3.4 million square metres.

This supply is dominated by regional malls, which make up 47% of the entire supply.

Megastores, like supermarkets and department stores, make up the bulk of the larger malls. The three most well-known anchor store brands in the Saudi capital are Zara (25%), H&M (25%), and Redtag (20%). Equally, the two biggest retail operators in Riyadh are Arabian Centers Company (23%) and Hamat Property Company (12%). So, a significant quantity of the supply is controlled by a relatively small amount of players.

The Kingdom’s Vision 2030 aims are also fuelling a spectacular shift across the Kingdom of Saudi Arabia. Knight Frank highlights that the retail sector is playing a key role here. Equally strong investment from Saudi Entertainment Ventures worth $13.3 billion is being invested to construct world-class entertainment locations. So going forward, entertainment is increasingly likely to play a greater role in Riyadh’s retail sector.

International retailers' desire to enter the Saudi market also keeps growing in line with Vision 2030.  60% of the international investment licenses granted in the second quarter of this year went to retail and wholesale companies.

There is also a prosperous potential for retailers due to the plans to increase Riyadh's population to 17 million by the end of the decade from its current level of roughly 7.5 million.

What is obvious, though, is the speedy growth of leisure and entertainment offerings. Over 50% of the new retail space in Riyadh is expected to be devoted to entertainment. This is apparent in the example of the anticipated 300,000 sq m Mall of Saudi, which will include sizable sections dedicated to dining, leisure, and entertainment. But this is also clear within Saudi Entertainment Ventures’ Al Hamra Entertainment Hub.

The property expert also claimed that despite the e-commerce industry's explosive rise, Saudi Arabians' desire to run physical businesses in malls continues to grow. Most notably, there is a rise in creative ways to combine physical stores and online purchasing. Using QR codes to enable in-store pickup of online orders is a key example.

Despite being dominated by regional and super regional malls with a strong presence of brick-and-mortar stores, Riyadh’s retail property sector is seeing a push towards leisure and entertainment offerings. This is not surprising either when considering the influence of Saudi Arabia’s Vision 2030 aims.