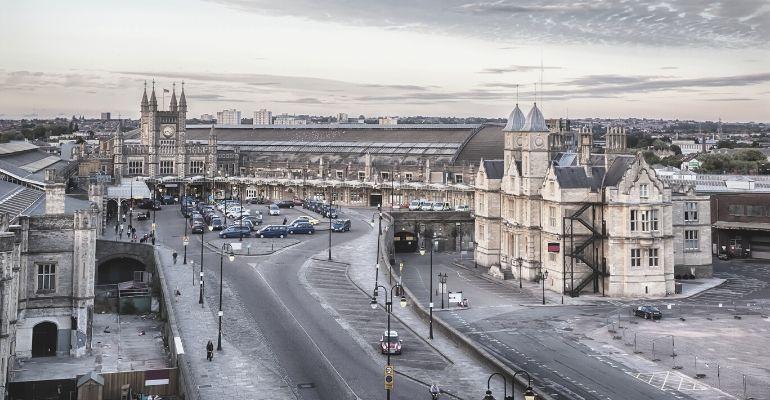 New CBRE research has identified the UK towns and cities outside London where the demand for rental accommodation will be strongest over the next ten years, and where the burgeoning multifamily or build-to-rent (BTR) sector could grow substantially.

CBRE has tracked over £10bn in investment into the UK’s multifamily or BTR sector over the past five years. The latest figures from BPF indicate that investment into the sector has helped deliver over 40,000 BTR homes, properties designed specifically for renters, which are owned and operated by a professional landlord. A further 110,000 BTR homes are under construction or in planning stages. Multifamily developments typically have an on-site manager and offer other amenities and services for tenants.

Around half of BTR homes are in London, but with regional towns and cities also attracting substantial investment, this balance could change, and a range of locations are set to benefit from the multifamily boom.

CBRE has identified 20 towns and cities across the UK that will potentially see the highest demand for private rented accommodation over the next 10 years, and therefore where there will also be more demand for multifamily developments.

CBRE built a statistical model to analyse the demand drivers of the PRS across all local authorities in the UK. The analysis identifies three main factors influencing a greater demand for rental accommodation. These are: locations with a higher percentage of the population aged 25 to 34; high numbers of students; and the relative size of the economy. These three factors have a quantifiable impact on the size of the PRS in a given town or city.

The findings were then applied to forecasts for each metric to quantify the potential change over the next decade. To further support the findings, CBRE combined the results with three additional metrics, based on CBRE’s Creative Cities Index, projected employment growth, and the current multifamily development pipeline.

Scott Cabot, Associate Director, Research at CBRE said: “We excluded London from this analysis as we know there is already a substantial private rented sector and strong demand in the city, combined with a strong multifamily development pipeline. Instead, we focused on markets across the wider UK, looking at metrics for current demand, along with forecasts. This enabled us to identify the locations with the highest future demand, which could also attract significant multifamily investment.

“What is clear from our results is that there is a good geographical spread of potential future multifamily hotspots. These include cities with large PRS, like Birmingham and Manchester in England, and Glasgow and Edinburgh in Scotland. We also identified cities with large student populations like Nottingham, Belfast, Bristol and Coventry. People may decide to live in these cities after completing their studies, perhaps working in the growing tech and creative sectors, and will need a home to rent.

“Our research also identified cities where there is currently no multifamily development pipeline, but our indicators show there will be good levels of demand. For instance, Brighton, with its two universities, is one of CBRE’s top 10 creative cities, meaning it will attract future employers, and that there are healthy employment and economic growth forecasts underpinning the rental market.”

Peter Burns, Head of UK Development and Residential Capital Markets, CBRE said: “Multifamily investment over the last five years has been evenly split between London and main regional cities, and with the sector on a growth trajectory we expect further geographical diversification. Domestic investors have already made significant deals in regional cities, and as these destinations become more established, and more developments are operational and showing good returns, international investors are following suit.

“London has led the multifamily revolution so far, and we expect continued strong performance in the capital. New market entrants see the relative value of the UK versus other European centres, but they need to familiarize themselves with all the markets across the UK.”

Following total investment of £2.4bn into UK multifamily in 2019, the outlook for 2020 is favourable. There is £1.5bn worth of deals currently under offer, illustrating the continued high demand for the sector. CBRE forecasts that total residential investment will increase by approximately 30% in 2020. Demand is being driven by an increasingly diverse investor base from both domestic and overseas institutions. In addition, a subdued sales market is set to persist in 2020, meaning multifamily will be the preferred disposal route for many developers.