HomeResidentialImpact of COVID-19 on Dubai’s real estate industry to reflect in Q2
Recent
First residential complex to be launched through AI, IoT, and metaverse in Egypt’s NAC
Jun 30, 2022
Masdar City Square will be Abu Dhabi’s first net-zero energy office building upon completion in 2024
Jun 27, 2022
Sponsored Content
Report: What the MENA real estate industry needs to know about 2022
What to know about real estate visas in the UAE and Oman and how it’s driving demand for property
Jun 24, 2022
POLL
Report by World Government Summit urges Middle East governments to commit to 42% reduction in global emissions by 2030
Jun 22, 2022
Find the right approach for your UAE property investment
Jun 20, 2022
Top architectural trends in MENA: 2022 roundup
Jun 14, 2022
A new generation of MENA architects take on sustainability & diversity
Jun 09, 2022
Covid-19 Economy Impact
brought to you by 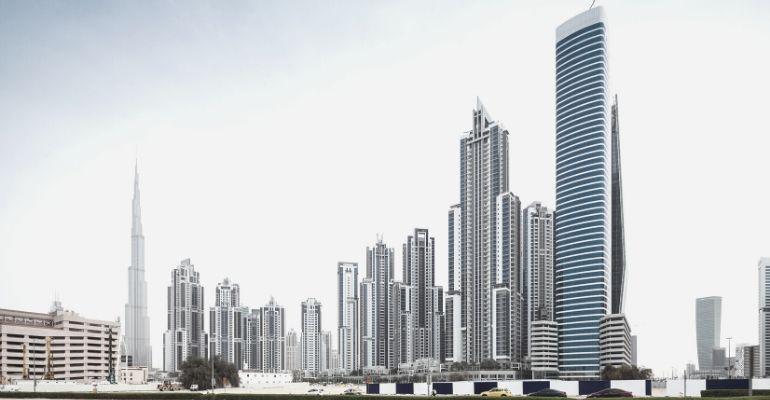 Dubai’s real estate market displayed several encouraging signs over Q1, including an annual rise in sales volume and a slowdown in the pace of value declines across the Emirate. This positive sentiment, however, is likely to be tempered in the near-term by the COVID-19 crisis, according to the latest Observer: Dubai Residential Report Q1 2020 from Chestertons.

Chris Hobden, Head of Strategic Consultancy, Chestertons MENA, said: “Dubai’s residential sector demonstrated a resilient start to 2020, with a year-on-year increase in sales volume reflecting more positive buyer sentiment. While residential values continued to fall over the first quarter, the rate of decline lowered on both an annual and quarterly basis. The drop in new launches was also a welcome move forward for a sector where oversupply has long driven down values.

“It is likely that Covid-19’s impact will be reflected in second-quarter figures, with disruption to the transactional process itself, coupled with an overall economic contraction, likely to cause near-term challenges. While Covid-19’s overall impact on Dubai real estate depends largely on the pandemic’s duration, and the nature of the public policy response, the residential sector will clearly face significant headwinds over the coming months.”

In the sales market, average apartment prices were down 1.8% in Q1, denoting a notable annual slowdown in the rate of decline when compared to a fall of  3% in average values in Q1 2019. Dubai Sports City witnessed the largest price decline, falling from AED692 per sqft to AED670 per sqft, followed by Discovery Gardens where prices decreased from AED576 to AED558 per sqft.

More resilient locations witnessing declines of under 1% from the previous quarter included The Greens and International City. Average apartment prices across Dubai Land were stable, standing at AED 700 per sqft. The only area to witness a rise in average prices during Q1 was Business Bay, where sales prices increased from AED 1,000 to AED 1,007 per sqft.

Villa sales prices fell by a modest 0.8% over the first quarter, which, similarly to apartment prices, was a significant slowdown compared to the same period in 2019. Oversupply continues to hamper the villa market, subsequently causing downward pressure on prices.

Jumeirah Park saw the steepest quarterly price fall, with average values reaching AED 725 per sqft from AED 740, a decline of 2%, in comparison to the 8% decline felt in the previous quarter.  Arabian Ranches declined by 1.6%, with average prices falling to AED795 per sqft.

Both Palm Jumeirah and The Lakes witnessed quarterly declines of less than 1% while the only area to see an average increase was The Meadows/The Springs, where average prices reached AED 832 per sqft.

In Dubai’s apartment rental market, rates declined by 1.5% in the first quarter, however, projects indicate the short-term rental market is likely to be hampered by COVID-19.

DIFC saw quarterly rent declines of below 1%, with studio, two and three-bedroom rates holding steady in Q1. The Views witnessed the sharpest quarterly fall in average rents, at 2.3%, followed by Dubai Land at 1.9%. On an individual unit-type basis, rents for three-bedroom units at The Views saw the steepest decline, at 3.4%.

The villa rental market witnessed a moderate decline of 1.3% with the sharpest rental rate falls witnessed in Jumeirah Golf Estates and Arabian Ranches, where there were average declines of 2.2% and 2.3% respectively, compared to the previous quarter.

Several villa communities were resilient with no change to the rental rates in Q1, including Palm Jumeirah and Jumeirah Village Triangle (JVT). Average rents at The Lakes declined by only 0.7% over in Q1, with rents for five-bedroom villas remaining unchanged at AED 300,000 per annum.

“COVID-19 prevention measures started to impact the rental market over the latter half of March, with Dubai authorities announcing the suspension of evictions, applicable to both residential and commercial sectors, throughout March and April. Landlords have typically been willing to accept more lenient payment terms to assist tenants, with several major landlords announcing tenant relief packages, including short-term rent free-periods,” added Hobden.

From a transaction perspective, overall, residential transactions reached  9,591 units during Q1, representing an annual increase of 13% supported by a 20% increase in the transfer of existing properties, with off-plan sales volume rising by 9% year-on-year.