A golden opportunity for the Gulf’s real estate market 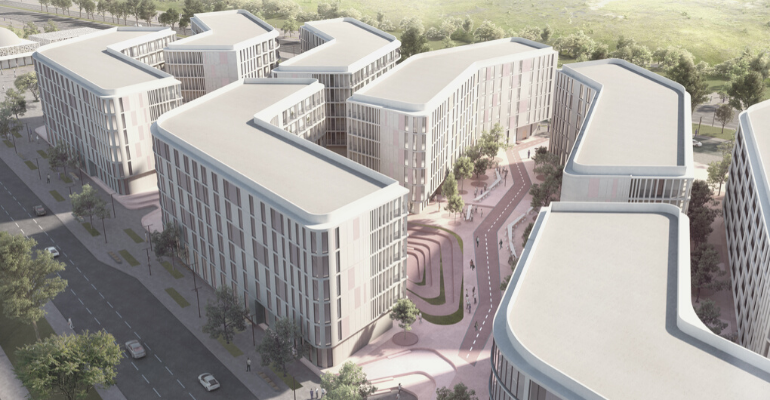 Ahmed Alkhoshaibi, Chief Executive Officer, Arada, argues that student housing is an asset class that has proved hugely popular elsewhere in the world, but is still nascent in the region.

As middle classes around the world expand, the importance of a university education has never been stronger. A degree is often seen as the pathway to a successful career, which leads to individual wealth creation and the ability to provide for the next generation. The number of tertiary students worldwide is steadily rising, with over 220 million students enrolled at the planet’s universities, according to UNESCO.

Forward-thinking countries such as the UAE have thus made education a national priority. According to Alpen Capital, the UAE’s spending on education as a percentage of its total government budget was 20.2% in 2018, higher than the US (15.3%), the UK (12.6%) and Germany (5.2%). Enrollment in the country’s tertiary education institutions has risen by 7% on average between 2011 and 2016 and there are – we believe – around 170,000 higher education students in the UAE at the moment, a large proportion of which come from overseas. Dubai International Academic City is the largest higher education free zone in the world and Sharjah’s University City hosts some 26,000 students, most of whom are studying at two of the region’s best and brightest institutes: American University of Sharjah and the University of Sharjah.

But why are we talking about student enrollment numbers at an event like Cityscape Abu Dhabi? As these numbers rise, so too does the requirement to find these students housing that is convenient, secure and packed full of the kind of facilities that can provide a suitable home for a new generation.

This is where I would argue that the Gulf is facing a considerable opportunity. Student housing is an asset class that has proved hugely popular elsewhere in the world, but which is still nascent here in the region. According to the global property agency Savills, investment into student housing worldwide has risen by 87% over the last five years. And in the US alone, according to CBRE, USD 8 billion was invested in US student housing alone in 2017, with USD 17.5 billion invested in total worldwide.

In many parts of the world, student housing has switched from being a specialist area of investment and gone straight into the mainstream. It is now a global asset class in its own right, although maturity in the sector differs vastly from country to country. For example, the UK’s purpose-built student accommodation (PBSA) is now able to service 34% of the country’s student population, a healthy figure given that many students wish to stay in onsite university accommodation or private residences.

Compare that figure to some of our home markets and the potential becomes obvious. There are currently four PBSA complexes in Dubai, either completed or planned, that we are aware of, the largest of which has just over 1,800 rooms and which is due to open next year. The most recent research from ENBD REIT indicates that in Dubai, PBSA beds can accommodate only 6.5% of students, with the figure certainly lower in Sharjah, home to one of the region’s fastest-growing education hubs. Arada’s own student housing community, Nest, which is located next to University City, will be the first of its type in Sharjah and we’ll be showcasing this product at Cityscape Abu Dhabi this week. It is also the first opportunity for individual buyers – rather than institutional investors – to purchase directly into this exciting asset class here in the Gulf.

Given the outstanding success of this segment elsewhere in the world, as well as the steadily rising demand, the ‘recession-proof’ nature of the education sector, the softer traditional real estate market and the relative lack of similar complexes here in the region, we certainly believe that student housing has a great future in the Gulf.