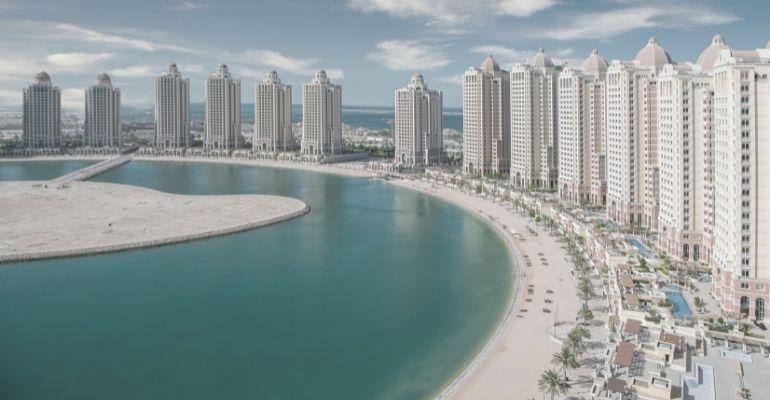 Qatar announced this month it would add over a hundred new hotels and serviced apartments to its hospitality portfolio in the lead up to the 2022 FIFA World Cup — that is, a hundred added properties to an already beefed-up portfolio spanning 183 properties and over 32,000 rooms.

A year ago, this might have seemed risky: at the time Qatar had released a slew of fresh residential properties in anticipation of the World Cup but had seen it backfire with the outbreak of the COVID-19 pandemic. By the middle of 2020, the nation was dealing with an oversupply of more than 80,000 homes with the expected completion of 7,250 more units by the year’s end. Supply had outstripped demand so, it triggered a double-digit decline in prices.

But early this year came a reversal. Qatar went from tens of thousands of empty homes to a jump in demand. Property Finder Qatar reported a 74 per cent increase in recorded enquiries in the first quarter of 2021, when compared to the previous quarter. This surge, it said, was fuelled by lower prices, but more so by last October’s amendments to property ownership, allowing foreign investors to acquire real estate in a total nine locations instead of the earlier three.

Incidentally, it isn’t just Qatar’s residential sector that’s opening itself up to foreign investment. In April this year, the Qatari cabinet approved a bill allowing foreign investors to own up to 100 per cent of the capital of companies listed on the Qatar Stock Exchange. This, we’re told, could trigger more than USD 1 billion of overseas inflows.

The easing of pandemic-related restrictions, the roll-out of the vaccination programme, and the resumption of diplomatic ties between Qatar and its Gulf neighbours, has spurred its property market. According to the nation’s Planning and Statistics Authority (PSA), Qatar’s real estate sector saw a 63 per cent increase in the volume of sales over January and February, when compared to the same months in 2020.

Right now, single villa plots are the most actively traded asset class in Qatar, making up 53 per cent of all transactions, while private residential houses and apartments make up another 40 per cent. And in the residential leasing market, the World Cup has made its impact: tenants are now requesting two-year lease agreements, so their contracts might last through the duration of the World Cup.

Hotel occupancy in Qatar, though it benefitted somewhat from domestic travel, remained subdued in the first quarter of 2021. But PSA reports occupancy recovered to 66 per cent in February, which is comparable to the pre-pandemic levels recorded in February last year. This surge is expected to continue with the lifting of the blockade on Qatar, since visitors from other Gulf countries make up almost 50 per cent of the nation’s arrivals.

Meanwhile, while demand across Qatar’s office sector suffered from work-from-home (WFH) policies over the last year, with re-locations dominating leasing activity, projections have it the establishment of the Qatar Free Zone Authority will play an essential role in attracting international investment and creating new demand for office space in the months ahead.

Ultimately, agree experts, while Qatar’s real estate market is still in the grips of a period of contraction, the favourable shifts in policy, coupled with the return of diplomatic stability in the region, should engineer a period of protracted recovery and growth for Qatar’s property market in the months ahead.