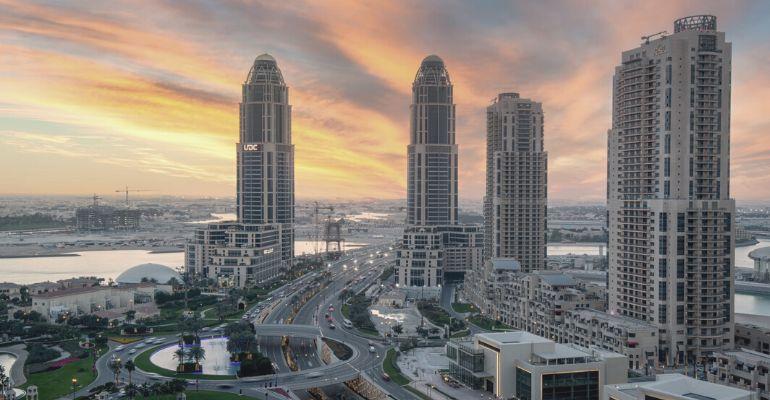 Demand for residential sales in Qatar increased significantly in September and October by 2.97%. This is according to Property Finder's most recent Qatar Real Estate Market Trends Report. It is without a doubt that the upcoming FIFA World Cup taking place this month has influenced this.

At a time when Qatar's real estate market has lately become a hotspot, the rise in impressions and leads on homes posted for sale demonstrates growing interest among investors and end-users.

The innovative and smart city infrastructure that Lusail City boasts is likely to further stimulate interest too. The city will be at the centre stage of the 2022 FIFA World Cup with the Lusail Stadium hosting the tournament's final. So, as demand shifts towards a more sustainable and technologically driven lifestyle, the city will be of high interest during the World Cup and beyond.

Total impressions climbed by roughly 7.71%, while overall leads increased by 4.98%. Regarding the rental market, some regions saw significant price increases while others saw a significant reduction. For example, Salata witnessed a rent increase of 93.75% whereas Al Hilal saw a rent decrease of 83.98%.

Investors and first-time home buyers are feeling more optimistic about making investments in the country's real estate market. This is due to the worldwide popularity of the FIFA World Cup taking place in Qatar. Additionally, the Ministry of Justice is taking the necessary steps to increase market transparency. But there has also been the introduction of freehold zones and the ramping up of Qatar’s creative economy. These efforts collectively open the door for additional investments in the near term.

The areas in Qatar with the most residential listings are The Pearl, West Bay, Al Waab, Al Sadd, and West Bay Lagoon. Their proximity to the World Cup action makes these prime real estate areas highly sought-after locations with strong demand.

Qatar is expected to draw 1.2 million football fans and action-seeking visitors from across the world during the month-long competition. However, due to a limited quantity of affordable housing, the dramatic increase in demand for housing has led rents to jump by up to 40%. Although, this is highly unlikely to persist beyond the World Cup.

Overall, the extensive investments that the Qatari government is making to transform its economy are having positive implications for the country's real estate market. When paired with the heightened demand facilitated by the 2022 FIFA World Cup, a positive future is likely to persist for Qatari real estate.