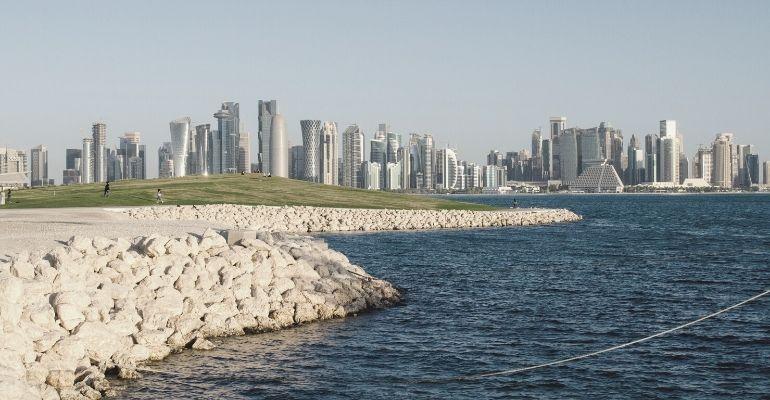 The project is expected to start in Q2 and will support the growth of Qatar’s real estate sector with premium residential units with sea views and modern amenities.

According to the developers, the residences by the world-renowned designer reflect the sophisticated elegance and exceptional detailing of ELIE SAAB. Total sales are expected to reach over 1 billion Qatari Riyal.

“We're collaborating with the master of design himself, Elie Saab, for a second time on a premium project in one of the region's most sought-after developments. Our project on Qetaifan Island North and builds on the Dar Al Arkan's strategic aspirations of regional and global expansion through superior, high-quality real-estate projects that cater to discerning clientele from across the world,” Ziad El Chaar, Vice Chairman of Dar Al Arkan Properties.

Elie Saab Jr, CEO of ELIE SAAB Group, commented: “We are delighted to collaborate with Dar Al Arkan and Qetaifan Projects on this premium residential project that is inspired by the natural beauty of the island and its magnificent surroundings. Les Vagues is a project that embodies architectural and lifestyle expression of our brand delivering exceptional and timeless experiences through luxury real-estate projects that are unmatched globally.”

HE Sheikh Nasser Bin Abdulrahman Al-Thani, Managing Director, Qetaifan Projects noted that they are happy to bring a new innovative project to Qatar, one that is built on world class design.

“We're looking forward to working with Dar Al Arkan and ELIE SAAB, a global pioneer in design, on this premium project that is unlike any other in the region. Qetaifan Island North is being developed as the first touristic entertainment destination in Qatar, that will put the country on the regional and global tourism map, and Les Vagues residences is an integral project within the masterplan of the development,” he said.

Qetaifan Island North is emerging as a thriving waterfront hub in Doha and is inspired by the rich culture and nature of the region, the distinct island will feature a waterpark, an array of luxurious hotels, accommodation, retail options, and modern facilities and is expected to attract international investors and revitalise the country’s tourism, hospitality and entertainment sectors ahead of Qatar Vision 2030.