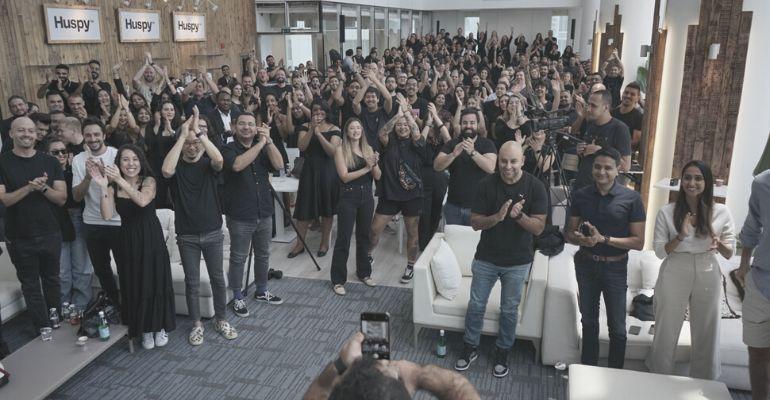 Only one proptech business, Huspy, with its headquarters in the UAE, featured in LinkedIn's list of the top startups for 2022.

Huspy, a UAE proptech start-up, has been named one of the top 10 startups in the UAE by the world's largest professional networking site, LinkedIn. Huspy, which was established in Dubai in 2020, has received recognition for its development trajectory over the last 12 months. This is based on increases in employment, engagement, job interest, and talent acquisition.

HUSPY’S HUGE GROWTH OVER THE PAST YEAR

The worldwide headcount at Huspy has increased by 500% in the past year. The company has been able to do so by positioning itself as an attractive employer. An employer for skilled professionals across the world who want to work at high-growth and innovative startups.

Huspy has hired 300 people from more than 40 different countries during its two years of operations. They bring knowledge from renowned proptech companies like Loft and QuintoAndar as well as other well-known startups like Uber, SumUp, and DiDi. Employees at Huspy, which has offices in Dubai and Madrid, are among the best in the international technology economy.

In August, Huspy also acquired two mortgage brokerages – Finance Lab and Just Mortgages. This is one of many key components that has allowed Huspy to significantly scale up its operations and its array of expertise.

The company attributes its recent success to the substantial milestones they’ve been able to hit. But equally, they emphasize the significant importance of the strong and resonant internal company culture that they’ve established. This culture, according to Huspy’s head of people, Nathalia Klein, is built upon five core values that are embodied within the company’s day-to-day operations. These cultural values are: “1) Empathy over ego; 2) We are owners; 3) Be fast and thoughtful; 4) Never settle; 5) Inspire Others.”

MAKING AN IMPACT IN THE UAE PROPERTY MARKET

Huspy’s business model and the technology it utilizes are transforming the real estate industry in the United Arab Emirates. It does this by simplifying the home financing and transactional process by facilitating a streamlined and more efficient customer experience.

Huspy received a $37 million Series A investment round in June 2022 to advance this objective. It was one of the biggest Series A rounds ever conducted in the MENA area. Some of the most well-known venture partners and investment companies in the world support the company strongly. These companies include BY Venture Partners, Founders Fund, Fifth Wall, Chimera Capital, Breyer Capital, VentureFriends, COTU, and Sequoia Capital India.