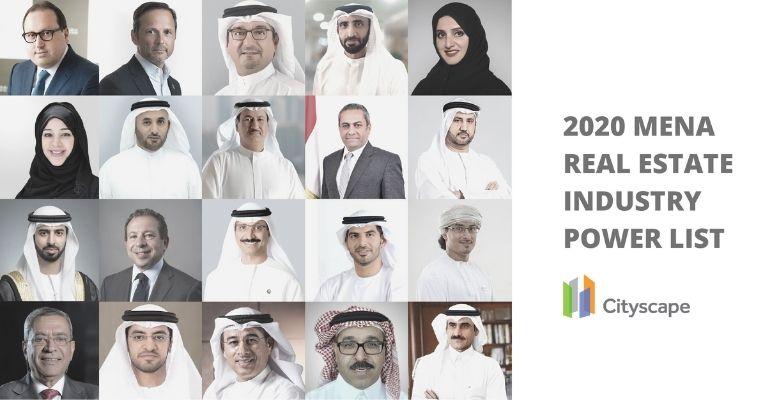 Based on nominations received from the MENA’s real estate sector, these 20 real estate leaders have either shaped the real estate market in the Middle East or risen to the challenges of a disruptive year by exhibiting exceptional resolve in their company and industry.

Dubai, UAE, 25 January 2021: The 20 most influential individuals in the MENA real estate industry have been revealed in the first-ever 2020 Cityscape Intelligence Real Estate Power List, a new regional power list nominated by industry professionals to recognise exceptional leadership in a year defined by the Covid-19 pandemic. 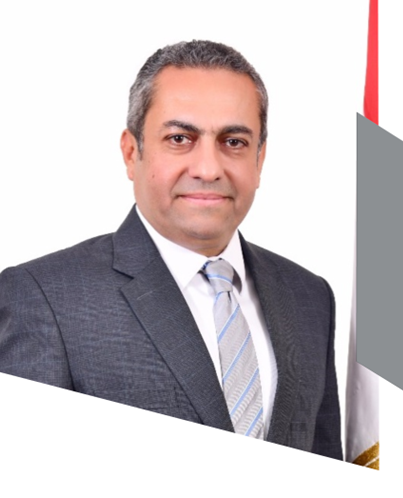 Khaled Abbas, Deputy Minister of Housing, Utilities, and Urban Communities for National Projects and the Ministry of Housing, has faced a tough 2020 but his department's objectives to establish new and sustainable communities and cities remains top of their agenda and a priority towards the country’s 2030 Vision. 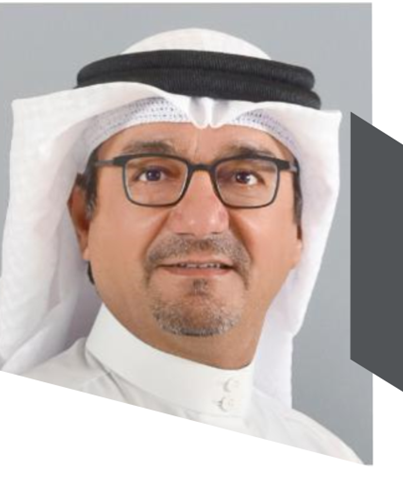 Overseeing the company’s growth, Yusuf Abdulla has ensured that the company manages a vast portfolio of assets across the Kingdom, further cementing it as a brand backed by a diverse business and real estate portfolio. 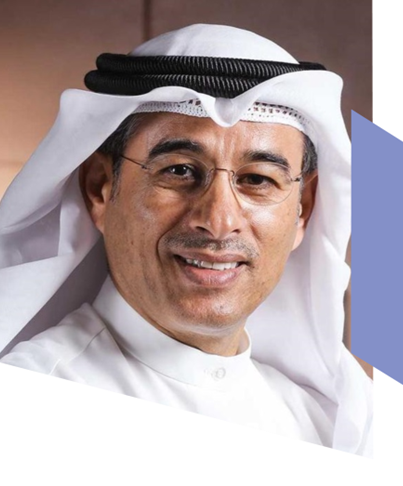 Considered one of the leading business and property figures in the MENA region, Mohamed Alabbar has secured Dubai’s position as a global tourism hub.

Instrumental in the development of the tallest building and largest mall in the world, Alabbar has also, over the last decade, successfully diversified Emaar into hospitality, leisure, retail, and financial services and established Emaar’s global presence. 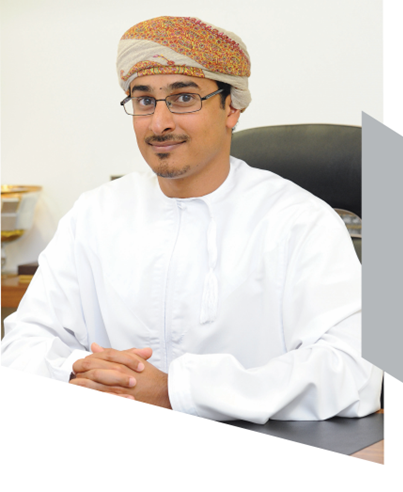 The Vice Chairman of S&T Group, Waqas Al Adawi, has spent 13 years at the Oman-based conglomerate, with over eight years in his current role.

Al Adawi is revolutionising the company’s technology adoption with a focus on infrastructure development. 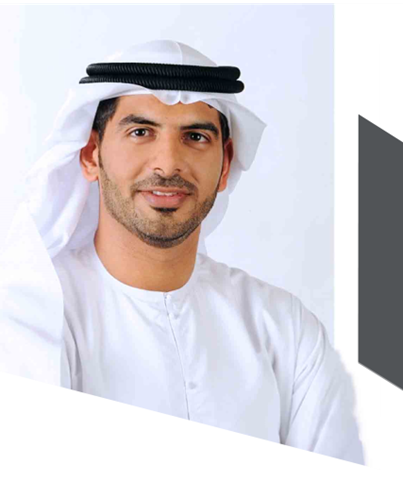 CEO of one of Abu Dhabi’s most instrumental developers Aldar; Talal Al Dhiyebi, previously held the position of Chief Development Officer and Executive Director of Asset Management since the merger with Sorouh in 2013. 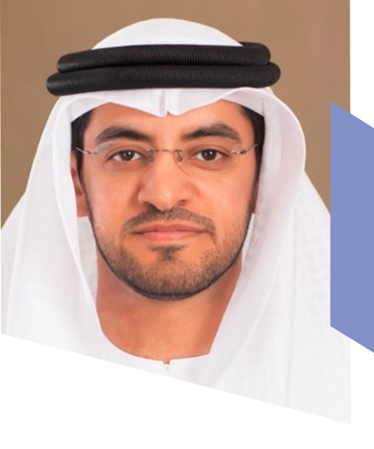 A key figure in contributing to Abu Dhabi’s non-oil GDP growth, HE. Falah Al Ahbabi has made his mark on the capital’s real estate sector. 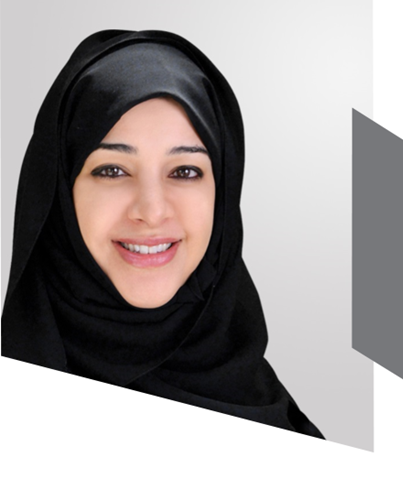 Hugely instrumental in the bid to host Expo 2020, Her Excellency Reem Al Hashimy, has been tasked with bringing 25 million tourists into Dubai in 2021.

Over the last year, together with her Expo team, Al Hashimy has looked at ways to redefine what an international event will look like post-pandemic. 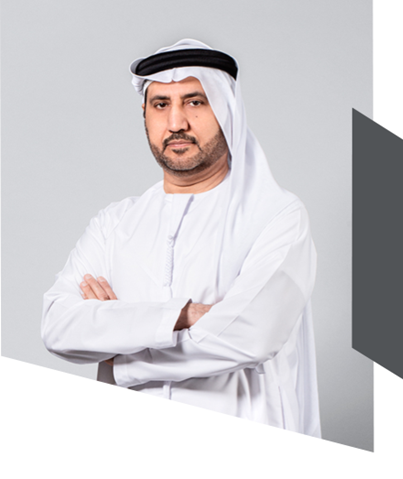 Khalid Al Malik is the CEO of Dubai Properties and Managing Director of Dubai Holding, where he leads the real estate portfolio including urban planning and infrastructure strategy and development, as well as overseeing the land bank – one of the Emirate’s largest. Responsible for the company’s international real estate investments, Al Malik is at the forefront of managing the company’s strategic relations with local and international investors, and its government affairs. 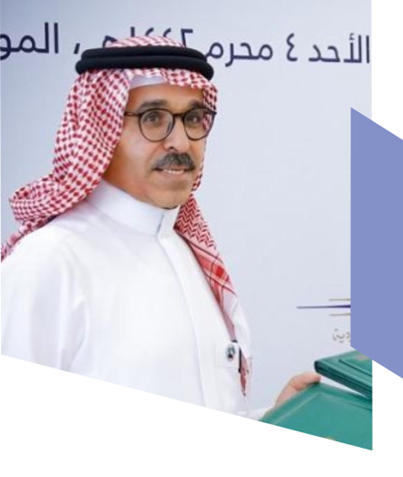 Tasked to head up Saudi Arabia’s ambitious, sustainable mega-city NEOM, Nadhmi al-Nasr has worked on developing the strategy and development behind NEOM Bay as well as the strategic development and business plans for NEOM’s core economic sectors.

NEOM is the flagship project of Saudi Arabia's post-oil diversification plan, Saudi Vision 2030, which seeks to reduce the country's reliance on hydrocarbons. The bulk of construction will take place over the next decade, with a target of hosting one million residents by 2030.

Expected to take up an area the size of Belgium on Saudi Arabia’s Red Sea coastline and expected to be powered entirely by renewable energy, NEOM will have nine key investment sectors: energy and water, mobility, biotech, food, technological and digital sciences, advanced manufacturing, media, and entertainment.

Earlier this year, NEOM announced the launch of The Line, a 170 km mega-city that will house a million residents in carbon-positive urban developments powered by 100% clean energy. 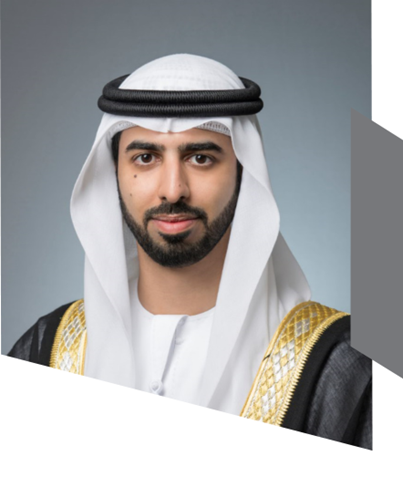 An avid proponent for technology, Al Olama has contributed to the preparation of the UAE Centennial 2071 strategy and the UAE 4th Industrial Revolution Strategy. 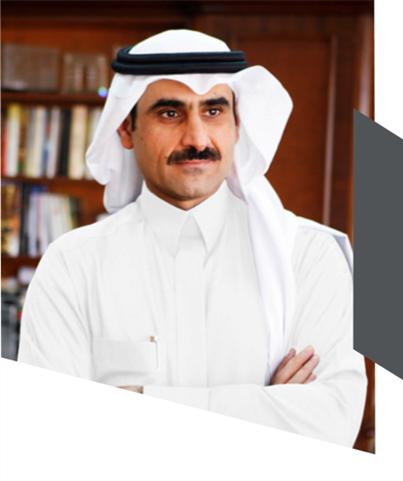 Since its initiation, Al Shelash has overseen 23 successful years at Dar Al Arkan, delivering and implementing over 30 residential and commercial projects, a milestone achievement for both, the company and the nation. 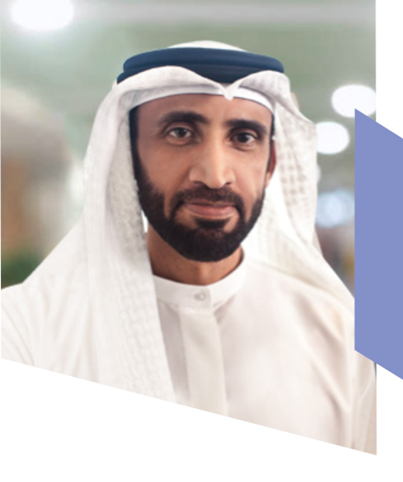 In 2020, Mohammed Ibrahim Al-Shaibani took over as the Chairman of Nakheel. Director General of H.H. The Dubai Ruler’s Court, and Managing Director of the Investment Corporation of Dubai, the principal investment arm of the government of Dubai, Al-Shaibani is also the Vice Chairman of the Supreme Fiscal Committee of Dubai which oversees the Emirate’s fiscal policies. 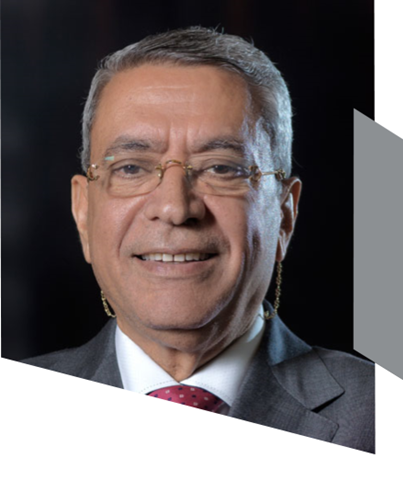 President iand Vce Chairman of the board and Executive Director, ASGC Group, Emad Azmy spent 12 years at the Arab Contractors in Egypt where he began his professional career, Azmy decided to move to Dubai where he established ASGC in 1989. Today, the company is one of the leading construction companies in the UAE. 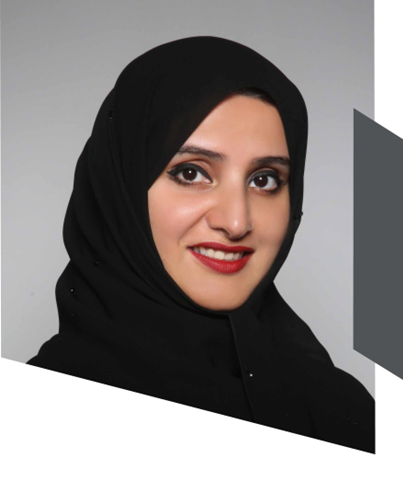 Leading the creation of ‘The Smart City Index’ - the first-ever benchmark for smart city implementation across the globe in cooperation with ITU and the United Nations, Bin Bishr is an acclaimed digital transformation and smart cities thought leader globally, representing Smart Dubai in City Protocol Society and Smart City Expo World Congress. 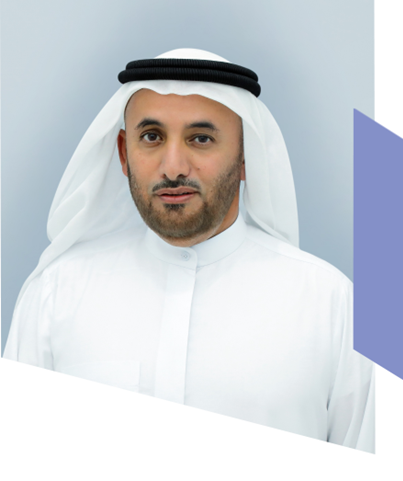 HE Sultan Butti bin Mejren has been Director General of the Dubai Land Department since 2006.

Under his directorship, DLD has issued various property laws that have instilled, not only transparency, but also confidence in Dubai’s real estate market.

From the establishment of the Real Estate Regulatory Authority, the department’s regulatory arm to the Real Estate Investment Management and Promotion Centre, Bin Mejren has been central in shaping Dubai’s property market. 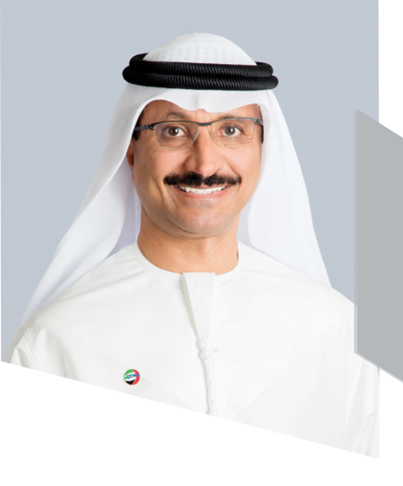 Sultan Ahmed Bin Sulayem has been instrumental in the rapid expansion of Dubai’s infrastructure, and ports and free zones.

From leading DP’s expansion internationally, to taking over as the Chairman of the Virgin Hyperloop One, Bin Sulayem has been key in supporting Dubai’s success story. 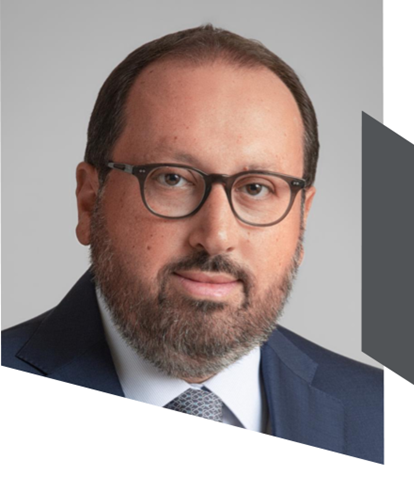 Alain Bejjani joined Majid Al Futtaim in 2006 and for more than a decade has been responsible for driving significant transformation of the organisation. His career in the group culminated with his appointment to the CEO position in February 2015. 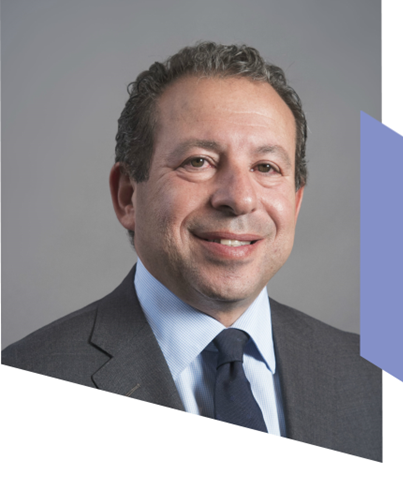 Starting his career at Orascom Construction in 1998 as managing director, Osama Bishai has played a key role in developing the Egyptian construction business and has led developments in the industry in Egypt, Algeria, and USA. As the current CEO and Executive Director, Bishai heads the company’s efforts to create a long-term concessions portfolio and is leading the growth of the US business. 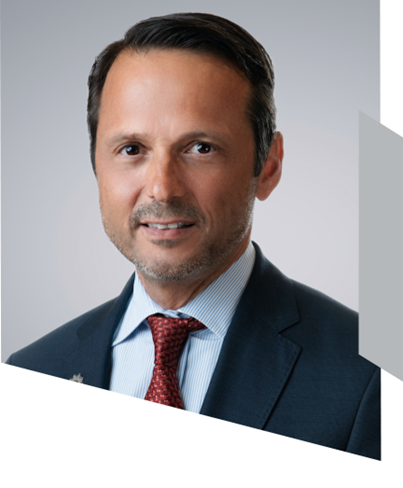 With 35 years of international experience from all facets of the commercial property industry from Europe, North America and the Caribbean, John Pagano is leading the creation of a unique luxury international tourism destination as the CEO at The Red Sea Development.

At the centre of Saudi Arabia’s Vision 2030, Pagano has ensured that The Red Sea Project is underpinned by sustainability, offering a sustainable yet luxurious tourism experience. 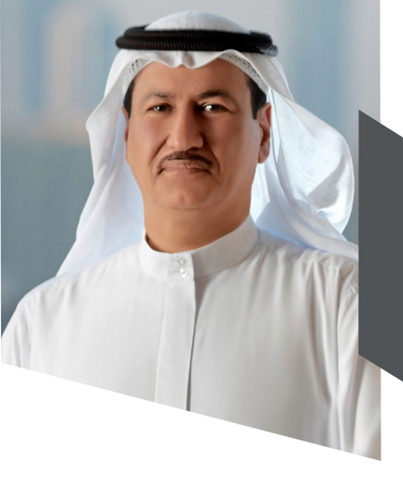 Founder and Chairman of global property development company, DAMAC Properties, Hussain Sajwani is one of the pioneers of the property market expansion in Dubai, having established the company in 2002, which has grown to become one of the largest property companies in the MENA region.

Chris Speller, Group Director of Cityscape, Informa Markets, said: “This first-ever Cityscape Intelligence Real Estate Power List puts the spotlight on influential industry figures who have either shaped the Middle East market these past 12 months, or shown exceptional resolve to rise above the formidable challenges of a disruptive year, in every sense. The response has been overwhelming and is a real testament to our industry’s positive attitude throughout a year of uncertainty.”