What you need to know about investing in property in Oman 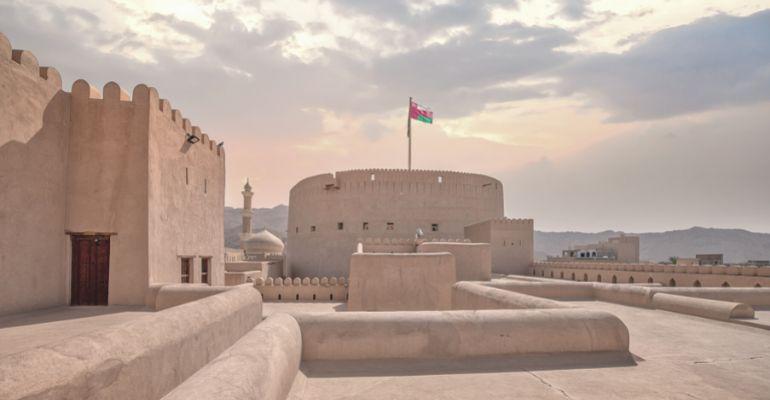 While not a small country, Oman is a stable, well-governed state of five million people. It’s golden visa programme, part of a global trend among similar economies – particularly in the Gulf region – is designed to remove sponsorship requirements from visa acquisition to attract investors in the wake of the COVID-19 pandemic. Cityscape Intelligence takes an in-depth look at some of the benefits of investing in Oman.

You’re probably already familiar with the real estate markets of the United Arab Emirates, Qatar and Bahrain, but Oman might be more of a mystery to you. It is the forgotten child of the Persian Gulf, receiving far less attention than its limelight-hogging neighbours.

But Oman is by no means a small country, and although it doesn’t quite enjoy the same level of immense wealth as its neighbours, it isn’t a basket case either. It is a stable, well-governed state of five million people, with a growing, diversifying economy and an expatriate-friendly culture – indeed, around 40% of its population is made up of immigrants.

Since the 1970s, Oman’s economy has boomed. It is, unsurprisingly, heavily reliant on oil and gas, with the industry accounting for between 68% and 85% of government revenue according to the World Bank.

However, since Sultan Haitham bin Tariq came to the throne in 2020, efforts have been made to diversify the Omani economy. In particular, the monarch has taken steps to encourage foreign investment, implementing the Foreign Capital Investment Law to allow foreigners to own 100% of businesses in Oman without the need for local sponsors.

But when it comes to property, Oman is at a disadvantage. Most foreigners (except those with a ten-year golden visa, see below) are only allowed to invest in Integrated Tourism Complexes (ITCs), which are much more expensive than the local market. ITCs are zoned areas that allow foreign investors to own property on a freehold basis.

Most ITCs are located around the capital, Muscat, and boast high vacancy rates and high values, making them attractive for foreigner investors.

WHO IS ELIGIBLE FOR A GOLDEN VISA IN OMAN?

In 2021 Oman launched its golden visa programme. It is part of a global trend among similar economies – particularly in the Gulf region – to remove sponsorship requirements from visa acquisition to attract investors in the wake of the COVID-19 pandemic.

Oman’s “Investment Residency Programme” allows foreign nationals of 21 and above to apply for a five- or ten-year extendable residency in Oman if they meet one of the following criteria:

For a five-year visa:

For a ten-year visa:

•    Invest a minimum of OMR 500,000 in an Omani-based limited liability company or closed joint-stock company, or in Omani government bonds
•    Establish a company in Oman that employs at least 50 Omani nationals
•    Purchase a property or properties with a minimum value of OMR 500,000.

Retirees aged 60 or over can also apply for a five-year visa if they can prove they have lived or work in Oman.

The golden visa is essential for a prospective real estate investor in Oman. As much as anything else it provides applicants with peace of mind, offering them the chance to remain resident for an extended period so they have the breathing space to engage in property investment without worrying about their visa status. It even lets them take their family with them.

Importantly, the ten-year golden visa allows foreigners to own a single property outside of ITC projects for residential, commercial or industrial purposes.

WHO IS INVESTING IN OMAN?

Expatriates constitute around 40% of Oman’s population. Demand for residential property has consequently been high. However, expatriate numbers have been dropping since about 2018, with a dip from 880,000 to 760,000 (almost 15%) in 2020 alone.

This decline is actually the result of deliberate government policy. One of Sultan Haitham bin Tariq’s policies is “Omanisation”, the objective of which is to reduce the number of expatriates to open up more jobs in the private sector for Omanis. The motive is to reduce public sector salary expenditure and increase savings among locals.

However, ITCs are still experiencing plenty of expatriate interest. With ultra-luxury properties and the promise of a glamorous lifestyle – and one less detached from local culture than in similar properties in the UAE – they are a major for long-term tenants and owner-occupiers.

WHAT CHALLENGES ARE THERE?

Rental rates peaked in 2014, but they have tumbled by 25% in the years since. The key issue driving this decline is an incredible oversupply of residential properties, a consequence of both a slew of new developments and the decline in the expatriate population, which accounts for a huge portion of residential demand in Oman.

Muscat has seen a particular increase in new residential rental units. Many of these have been low-quality apartments with limited facilities, often poorly located and designed and not correctly aimed at their target market. This has resulted in a serious surplus in undesirable properties, inflicting further downward pressure on rental markets.

In 2021, average apartment rental values have declined by 10–15%. This decline has been less marked in the ITCs, whose luxury properties and lifestyle are still attractive to foreign investors.

Despite a focus on Omanisation in recent years, the introduction of new golden visas that permit limited foreign property investment in non-ITC real estate shows a desire from the Sultan to reverse the decline in expatriate numbers.

A country with such a reliance on oil and gas can’t afford to limit international investment, so expect further relaxation of the rules in the future, opening the door to Oman’s unique blend of Gulf state luxury and relaxed, authentic culture to even more prospective buyers in the years to come.

What to know about real estate visas in the UAE and Oman and how it’s driving demand for property
Jun 24, 2022