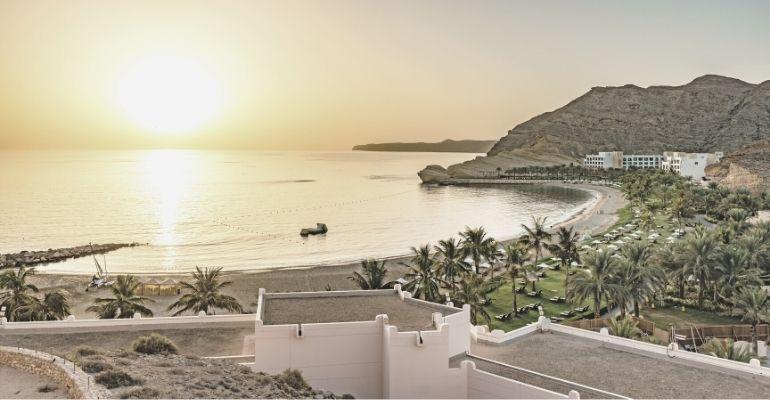 Oman’s national debt grew from less than 5% of its GDP in 2014 to an unseen, disconcerting high of near 56% of its GDP in 2019 — and this when the nation’s state coffers had only to grapple with the slump in oil prices. The COVID-19 pandemic, its aftermath was still a while off.

In fact, Oman’s heavy reliance on external borrowing has routinely sparked concerns within investor circles: the country’s credit rating plummeted from ‘safe’ in 2014 to ‘high-risk’ in 2020. Most major rating agencies recently cut and calibrated its outlook to ‘negative’, while its budget deficit was declared the highest in the region.

Oman has quite successfully mitigated the threat to public health, but the pandemic has left it more financially vulnerable than ever before. The nation’s economy contracted 6.4% in 2020, said the International Monetary Fund (IMF) last month, projecting only a modest recovery to 1.8% this year.

The problem is oil. Or, rather, a crippling dependency on it. Petroleum activities accounted for 36% of Oman’s GDP by 2018 — most experts will tell you, that sort of lack of diversification, that sort of overreliance on a single source, and especially one so volatile, will put your financial health in jeopardy.

Add to that Oman’s somewhat humble financial reserves relative to some of its wealthy neighbours. Estimates put the total worth of the nation’s two largest sovereign wealth funds at around USD 17 billion. That, coupled with troubling projections Oman’s oil and gas reserves might run out in two decades, have stirred the nation to an aggressive diversification campaign.

If you’re looking for a non-oil sector with the potential for high revenues, you need look no further than tourism. The UAE, and more recently Saudi Arabia, have invested heavily in tourism development, and now so is Oman. This is in line with the nation’s Vision 2040, Oman’s plan to diversify its economy away from oil.

At the beginning of this year, after the pandemic and Oman’s growing fiscal deficit spurred it to assertive action, the nation introduced several incentives that benefit the tourism and hospitality sectors: tax cuts, fee exemptions, foreign ownership of land and companies, and long-term residency permits for foreign investors.

Oman has also restructured its investments. Tourism properties owned by Oman Investment Authority (OIA), as well as a number of shares, have been transferred to Omran Group, the country’s tourism development arm. According to an official statement, this move will “drive growth for the group, and strengthen its role in supporting economic diversification”. A key project included in this transfer is the Yiti Sustainable Tourism City, a 1.5 million square-metre waterfront tourism complex. And at the end of last year, Oman also introduced visa-free travel for nationals flying in from 103 countries, for a period of 14 days.

On the back of these developments, and a recent stimulus package, a fresh IMF report published this week concludes Oman’s net borrowing could reach zero in 2024. So, while oil might have funded the first 50 years of Oman’s economic growth, non-oil activities will now steer the nation into the future.