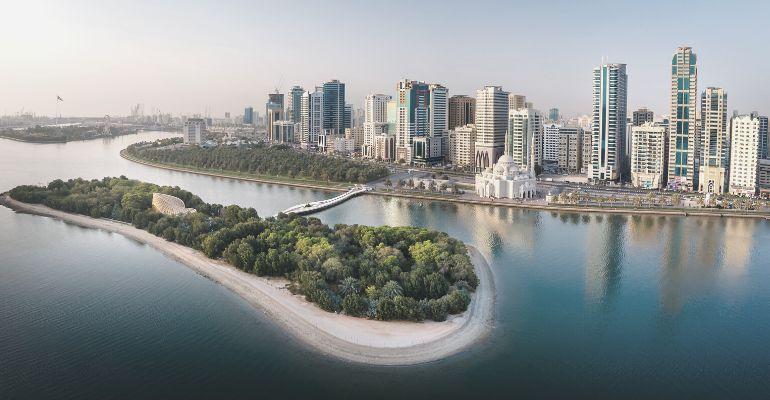 Significant milestones were met in Sharjah as contractual building permits surged to a value of AED 9.344 billion during the first half of 2022.

According to Sharjah Municipality, the contractual value of building permits in the emirate for the first half of the calendar year reached AED 9.344 billion ($2.54 billion). On the other hand, contractual values of building permits for which certificates of completion were granted emerged at AED 3.26 billion ($888 million). This is overall reflective of the major influence that the emirate of Sharjah is having on luring investors.

The Sharjah Municipality also stated that the engineering and construction industry hit several significant milestones within the first half of 2022. These were across a diverse range of sectors, including those involving the growth of infrastructure and services, which helped to fuel the emirate's rapid engineering expansion.

Over 37,721 inspection visits were organized for a variety of Sharjah city’s regions. Equally, a total of 10,650 engineering permits were awarded and 12,266 online transactions were also made.

Updating and enhancing construction and building standards has also been an important task of the Sharjah Municipality. This has been necessary to conduct continuously to stay consistent with the emirate of Sharjah’s urban and population growth. Equally, the need to meet worldwide standards has and continues to be a key consideration here too.

Equally, Sharjah’s real estate market needs to stay competitive with the real estate markets in Dubai and Abu Dhabi too. Both these cities although larger in terms of their populations also have thriving real estate markets. With frequent introductions of new reporting regulations in Dubai as an example, the emirate of Sharjah needs to have strong construction standards and regulations. It cannot afford to stand still as other emirates in the UAE continue to make innovative and progressive changes. Otherwise, Sharjah will start to lose out in the bid to attract real estate investment capital. So, it is clear to see why strengthening its construction standards and regulations has been a necessary move for the Sharjah Municipality.

CORE FACTOR IMPACTING THE EXTENT OF BUILDING PERMITS BEING ISSUED

The emirate of Sharjah is consistently pushing to strengthen its position as a place where investors can find excellent services and amenities. So, a consistent push to approve contractual building permits has been an important strategy for Sharjah as part of this. The overall aim here is to expand Sharjah’s appeal on a global scale and to facilitate further developments that attract interest and capital into Sharjah’s real estate market.