Red Sea Project is a step closer to LEED accreditation 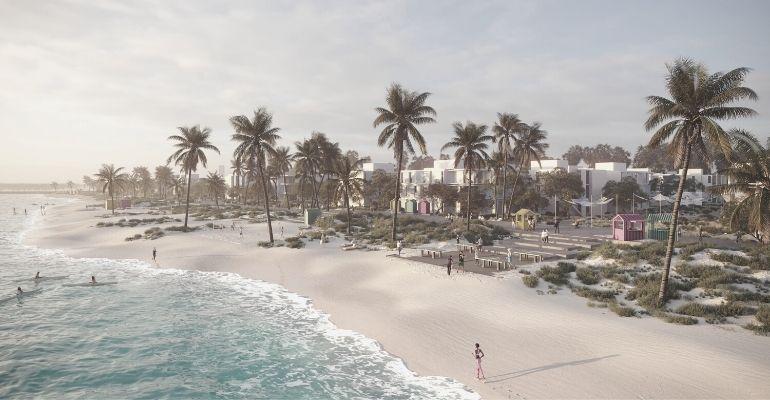 A BOOST IN DESIRABILITY FOR INVESTORS

The development, which was first announced in July 2017 by Saudi Crown Prince HH Mohammed bin Salman, runs along 28,000 square kilometres in The Kingdom, and is expected to provide a significant boost to the country’s GDP upon completion (currently scheduled for 2022).

The country’s western neighbour, Egypt, has traditionally been seen as the go-to tourism destination along the Red Sea coast, however the Saudi push in the region is part of a series of reforms seen in the country in recent years, aimed at spurring economic growth and diversification.

The latest LEED achievement is only expected to boost the Red Sea Projects desirability for investors. The Red Sea Development Company (the group behind the project) was awarded the first stage of platinum certification in the “Plan & Design” criteria of the Leadership in Energy and Environmental Design (LEED for Cities).

The certificate recognises the company’s use of practices aimed at supporting sustainability in the development of the project, as well as the standard of living for those who will eventually reside in the area.

John Pagano, CEO of the Red Sea Development Company commented on the news: “As part of our ambition to become standard bearers in luxury ecotourism, we are proud to have passed this first stage of LEED accreditation. The award is a recognition of our efforts to go beyond the current expectations associated with sustainable tourism, and to become one of the first global destinations to demonstrate a regenerative approach to tourism.”

On the back of the news of the project’s new LEED win, two new contracts were announced for the luxury ecotourism hub. According to the company, they were awarded to two firms – one from Saudi Arabia and second from Switzerland. The two companies are expected to play a key role in the development of 40 luxury villas in the Southern Dunes area, as well as a hotel which will be developed on Ummahat Al-Shaykh Island.

Commenting on the news, Pagano said: “It is exciting to award these contracts, which signify the start of a new phase for us as we move into the build of our stunning resorts both inland and on one of our key islands."

The first four hotels at the new luxury ecotourism hub are due to open in quarter four of 2022, at the same time as the completion of the new international airport which will serve the area. Twelve further hotels are planned for 2023, with a total of 50 resorts, 1,300 residential properties expected to be completed by 2030.

* Leadership in Energy and Environmental Design